Welcome to another edition of For What it’s Worth, where bargain titles are examined to see if they really are worth your bottom dollar. Right off the bat, I would like to say that I know I said that the review of BioShock would be the next one published but I’m kinda busy right now so, I’m going to publish a trio of easier to write reviews before I get a chance to finish it. This is the first of these three reviews.

I can’t believe it has almost been a year since I have started writing here on Bitmob and created the For What it’s Worth series. I remember my third review was Smackdown Vs Raw 2009 and now about 10 months later, the WWE is currently hyping up the release of the 2011 instalment of the franchise, so what better time than now to bring this full circle and review the 2010 game? Not only that but this will be my second wrestling game review over a two month period and my third wrestling game review overall. 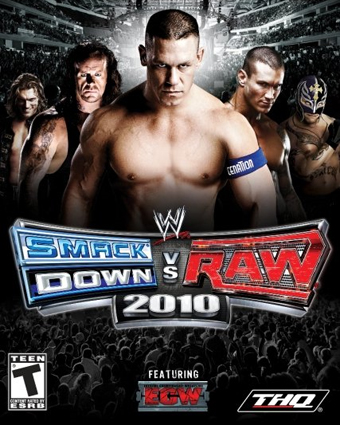 As I said in the past, as a fan of professional wrestling and a cheap bastard, I am trying to find a game that perfectly captures the wrestling experience, as well as being easy on the old pocket book. Smackdown Vs Raw 2009 was a decent effort but didn’t quite do it and TNA Impact gave it a good first try but ultimately failed. Is Smackdown Vs Raw 2010 an improvement over these two titles? Or is it another disappointment?


Story: The Road to Wrestlemania mode has six possible storylines to play through. You can play as Shawn Micheals and defend your career against the egomaniacal JBL who is Hell bent on making you retire. You can play as Randy Orton who must defeat his former Legacy team-mates, Cody Rhodes and Ted Dibiase and retain his newly won World Heavyweight Championship. You can play as Edge as he feuds with Mr. Kennedy (…Kennedy!) over the WWE title, while having the Smackdown General Manager in his back pocket. Brand Warfare gives players the chance to play a co-op storyline as either Triple H or John Cena in a battle between the three brands. John Cena representing, Triple H representing Smackdown and Big Show with John Morrison and The Miz representing ECW. Even though Brand Warfare can be played by two players, you can choose to play it solo and choose between Cena and Triple H. This edition in the franchise also offers the very first Diva’s storyline featuring Mickie James. In James’ story arc you’re chasing after the Women’s Championship as your boyfriend The Brian Kendrick chases after the Intercontinental Championship. You will also have to fend off your BFF and crazed stalker Natalya Niedhart. The ironic part of this storyline is James isn’t the stalker, because wrestling fans will likely remember the Mickie James Vs Trish Stratus storyline for Wrestlemania 22, where Mickie was in stalker role. The game also offers a nice Created Superstar storyline, which has your creation feuding against the boss man himself, Vince MacMahon and his group of croonies, especially Santino Marrella.

The storylines are executed as well, if not better than anything that the WWE offers during its regular television programming, so if you’re a wrestling fan or at the very least a WWE fan, you’ll likely dig these arcs.

Graphics & Design: Well the graphics are slightly improved this time around with more realistic looking character models, which obviously take cues from UFC Undisputed 2009, although they don’t quite look that impressive…yet. Another neat thing about the graphics is how the wrestlers take damage. They sweat, they bruise and bleed (in buckets I might add. Oh and the referees don’t put the match on pause) like in any hard hitting “contest” featured on WWE programming. The arena’s look as well as they did the last time around and unfortunately so do the live crowds, which sport the same N64 style graphics.

Sound: The WWE superstars do yet another great job providing their voices to yet another edition of the Smackdown Vs Raw franchise. The entrance themes for each wrestler are as crisp and clear as ever and the crowd chants are actually pretty cool. Chants like “This is awesome”, “Holy crap (because you can’t say shit)”, and Koslov’s gonna kill you” (obviously a shot at TNA’s Samoa Joe) make the game that much more of an authentic wrestling experience. 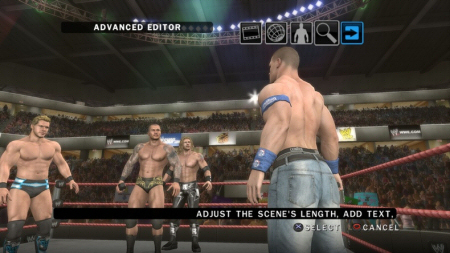 Gameplay: Lets talk about the basic gameplay first before we dive into the more heavy stuff. The game pretty much features the same style of match gameplay as the 2009 version, except that the strong grapple from the 2007 version makes a return. The game also sports two kick out systems. The regular one which is just button mashing and a simpler version of the button holding and releasing system used in Legends of Wrestlemania.

Like in anyother edition of the series, 2010 also offers some new match types. These new match types are the Championship Scramble and Mixed Tag Team matches. It is also worth noting that the Divas can now take part in all match types now with the exceptions of Hell in a Cell, Elimination Chamber and First Blood. Oh and the Divas can no longer wrestle against any of the male wrestlers. If a male wrestler touches a Diva (why the WWE just can't call them wrestlers is beyond me) in a Mixed Tag Team match, his team will be disqualified.

Each superstar has their own set of special abilities (each can hold up to five) like using the referee as a shield or rallying some extra fan support, or using the ropes for extra support when pinning an opponent or even gaining instant recovery after being hit with an high impact move (ala Undertaker or Kane). These can be picked as you play through the basic Career Mode.

Another neat new feature is the Training Mode, which teaches you how to perform basic moves. It is a standard tutorial but the neat thing about it is that it is intergraded into the main menu. As you try and decided what mode you want to try, you'll notice John Cena and Randy Orton duking it out in the background. Just select the Training Mode and you take control of Cena and a checklist will appear on screen and give you instructions on how to perform each of your moves. You can also mix things up by selecting different wrestlers.

The Create A Wrestler Mode is back and is the same basic thing as before, except this time around, you can create a unique entrance movie for your superstar with a series of animations.

Another new feautre is Superstar Threads, which allows you to change up the costumes of each wrestler and by that I mean change the colors. This kind of thing was done better in Raw 2 for the orignal Xbox. In that game you could change everything about the cosutme except for the wrestler's head.

One last thing that is worth mentioning is the new Storyline Creator, which allows you to map out ten years worth of Storylines for Raw, Smackdown, ECW and every single Pay Per View. You write the dialouge for each character and use different props, settings and animations to make your fantasy booking project come to life. You can even share your stories over Xbox Live (or PSN). THQ pulls this off very well and is perfect for those who have always wanted to play the role of pro wrestling booker. However, it can be pretty time consuming and if you don't plan on sharing your storylines over the Internet, then it can be pretty pointless.

Extra Features: Well besides being able to share your own unique storylines and play all of the different match types against opponents online, there are also a few secrets to unlock through out the Road to Wrestlemania storylines, like different backstage areas, alternative outfits, a new title belt and of course hidden wrestlers. There is also a “Stone Cold” Steve Austin DLC pack.

Replay Value: Well, the total time it takes to play through all of the Road to Wrestlemania storylines takes about 12 hours, so you’ll get a decent of playtime that is worth the $20 price tag. The ability to create your own storylines, also gives a great deal of effort and play time for those who are interested in testing their creativity and fantasy booking skills. If you’re not into that you can always play the Exhibition Mode to your hearts content and change around the rosters and various championships. And of course there is also Career Mode. However, even with the various modes, Smackdown Vs Raw 2010 can get pretty redundant after a while, especially if you own any of the previous Smackdown Vs Raw games.

Overall Value: Retail Price- $20
What it's Worth- $30 (if you want an updated roster or don’t have a WWE game)

Even though they have added some fresh and interesting elements (like the ability to create your own storylines) to the series, 2010 still ultimately feels like every other entry in the franchise. However it isn't stale to the point of no return and the new additions are definately a good step forward and from the looks of things, 2011 could be using this blueprint to create an entirely new and exciting experience. Until then, the search for the perfect wrestling game continues.

Until next time: Happy Hunting!

Next on the docket: Scott Pilgrim Vs The World: The Game