When I was about four or five years old, a friend brought along his Game Gear on a winter campout with some adults and friends.The system carried a Sonic the Hedgehog 2 cartridge. I had to try it out, because back in those days, I thought Sonic looked awesome. 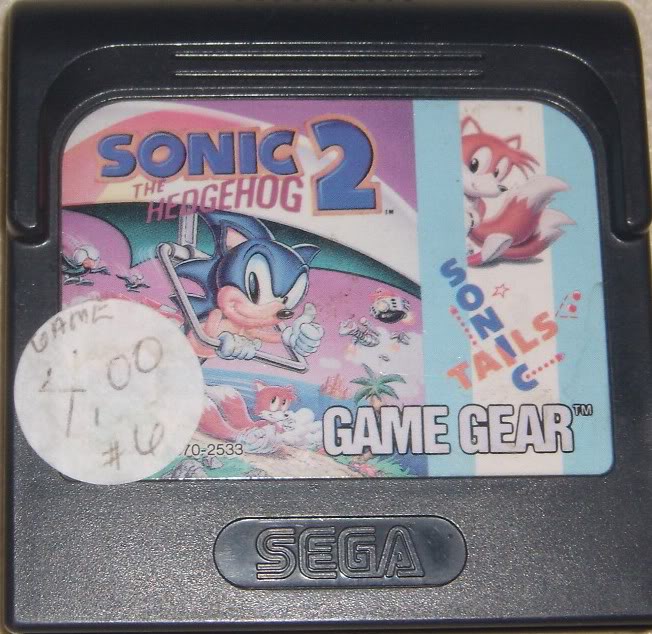 Little did I know that this was one of the most hellish versions of Sonic the Hedgehog ever known to man.

I actually enjoyed the first few stages of the game, until I reached the dreaded first boss. In this version, Sonic must dodge a series of bouncing balls, which the evil Dr. Robotnik shoots at you. You have to jump over them, so that the ball hits the centipede monster at the bottom of a hill. The only problem is that the balls bounce almost as high as you can jump, so you have to time your jumps perfectly.

I hate the stupid bouncing balls at 3:00.

I hated this stupid boss. It's almost impossible to defeat the monster. The Game Gear's screen is small, so you can't even see the bouncing balls that are about to hit you. However, I felt like I had to defeat the damned thing.

After two hours of gameplay, the battery died. We had to recharge the thing just to play it again. However, we never got past the stupid boss.

All the kids in the group wanted to tear the Game Gear apart, because the stupid bouncing balls kept killing us. It was the most aggravating and irritating first boss I had ever fought in my life. At one point, I had gotten so obsessed with the boss that I had forgotten that our group went outside for a group project. So I went outside into the freezing snow and I got lost.

If there wasn't a ski resort nearby, I probably could have died out in the wilderness. Thankfully, the adults helped me find my way back to our cabin. At the time, this was probably the worst vacation I had ever had with my dad. If I'd known that there was an easier version of this game for the Sega Master System, I would have stopped playing the stupid Game Gear.

I didn't even know that there was an easier Sega Master System version. I hate you, Sega.

Yet, I enjoyed the memories with this game. Even if I hated the boss. This is a perfect example of how a game can transform into a completely different experience on a portable system. If anyone still has a Game Gear, I challenge you to try and beat this horrific game. It still terrifies me, even to this day.

EDIT: You can try this challenge out on the Sonic Gems Collection for the Nintendo Gamecub. Don't worry if you can't beat this game. You can always switch to Sonic CD if you can't jump over the bouncing balls.