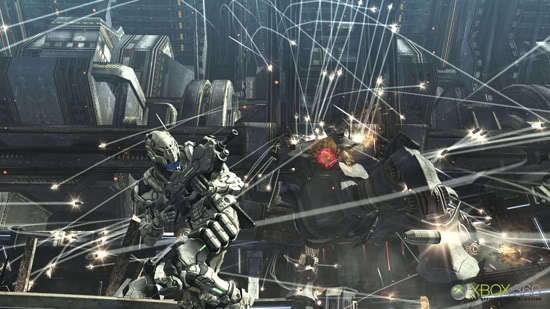 Bad games have burned each and every one of us before. Some days, it feels like every title coming out of the industry’s rhythmic maw is just another rehash of a tired-yet-lucrative concept. It’s understandable, then, that when presented with new game announcements, some of us react in a jaded, cynical, or cautious manner. We want proof that this new, shiny promise isn’t going to blow up in our faces, forcing our wallets to take $50 to $60 in damage as we reel from the blast.

Most people have limited amounts of time and money, so I can definitely understand the cautious approach. But sometimes, we take it too far. We’re so quick to shun or decry anything and everything that doesn’t immediately look like a winner that we pass over worthy titles that don’t immediately grab us by the throat and scream “You will love me.” Worse yet, we’re denying ourselves one of the best parts about gaming: the sense of wonder, excitement, and anticipation that comes with the lead up to a hot new release.

Cautious skepticism is one thing, but we need to remember that it’s OK to get hyped up about games.

When Platinum Games announced Vanquish earlier this year, I wasn’t incredibly excited about it. Despite Shinji Mikami’s involvement, and the fact that the carries a high pedigree, I just couldn’t get into the idea of another third-person shooter.

As more details and gameplay videos emerged, I changed my opinion. Eventually, a good friend of mine urged me to try the demo when it hit the Xbox Live Marketplace. And while Vanquish still feels like the same cover-based third-person shooter I’ve grown to expect, even after getting some hands-on time, the level of polish and quick pace won me over. I’m excited about it now, and look forward to picking it up on October 19th. It's my kind of game.

If you look at different forums, though, you’ll see a similar journey, but one that doesn’t quite arrive at the same place. The common argument is that Vanquish is just a space-age Gears of War, with all of its ideas and concepts stolen from other, similar games. Nothing original here. Nothing new. No multiplayer! Move along. Nothing to see here.

What gets lost in that dialogue is the fact that Gears of War is a solid game — one that changed the way we look at the genre. Most of the people poo-pooing Vanquish have played Gears of War, and most likely, Gears of War 2, and I would wager they enjoyed the Hell out of them both. Why wouldn’t they be up for a new and interesting take on the same action that they loved just a short time ago?

The problem is twofold: First, we, as a gaming populous, have had the idea that every new game must be massively innovative and substantial force-fed down our throats. If it doesn't do that, it’s a piece of derivative trash. Iterations on old concepts are cheap cash-ins and are not worthy of our valuable time, and what we liked before is no longer relevant. The future of the medium is important if we’re going to move forward. So goes the attitude.

However, no other form of entertainment in history has rose to where it is now with those same expectations. Most movies, musical works, and literary classics involve themes, tropes, and in some cases, entire narratives from contemporaries. The iterative process is the key to evolution, and without it, we’re just stabbing in the dark, hoping to hit the mark. It makes more sense to map that darkness to a grid, and slowly poke each point as we work toward that glorious spot of light we’re all reaching for. 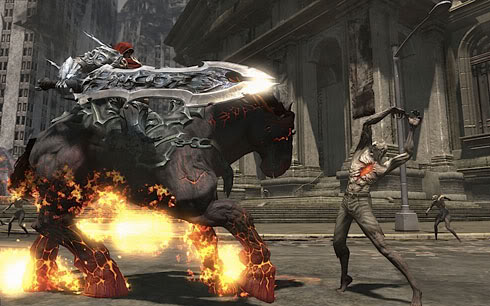 In that respect, something like Darksiders, another underappreciated game railed for borrowing too much from other titles, follows in the footsteps of other influential forms of media. It takes the core Zelda concepts (exploration, puzzle solving, and application of newly discovered tools) and applies them to a more mature setting with a bigger emphasis on combat. The result is something new made out of something borrowed, and with it, designers and gamers alike benefit from a different take on that concept.

Even Star Wars, as influential as it is, is simply a new interpretation and setting for Joseph Campbell’s monomyth, commonly referred to as “The Hero’s Journey.” If Star Wars can get away with lifting its entire narrative structure from literally every classic legend, certainly Darksiders deserves some credit for taking a similar approach. We should have let Darksiders get us excited — hyped, even.

So, why weren’t we? And why aren’t we more excited about Vanquish? Herein lies the second part of the problem: Being excited about games, generally speaking, makes a person appear immature and naïve. Games are serious business. If you invest yourself heavily in the industry, it seem important to be fair, metered, and unbiased — especially if you’re looking to break into game writing, as many Bitmob posters are. Showing genuine anticipation for a game that has only a few screens, a few tidbits of information, and maybe a trailer attached to it means you’re falling for corporate spin by not adopting a stoic “wait-and-see” demeanor.

But this attitude, too, is also misguided. Yes, it’s important to wait for a final hands-on playthrough before we bring the hammer down on a new game. Forming an entire opinion before getting some playtime is immature and foolish. But that doesn’t mean we can’t let ourselves have first impressions, and it doesn’t mean we can’t be really optimistic about something based solely on the fact that the premise appeals to us. For proof, look at Ryan Davis and Garnett Lee. Both are accomplished members of the games enthusiast press, and neither is afraid to show some genuine enthusiasm over a promising preview. A title may burn them, and they may feel bitter about it later, but that doesn’t stop them from getting excited. And it shouldn’t stop any of us, either. 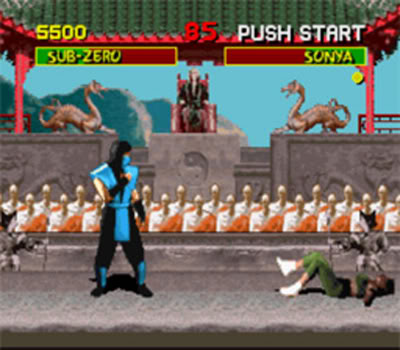 The simple fact of the matter is that getting hyped is natural and fun. I remember waiting with bated breath for Mortal Kombat to make its way to home consoles, and once the commercials started airing for Mortal Monday, my friends and I reached a level of fervor that bordered on comical . I remember lining up for Wrath of the Lich King at midnight and allowing myself to feed off of the good vibrations of every other person in the line, all of us eager to storm the beaches of Northrend en masse. And most of all, I remember replaying the trailers for Devil May Cry 2 for months before release and pouring over them for any hints I could find as to how the new combat system worked.

Each of those games burned me in some way, but I can still fondly recall how great it was to get hyped for them. Getting hyped isn't wrong. Whatever your station, and regardless of how the rest of the gaming populous may perceive your enthusiasm, don’t be afraid to champion a new game that you personally think will be worth playing. Even if it ends up being a total stinkburger, so what? Getting excited about new titles and tech is one of the best parts about what we do. Remain cautiously optimistic if you have to, but don’t be afraid to be hurt, and don’t be afraid of how others may view your attitude. And don’t deny yourself the joy of anticipation. Games, whatever your approach to them, are supposed to be fun, after all.