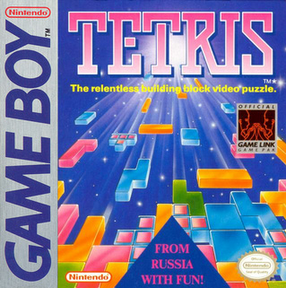 Some of you know it as the Tetris theme, others as "Music A," and others still others — who are familiar with Russian folk music — as "Korobeiniki." It is one of the most iconic pieces of video-game music in existence, ranking alongside the Super Mario Bros. theme and the Final Fantasy victory fanfare in renown. But you know what? It’s also just one part of the soundtrack from one of the most popular, successful, and beloved video games ever created.

Nintendo's handheld version of Tetris wasn't the first — and certainly wasn’t the last — game to take the name. But it was the most enduring as a pop culture icon. While this is surely due, in part, to its attachment to the immensely popular Game Boy, which gained traction among early-'90s young and old alike, you can't look past the soundtrack as an explanation for why this version — and not some other — has captured the cultural imagination.

The public knows — at least subconciously — that the game has three themes, even if they don't know the names: "Music A," "Music B," and "Music C." You can choose between them as the background soundtrack to your hapless plight while fighting against a never-ending hail of tetrominoes. And they each possess a slightly different kind of upbeat tempo that is not only consistent with the hectic, on-the-edge-of-your-seat action, but also, the stark sense of false hope that prevails so strongly throughout the game.

Given the shroud of the Cold War — under which Alexey Pajitnov created Tetris  — it is appropriate that such a tonal contradiction exists. While people hoped for better days and worked to succeed, the future offered ceaseless uncertainty — as though, at any moment, all could be lost in a gigantic mushroom cloud. 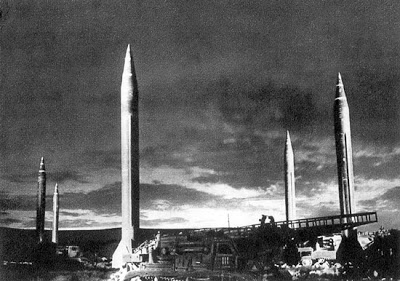 Tetris takes this tension and expands it. When you play, it catches you between enjoying the present and fearing the future. The onscreen action becomes increasingly frantic, forcing you to make quicker and quicker decisions. You need to think further and further ahead as the ever-increasing drop rate whittles down your decision time. It only halts with the press of the start button — or a failure to react fast enough.

Yet the music remains constant, repeating that same 38-second loop for as long as you can survive. Apart from death, the only respite from this ceaseless repetition can be found in pausing the game — a task which is met with two satisfying electronic double-beeps, like a digital stopwatch being started and stopped twice in quick succession. Unpause, however, and both the game and the music pick up right where you left off, as if to say that you cannot escape the inevitable; only delay it.

The incessant repetition of sounds and music takes away your ability to sense time. If you try to count how often the music has looped, you’ll lose focus and lose the game. But if you let it take you over, it becomes a part of you. Soon you stop noticing that the music repeats. It feels fresh, yet familiar — old, yet new. The rhythmic do-dos and dee-dees take on new form as they narrow in your focus on that 2.6-inch tinted, monochrome screen. The hypnotic falling of tetrominoes may draw your attention to the screen, but the music keeps it from wavering. You enter a state of "flow" as your sense of hearing meets with touch and sight, and you attune to the brick-shaped handheld. 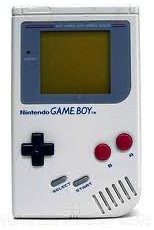 Should you manage to reach one of a few of predetermined milestones — 100,000 points, for instance — a cut-scene is shown with a rocket or space shuttle launching to a triumphant soundtrack. The music here tells you that you really achieved something. Although the falling tetrominoes eventually got the better of you, it was a noble effort. Given that it likely took several minutes of intense concentration — piled on the back of hours of practice — to get so far, this is surely justice served. A less congratulatory music could play here, but this would have only served to alienate players who felt they’d done something incredible in reaching the milestone. In a sense, the music makes it all worthwhile.

With a different soundtrack, Tetris for the Nintendo Game Boy would have still been a good game — why else would people buy and rebuy the gazillion ports and remakes found on nearly every console, handheld, and phone ever made? But only the Game Boy version is ingrained in popular culture. Only the Game Boy version has music and sound effects that random strangers on the street can hum back to you. And for this it surely must be considered to have one of the greatest soundtracks ever to grace a video game.