Everyone sucks during zombie apocalypses but you. For some reason, it seems like everywhere you look, people are completely incapable of running away from a shambling zombie and unable to break their death grip on your neck/arm/leg/or other body part of their choosing.

You, on the otherhand, are the most watertight, most indispensible zombie-hunter out there. How does one become such an extreme/ultimate zombie hunter such as yourself?

By following these rules to a T: 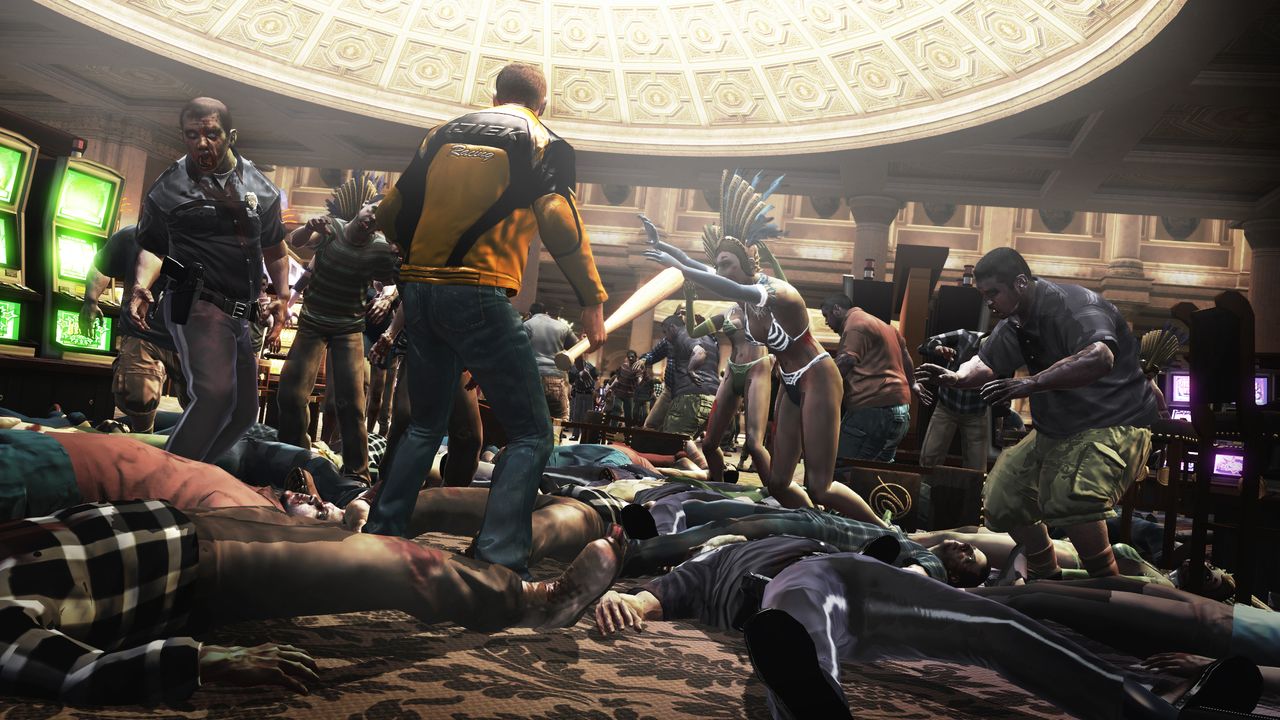 Keep moving! A zombie can't keep up with you if you're constantly moving. Standing still is like inviting a chomp into your earlobe. Don't know where you're going at the moment? Keep moving! In circles if you have to!

Stay away from the hordes! Zombies don't purposely follow each other in packs. However sometimes their shambling feet take them that way. There is no order to their madness, so make sure to travel through the least-packed areas. It makes for an easier time getting through without getting your hands dirty. And as stated before: keep moving!

Pack tough! Plan on being out for a while? Make sure to pack durable and strong weapons to hold you out for the long hall. And pack a snack along the way. You never know if you're going to get hungry along the way, or cure a zombie bite (Coffee creamer cures zombie bites like you wouldn't believe!).

Go to the bathroom often! Nothing is more worse than being in the middle of a zombie apocalypse, unless you're in the middle of a zombie apocalypse doing the pee-pee dance. For one, it makes you look like an idiot. For another, it slows you down. And if you die, then what? Now you gotta go back to where you last went to the bathroom. Hard work for nothing.

Keep your head on a swivel! Think pumelling the zombie in front of you with MMA gloves is all you should focus on? Zombies, although slow and dangerous behind the wheel of a moving car or tanker truck, can be sneaky little devils and will often grab you from behind. Keep that camera of yours moving so you don't get caught!

You're not alone out there! Don't be a dick/bitch and not try to help anyone. Most people aren't the extreme zombie killa that you are, so make sure to share that skill of yours with others. Help them out. You never know what kind of kickback you'll get as a result.

Have fun once in a while! Nothing beats the zombie blues better than a free-for-all zombie killing spree. If you're down in the dumps, find some decent weapons and declare wabbit season on anything on two legs moaning "brains!" Nothing brightens your day better than stuffing a zombie's mouth with a human foot. Speaking of…

Don't forget the corny lines! Some good ones are: "Foot in your mouth again?" "Fore!" "Get to the safe room!!" "Don't lose your head over it!" "Chuck can kill two zombies with one stone," and the ever classic "I hope this is not Chris' blood." Bonus PP if you get that reference.

There you have it, now everyone can be an expert zombie hunter just like yourself. Remember these rules well, because they are essential to your survival during the zombie armageddon happening in your streets right now. (Really, right now!!! Ha, made ya look…)

And also, carrying this around couldn't hurt either. Happy zombie hunting!