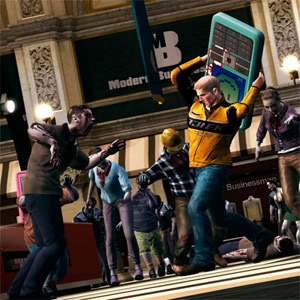 Dead Rising 2 is not for everyone. In fact, it’s not for most people. In an age where games are designed with accessibility in mind, it’s hard to imagine that a game with such an unfriendly end user experience. Weapons constantly break, leaving players defenseless against the hordes of the undead. Strict time limits discourage true exploring, offering a mixed message when the game is set in a world that resembles a sandbox.

And the save system, possibly the worst culprit of all, totally disregards modern concepts like checkpoints and continues, giving ample opportunities to totally ruin current game progress. If there was a video game equivalent to the School of Hard Knocks, Dead Rising 2 protagonist Chuck Greene would be sitting in the front row.

As a champion of accessibility in games, I should hate Dead Rising 2. I should, but I don’t. I’m actually in love with the game, even when it makes me work so very, very hard for that love. From top to bottom, everything about the experience is temporary and ultimately fragile. It’s the total antithesis of everything we’ve come to expect from modern games. And that’s what makes it such a worthy experience. 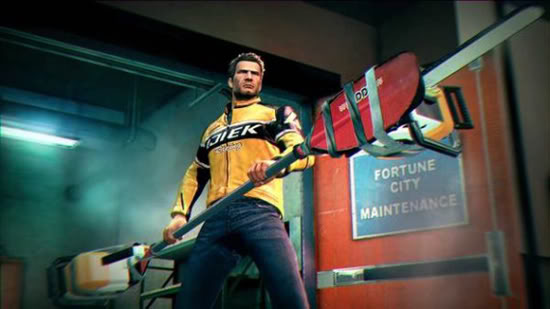 One of the main tenets of the Dead Rising series is the player’s ability to use just about anything in the environment as a weapon. Tools range from practical to absurd, and through the new weapon combo system, Chuck can craft some devilishly creative implements of destruction, capable of mowing down a herd of zombies stylishly and easily.

Yet everything in Dead Rising 2, from baseball bat to paddlesaw, degrades with use. Each swing may drop a zombie or eight, but every point of contact also weakens that weapon, until eventually, it breaks. This inevitably leads to frustration, as hard-won items made from difficult-to-acquire components can disappear at the most inopportune times — or worse yet, dropped prematurely in a crowd of enemies.

Breaking weapons is frustrating, but it also gives value to each crafted or discovered weapon, and by extension, gives value to the whole game. Knowing that you’re getting 300PP a hit off of your Knife Gloves (one of the game’s more powerful combinations) may encourage a player to run into a throng of zombies and slash with abandon. This is where Dead Rising 2 becomes cathartic, but at the same time, there’s always a nagging voice in the back of the player’s head urging him or her to hold onto that prized weapon, just in case a situation lies around the corner that demands it. Each swing becomes a decision at that point, conscious or otherwise, and wasted shots from projectile weapons truly feel like misses, even if another gun is just around the corner.

Weapon degradation also encourages players to explore their surroundings a little more thoroughly, to plan ahead, and to be strategic in their decisions. Can you get from here to the Yucatan Casino with just a spiked baseball bat? Or should you use that Defiler you’ve been saving for a chance encounter with a deranged survivor? It’s here that players will feel the real sense of uncertainty and general unease that comes with fighting for survival — especially when combined with Dead Rising 2’s quickly ticking clock. 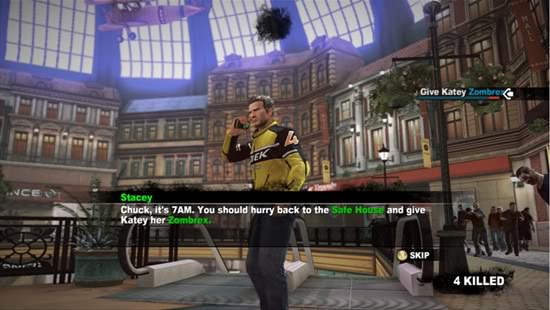 
Dead Rising 2, like its predecessor, tasks players with uncovering the source of a zombie outbreak within a very strict 72-hour in-game time limit. A minute in game time equals only five seconds of real time. Ignoring load screens and cinematics, the player only has 6 hours to uncover the truth. That truth is uncovered by a series of cases — story missions that activate at specific times — and if the player fails to arrive at the designated point in time, the story ends. It’s possible to continue past this point, undoubtedly towards one of the game’s bad endings, but without a chance to recover progress outside of starting the game over.

The timer — not the zombie horde — is your worst enemy in Dead Rising 2. It’s entirely possible to finish a mission without enough time to reasonably complete the following objective, forcing a reload from the last save or a restart of the entire game. This adds a great deal of tension, but like the weapon degradation system, it also makes the time spent in the game more valuable.

Look at your watch. Do you have enough time to get to a survivor’s call before he/she is mauled to death? Do you have enough time to save your game first, in case the situation goes poorly? Is there time to bring the heavy leaf blower you’ve found to a maintenance room on the way, hoping that you won’t have to search far for something to combine it with that might aid your rescue? Will it affect the entire state of your game progress if you stop by a few clothing stores, eateries, and toy shops to goof around and explore what Dead Rising 2 has to offer?

The answer to all of those questions is a shaky “maybe”, often leaning towards a “no” if the player isn’t entirely prepared. Knowing that you’re taking time out of your desperate struggle to try on shoes invokes the same feeling as playing hookey as a teenager — the idea that what you’re doing is wrong, and that you’ll probably have to pay for it in some way later, but the thrill of deviation is just too much fun to pass up.

In this way, Dead Rising 2 succeeds in making time a commodity, a priceless resource to be squandered or invested at will. But without the game’s save system, it wouldn’t be nearly as successful in making every moment count in some way. 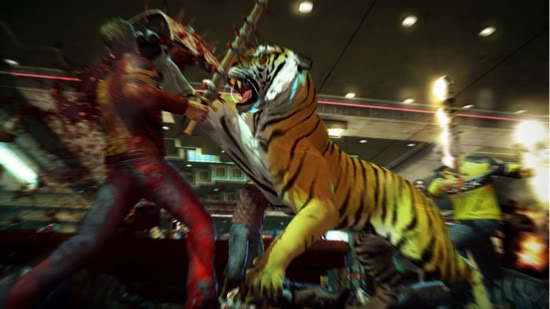 
Dead Rising’s save system is oft-cited as the game’s worst feature, and the sequel keeps the original design largely intact. Without checkpoints, the only way to continue progress after dying or failing a case mission is to reload a previous save. And while Dead Rising 2 gives players three generous saves in comparison to the first game’s single slot, newbies will often save at the wrong time. While most games will turn back the clock, refill a player’s health, or otherwise prevent total game failure, Dead Rising 2 relies on the player to decide when to save, where to save, and how often to save. Poor save management leaves players with no option but to restart the story.

This is where Dead Rising’s divisive save system shines. When you restart the story, you’re allowed to do so with all of the character progress you’ve earned on a previous file. Character levels, weapon combo cards, and some achievement status carries over, including any special key items or unlockables the player has discovered. The old save is deleted, and the player begins a fresh game with a definite advantage. In this way, Dead Rising 2 really forces players to learn from their mistakes, coming back into the Groundhog Day game world wiser, stronger, and just a little bit humbled.

Ultimately, players will succeed through trial and error, and while the sting of losing five hours of progress because of a single poor decision hurts, the rush of starting over game with a new approach isn’t something players get to experience often in modern games. It’s a bittersweet experience, but definitely a unique one.

Dust in the Wind

It’ll be interesting to see how the gaming community remembers Dead Rising 2. Its world, where everything is temporary and perishable, is almost a refreshing contrast to the hand-holding that most games employ. Accessibility is one thing, but coddling is another, and Dead Rising 2 definitely does not do players any huge favors. Those that can handle its odd gameplay systems will find an interesting, frustrating, and ultimately rewarding experience. For bold game designers looking for some inspiration, it’s practically required playing. Whether you agree with its philosophy or not, everybody can learn something about game design from a game like this.