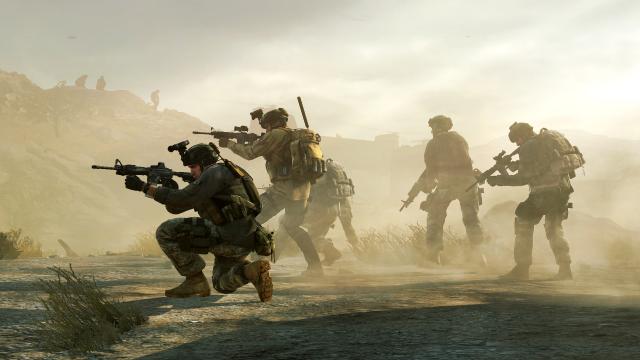 I know you clicked onto this article in anger. "What moron would think ANYTHING is better than Modern Warfare??" you're saying right now. Read on to see what I feel are the biggest strengths for both games.

Modern Warfare (I speak for both 1 and 2) focused on explosive set pieces. It had a powerful storyline rooted in fiction, yet could be plausible in reality. The graphics and framerate was top notch, and the sound and effects sounded like you were right there in the thick of it.

Medal of Honor focused on explosive set pieces. It had a powerful storyline rooted in fiction, yet could be plausible in reality. The graphics and framerate was top notch, and the sound and effects sounded like you were right there in the thick of it.

Wait, did I just copy and paste both paragraphs? Yes I did. Why? Because they are both the same game, to a certain degree. Both are military shooters. Both put you into the boots of some of the strongest soldiers on the planet, fighting against an enemy that will not quit or waver. So if they are, in a sense, the same game, why do I claim MoH as the new reigning king?

For those that haven't yet, I highly recomend picking up and reading the book "Lone Survivor" by former Navy SEAL Marcus Luttrell. It details a mission him and his fellow SEALs went on in Afghanistan, and how things went fubar quick. Out of four SEALs that embarked, and a rescue crew of at least four more, he was the only one to return. Eight of the strongest men this country has to offer. The courage and strength Marcus has I feel is unrivaled to most anyone out there.

Since I have read this book before playing Medal of Honor, I may have come into the game with a different mindset than most. Modern Warfare's Michael Bay-style blockbuster presentation may not be as big as Medal of Honor's presentation, but that's not what the developers at Danger Close intended, and that I feel begs your attention more so than the "glitz" and "glam" video games are held to now.

Upon completing the campaign (a short but sweet one), I shed a tear in ode to those before us that gave their lives for a cause many of us cannot understand (for many different reasons) and for some who never will understand. To say that this game is offensive to the American military cannot even begin to judge until they played the game. Medal of Honor is set in Afghanistan, during a real conflict, fighting enemies that are real and a threat not only to our freedoms, but the freedoms of others around the globe. This game honors the soldier. Video games can now be held up as an art form, and a proper way to convey a narrative, and/or a message. Medal of Honor did that almost perfectly. It shows you almost EXACTLY what it is they are going through, and the struggles they endure. 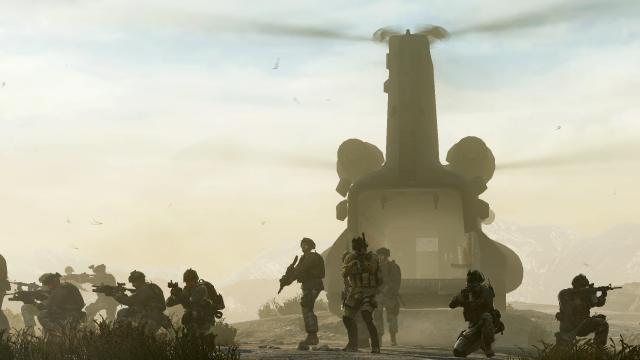 Instead of playing the game and thinking "I wonder how this stacks up to Modern Warfare", clear your mind of any shooters you've played before. Play the game to understand the message on what Medal of Honor is trying to portray. Try to understand why so many will sacrifice their own lives for so few, or even just one. Yes, the graphics look gorgeous, the sound is top notch, and the mutiplayer is there for you as well. The storyline may be thin compared to Modern Warfare, but you're talking about a short story in a much larger epic. The story is about courage and sacrifice, not conspiracy and a twist ending.

Underneath the initial presentation (graphics, sound, animation, etc) lies a game that is trying to grasp for your attention. Unfortunately amongst the multitude of sub-par reviews of the game, many have failed to hold the game up on what it was intended to be: a game that honors the warriors that fight so you don't have to.