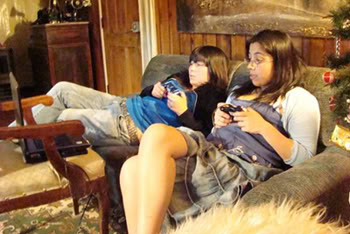 We’re all told at some point in our lives not to take our work home with us. It’s good general advice, meant to keep our professional and home lives from becoming entangled. However, if you put any kind of passion or thought into what you do for a living, whether you flip burgers or craft nanomachines, you’re bound to think about your job when you’re off the clock.

This is precisely why many game journalists have a hard time taking off their critic hats when they get home.  They’re often exposed to the same kinds of products in their leisure time that they work with all day, so it’s natural that they would begin thinking about them in a professional mindset while lounging in the living room. It takes a certain level of experience and a particular mental attitude to enjoy something from your professional life in your off time without going insane.

However, having both critiqued games and been involved in game development, I can say that game journalists have it easy. Even for a quality-assurance tester like myself, with only four months of experience, it’s very difficult to look at the games I play in my own time without letting my training interfere with them.

Eye of the Tester

During my first contract, I developed what I refer to as “Tester’s Eye,” or TE for short. It’s a condition all dedicated testers contract. The symptoms of TE are as follows:

Generally speaking, most of these symptoms can be controlled or ignored. I can accept that every single game in the world, from your favorite indie darling to the biggest AAA release, has at least a dozen things wrong with it. And I can mostly curb my ability to track down those bugs once I discover them in my free time. I learned a long time ago that things like memory leaks happen, and single freak occurrences with astronomically low reproduction rates are almost impossible to pin down, even if you spend a week looking for nothing else. I can check the instinct to hunt them down in the interest of waning sanity.

The real downer, though, stems from knowing where problem areas will arise in games and in having a bit more insight than the average gamer into how games are made. Those are things you can’t unlearn, and they’re difficult to turn off, even when you’re sitting on a couch. 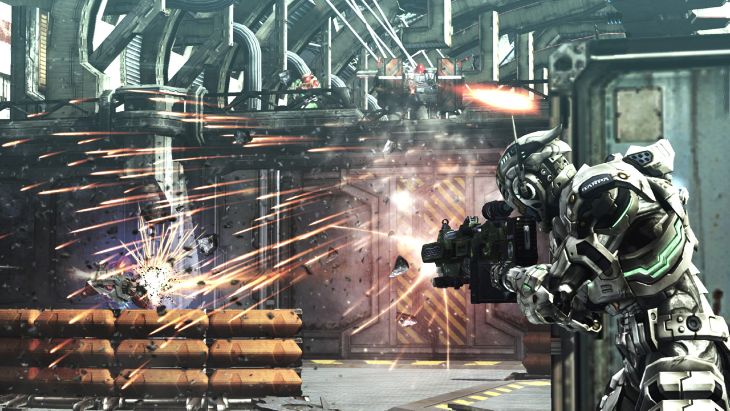 Paying Attention to the Man Behind the Curtain

Game development isn’t an exact science. Many studios have become really good at it, but there still isn’t one hard-and-fast way to make video games. Computers — and games by extension — function via math and rules, which are hard and fast. But when you introduce those rules into a game world, that’s where problems arise.

Take a cover-based third-person shooter like Gears of War or Vanquish. Both games have a mechanic whereby the player can vault over a piece of cover, provided there's space on the other side. If there isn’t enough space, or the area to be occupied isn’t zoned as a place a player can go, the vault isn’t allowed to happen.

But sometimes, programmers and designers make mistakes, and you’ll come across terrain that hasn’t been zoned properly or terrain that breaks a rule by containing two properties at once. This is where seams and clipping occur, and both Gears and Vanquish have spots that fall into these categories. That’s why Quality Assurance teams exists: to find those mistakes and make the development team aware of them.

Once you know why these things occur, and you can predict them to some degree, some of the mystique goes away. You know that that vista over the horizon is someplace you’ll never go, because it’s just a background texture. You realize quickly that, aside from special circumstances, your character will have a limited amount of ways to interact with the game world. And in the worst cases, the curtain lifts fully, and you come to the depressing realization that games are just a collection of math and assets.

When you reach that point, the immersion has long since left the building. This happens to some gamers who choose to play games that are unbelievably rife with bugs, but for a tester, it takes a lot less to force that awareness. Now, all you’re looking at is an executable program, with predefined actions and reactions. That can be a hard thing to shake.

Fortunately, there’s a way around that awareness. I believe that any game developer, tester, or jaded gamer can get back to that total sense of immersion and wonder that got them into gaming in the first place. It’s worked for me, and it’s so simple that I didn’t think of it right away.

All you need to do is shut your mind off and play a really friggin’ good game.

Now, when I tell you to “shut your mind off,” I do so knowing that that’s entirely impossible. Everybody thinks, and trying not to think just makes your mind work all the more diligently.

The trick is to put your mind in a state of soft focus, similar to giving up focus in your eyes, so that you’re not thinking about any one thing in particular. Don’t zero in on the way your character is moving or where the enemies are coming from. Don’t look at the terrain and think about where you can walk and where you can’t. Don’t even think about the best action at any given time. Think about the game as a whole, all at once, and what you’re experiencing.

When you play a solid game, especially a fast-paced one, you’re not just playing through logical equations and generated assets. Good games are more than the sum of their parts. They create real emotions and memories that stick with you for some time.

It sounds like New Age hipster talk, but think back on your first game of Super Mario Bros. You weren’t concerned with frame rate or collision detection back then, or the fact that the world always scrolled horizontally, never vertically. You just accepted things like Mario’s inability to break bricks when he’s small, or Buzzy Beetle’s invulnerability towards fire. You were likely lost in the experience, as I was, totally taken away by something so simple, yet so engrossing.

A good game will do that for you, if you let it. 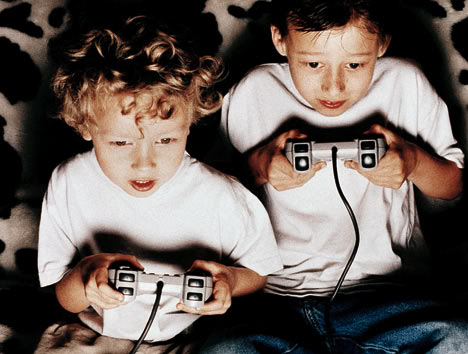 A Lesson for Everybody

Though most of this piece has focused on detailing why it’s difficult for game testers and game developers to turn off their professional training and instincts, there’s something everyone can take away from this: Don’t be too quick to pull back the curtain.

In our rush to become more savvy consumers of media, we try to understand every facet of how it’s produced, how it’s marketed, how it’s ultimately consumed. For some people, the kind who pour over NPD numbers and want the inside scoop of goings on at their favorite studios, that can be just as fascinating as enjoying games firsthand. And for people who work with games on a daily basis, knowing how games work isn’t an option. It’s a part of the job.

It’s important, then, to leave a little bit of the curtain intact whenever possible. When you see something new and exciting happen in a game, something you never thought possible, ignore the first instinct to understand how and why. Revel in it, and create a positive memory of that first moment of unintended discovery.

Experiences like those are what make gaming such a unique and compelling activity. Don’t let your insight, professional or otherwise, ever take that away from you.