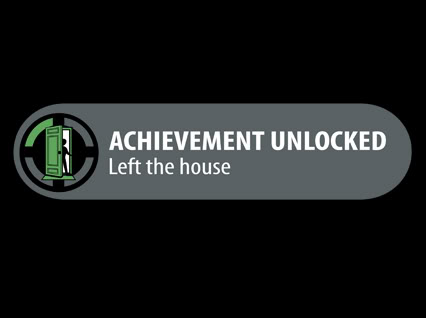 Whether you care about them or not, Xbox 360 Achievements make millions of gamers salivate. With over 2.5 billion Achievements unlocked as of April 2009 — and that’s only counting Xbox Live-enabled profiles — it’s fair to say that Achievements can be considered a success. When implemented correctly, these little niblets of accomplishment can encourage players to get more life out of their games or to explore aspects of the game that they may have overlooked.

When developers include multiplayer modes in their titles, chances are good that they’ll allocate more than a few Achievements to those modes. Unfortunately, most game developers don’t exercise a lot of foresight when they design online Achievements. It’s almost as if they can’t picture anything but a best-case scenario, where their online components have a five-year lifespan and a fanatical, dedicated player base.

This hypothetical vision completely ignores the fact that 90 percent of the people you’ll likely encounter online are incredibly rude and unsportsmanlike, and they won’t give you an inch if they find out you’re after Achievement progress. Once a game’s online community dies, it's near impossible to find a match, let alone squeeze in those last few points.

As games become more online-focused, there's little chance of getting around multiplayer Achievements. At some point, players will have to either collaborate or hope for a lucky break in order to earn that perfect score. Depending on the design of the Achievements, this can be incredibly frustrating.

To better understand what makes a good multiplayer Achievement, let’s look at some examples of well-implemented Achievements alongside some truly horrible ones.

Situation: Developer wants to encourage players to try the multiplayer mode they worked so hard on.

Bioshock 2's multiplayer mode is interesting, but few people have bothered to play it. That's a shame, because while it is a little unbalanced and janky, it shows promise.

What's more, all you have to do is play a match to get an easy 10G. Not win. Not place in. You don't even need to get a kill. You just have to stick around until the end. Whether you like the multiplayer or not, you get an Achievement just for trying it out.

This is a great example of how to get people to try your multiplayer mode. That little bit of satisfaction that accompanies an Achievement pop might just be enough to coax a player into continuing with the experience.

While this is one of the easier online Achievements to get in Dead Rising 2, it still requires you to win a Terror Is Reality event. These minigames really highlight the game's poor handling, and even with a modicum of skill, it's difficult to beat out three other players without a bit of a time investment.

Sure, players might be encouraged to try out Terror Is Reality, but this Achievement isn't likely to get them to stay longer than a single round once they realize how difficult it is to win.

Master of Disguise — Trick an opposing medic into healing you – 15G

The Spy is probably the most difficult class to play in Team Fortress 2. Not only do you have to master the Spy's unique gadgets and weapons, but you need to be a master actor to make other players believe that you belong on their team.

Pretending to be a wounded comrade and soliciting a heal is a key skill for a spy — and not something immediately apparent at first glance. This Achievement gets you started on what will undoubtedly be the first of many hilarious backstabbings.

It's one thing to encourage divergent tactics. It's another to encourage players to play with underpowered weapons in order to prove the size of their digital dongs.

Sure, you'll get better at knifing people, and using knives is a legitimate strategy, but if Modern Warfare 2 has taught us anything, it's that people who rely on knives make for nothing more than extreme cases of nerd rage. Not really helping anybody here.

Situation: Developer wants to encourage players to focus on becoming skilled in order to improve the quality of competition.

Most players will never win 100 matches online, but everyone with an online connection can play 100 matches. Chances are, you'll get better along the way. Playing 100 matches may not make a pro out of you, but having an attainable goal is the first step towards progression, and that's what this Achievement is all about.

Threepeat — You think being this good is easy? Let’s see you win 3 Ranked Matches in a row, champ! – 20G

While a good player may be able to win consistently, everybody loses. Especially at Street Fighter. Even with skills, winning three ranked matches in a row is serious business. Losing one match resets your streak, meaning that even a good player who deserves this Achievement may be screwed out of it due to a bad run or an unlucky encounter with someone who hasn't seen the sun in weeks.

What's worse is that this is the easiest of the streak Achievements. Fivepeat and tenpeat give me nightmares.

Situation: Developer wants players to work as a team towards a mutual goal.

A simple Achievement that awards players for being excellent to each other. By spawning with your squad, assisting your squad, and capturing points together, it's easy to become the top squad — mostly because folks generally can't be bothered to play nice. Totally attainable with the right mindset.

Boned — Defeat a boss with 5 players in skeleton form – 20G

When you die in a multiplayer game of Castlevania: Harmony of Despair, you come back as a skeleton. Without the ability to do proper damage, and with a 2-minute penalty applied to the entire team each time your bony ass bites the dust, you're basically a walking liability. Your best bet is to hide until somebody can resurrect you, assuming you're playing with someone willing to do so.

So to earn this Achievement, not only do you have to get five other people to cooperate by dying for you and refraining from blending every enemy in sight, but you also need to be able to solo a boss, which is much harder with six-player difficulty scaling. Some players will get lucky, but most people will have to coordinate this Achievement. The result is a veritable teamwork nightmare.

Situation: Developer wants players to do something crazy that they wouldn’t normally do for an Achievement, just for fun.

The Dentist — Online: Do a headshot kill with the repair tool – 15G

Few things are more fun than improvised weaponry, and in Battlefield: Bad Company 2, anything you can put in your hands can kill somebody — even a drill. Humiliating somebody by drilling them in the face will definitely teach everyone to back off while you repair your ride. I've had my skull repaired a few times, and it's funny for both parties involved.

Grab Bag — Kill at least 1 creature, 1 enemy, 1 teammate, and yourself in the same round of a public match – 10G

Re-read the description for this Turok multiplayer Achievement a few times if you have to. Let it sink in. Yes, this is an Achievement that advocates killing a member of your team. What could be friendlier?

Fortunately, the teammate-killing requirement was patched out due to an outcry from the community. Unfortunately, suicide is still a necessary part of this Achievement, so if you're unlucky enough to be playing Turok online for some reason, chances are some of your teammates will be blowing themselves up instead of helping you achieve victory. One of the worst Achievements I've ever seen.

Some of the Achievements we've looked at require the cooperation or good will of a handful of people. This one requires 999 other people to help. Mere months after the release of NBA Live 07, this Achievement wasn't exactly easy to get. And now, with the servers for Live 07 permanently shut down, there's no chance to even attain this Achievement anymore.

It was broken to begin with, and now it's nonexistent. Worst Achievement ever.

Achievements shoudn't necessarily be easy. While it's nice to dole out treats to keep people interested, most Achievements should require some skill and time investment.

There's a big difference, though, between requiring sweat and tears from one player, and requiring the permission and goodwill of others. When you throw other people into the mix and leave personal achievement to the whims of others, you greatly diminish that player's ability to succeed.

While we're never going to get rid of online and multiplayer Achievements, we can still expect more from developers when it comes to the design of those Achievements. Hopefully, we'll never again have to rely on 999 other people to reach our goals ever again.