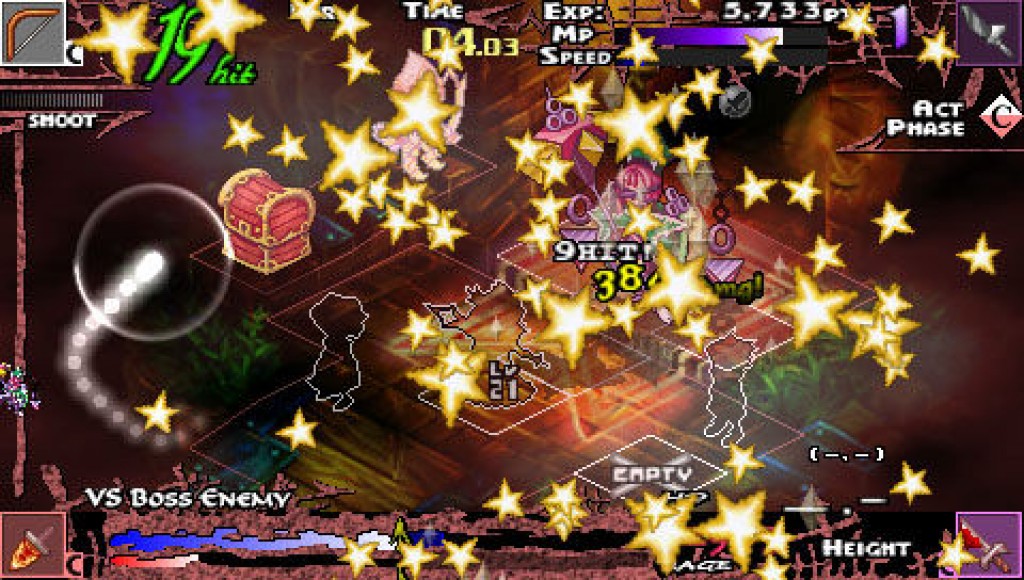 Last year, I reviewed Atlus and Sting's Knights in the Nightmare on DS. At the time, I championed its radical-if-complex approach to the Strategy-RPG genre as well as its unique take on item management. The game's theme of impermanence genuinely surprised me in a number of ways, and I felt like I was one of the few people talking about it back then. It was something I'd never seen before, and I felt compelled to tell people about an overlooked game that I had found.

As I downloaded the new PSP port of the game, I felt like I was setting myself up for a letdown. Perhaps I had liked the game a little too much because I felt I had to in order to advocate the game to other people. I had mentioned a few issues I had with the game, and felt like those issues would come back to bite me and convince me that I had glazed over them the first time through the game. Additionally, I expressed some doubts about the PSP's ability to handle the very DS-centric game back when the port was announced. In short, I was cautious with my expectations.

I'm happy to report that I was mostly right about the game when I first reviewed it. The game's hectic bullet-hell gameplay and time-management strategy still coalesce into something that's both fun and methodical. You'll still feel just above water in between battles, killing units to make others more powerful and attempting to grow your ever-diminishing supply of weapons. Through both the game's staccato story sequences and the fact that almost everything in the game is in short supply – your turns, what you can do in those turns, how many more moves a specific unit can make, the number of times you can use a weapon before it breaks, the items you need to recruit more units – as well as the steep difficulty curve, you're never quite at ease. It makes for something similar to Demon's Souls, another game from Atlus that found its reward in letting players just barely get by huge obstacles. 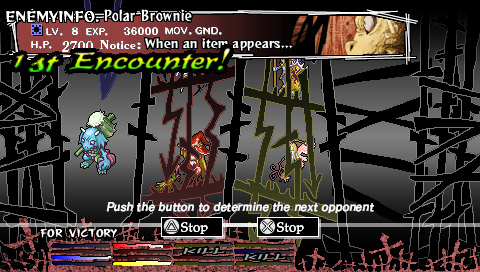 Line 'em up to win the battle.

I also found that the PSP was quite capable of handling most of the these mechanics, despite my doubts. The wisp used to select items and attach them to units for use works well with the analog stick, and even has adjustable speed settings, allowing you to bounce around the screen or carefully avoid complicated attack patterns. In fact, the game's screen, simply by being bigger, manages to avoid most of the cluttering issue that plagued the DS version. I still found myself accidentally selecting the wrong unit or weapons here and there, but much less so than before. Button controls don't fare as well, however. since you'll have to toggle often to select certain details on the battlefield while preparing your units.

Some of my original issues return as well. Even if you don't skip the hour-long tutorial process, you'll be in over your head sometimes, forgetting how to actually win battles, exploit elemental weaknesses, or use High Skills, all of which are central to winning some of the later battles. You're receiving a lot of data at any given time, and it can overwhelming to manage so many elements at once.

Overall, though, the PSP is not significantly hindered by the machine, and in some ways is even enhanced by it. Knights in the Nightmare is still a overlooked gem that offers something fresh, even a year later, and I'm glad that my convictions still hold true.

(As I was unable to finish the game in time – it's pretty long! – this does not qualify as a full review of the game.)