For those of you who don’t know, last year I left my job as an Assistant Manager of a GameStop to enter a Master’s Program in order to become a middle school teacher. Since then I have had much less time to write posts for this site.  Basically, I had to choose rather to pursue my hobby of writing about games, or to actually play games. I chose to play them! Now that I have some time between semesters, I wanted to flesh out an idea which I presented on the Weekend Confirmed message boards.

The whole time I have been back in school, I have been noticing interesting connections between the theories behind teaching that I am learning, and the practice (at least as I imagine it) behind developing a game. The idea which I think has the most weight when reflecting on game design is a concept called Universal Design.

Universal Design is designing (in this case a lesson plan) so that everyone can be successful to the best of their ability. That means that you want to design a lesson so that even students that have trouble reading, writing, or thinking analytically can still participate and learn to the best of their ability. To do so you adapt your lessons so that all learners can succeed. Once that is done, you find enrichment opportunities so that even the most successful students have activities which will engage and expand their knowledge of a subject.

In this day of developers trying to make games more accessible, it seems like they are striving and failing to implement all of the ideas of universal Design into the process of development. The problem with the current path is that too many developers end up using a lopsided version of Universal Design. They focus on making games accessible, while negelcting to imlement key ideas behind Universal Design like enrichment and adaptability.

A graphic organizer showing the elements of Universal Design as it applies to teaching.

For example, if Lionhead had used true Universal Design to guide the development of Fable 3, then it would not have been so clearly designed to cater to the "new" player over the "hardcore" player. Instead, it would have allowed for gamers of ALL types to play and enjoy it through elements like increasing difficulty or adding in features, quests, and content accessible only to skilled, higher-level players. Instead of enriching the experience for the most hardcore player, Lionhead chose to both limit the games functionality, and require every player to use every aspect of the game at least a few times. Rather than offering a wide variety of options, players often get stuck with little-to-no choice. For example, instead of being able to choose how you communicate with non-playable charcters, you are given a binary choice and then a random emote is chosen by the game. This limits player choice, interation, and makes for a less personalized experience than in previous titles. While the options present are more accessible than they were in previous games, their lack of depth makes them much less appealing features than they should have been.


To this point games have also used a very narrow view of adaptability. In many games, you can possibly choose from a few difficulties. In most case, however, these difficulty levels are the exact same campaign, just with heavier stats added on enemy bullets and increased detection and accuracy for enemy Artificial Intelligence. You also see limited adaptability through elements like different control schemes and side-quests.  This is an extremely narrow view of adaptability.

Game developers should take this a step further. Sin Episodes had a very interesting idea. It detected your skill level and increased in difficulty based on your performance. Left 4 Dead also uses a similar idea. This allows for the game to adapt to each players skill level at the moment they are playing. Rather than being stuck playing on hard even though you are having an off day, both of these titles can see when your skill level is down and cater to that skill level.

I think if game developers would take more time to consider the idea of Universal Design over just designing for simple accessibility for the lowest ability player, then we would see many more interesting changes in development. This would also prevent games from being designed solely to please one audience, either hardcore or casual.

Truth be told, it is hard work to have true Universal Design in lesson plans as well. While it may be hard to accomplish, from what I have seen the extra time being put into to the development of my lesson plans has greatly increased student engagement and performance. I believe that if more developers attempted to enact these same ideas, then we may see a vast improvement in game design (of course, since I am not a game designer I have no real idea of what the hurdles behind implementing this idea in game design).

The idea here isn't just that focusing on one certain audience is bad. It is to make sure there is something there to satisfy all others types at least a little bit. I may aim a lesson at reviewing concepts for the people that have not mastered the material I have taught, but I also need to have an activity or higher concept work included to satisfy those that already have learned the information completely. If not then I am teaching to only half of the class, while the rest is completely disengaged.

Go read some of the reviews for Kinectimals. It has many positive reviews because the developers didn't just aim it at their main audience -little girls that want to play with cats. They added in challenge and depth that has managed to satiate many reviewers, who tend to have more hardcore tastes.

Pokemon is another good series to look at with this concept. In many ways it is one of the most accessible RPG series that exists, but its popularity stays high because there is always enough there to satisfy hardcore players with every successive title. It is no surprise that the least popular Pokemon games have also been the titles most designed for the least skilled player (Pikachu Channel says "hello").

Peter Molyneux's goal with Fable 3 was not necessarily to make the game a more "casual" game. He spoke repeatedly about how many players never changed their clothes or took advantage of many other features they put in the game. When Fable 2 came out, I had many customers come back to trade the game quickly after it was released because "it wasn't long enough." I asked most of the ones I helped if they had explored beyond the main quest line (the glowing path which is automatically set in front of you) and almost all said "no."

I think the problem with Fable 2 and Fable 3 is EXACTLY that they did not have a good understanding of using Universal Design versus just making a game accessible. If you are a long-time fan of the Fable series, you are still stuck taking part in all the tutorial elements in the first hour or two of Fable 3. There is no "have you played Fable before?" choice to skip past having to "learn" what buttons to press to use a sword, magic, or gun. Crafting a second opening scenario using many of the same assets, but upping the challenge for returning players would have been a way to incorporate Universal Design into that section which would have satisfied both new and returning players. 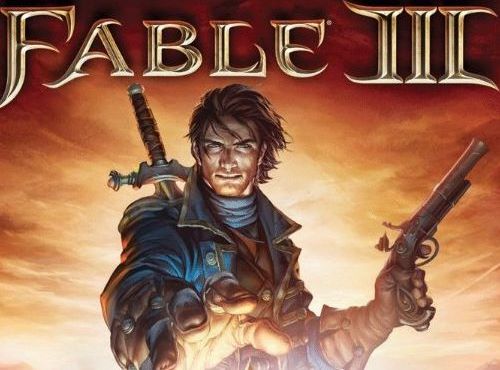 Molyneux and his crew at Lionhead tried to craft Fable 3 for a variety of audiences; the problem was that he wanted ALL audiences to sit through EVERY aspect of the game that they designed. You could tell the intro and subsequent hours were crafted to initiate new players into the experience while giving experienced players more story. The problem here is that any long-term fan of Fable is stuck playing sections designed to the lowest level of difficulty and depth. They tried to balance this by offering up the later sections where you become a king, but any player who obsessively plays Fable (like myself) is compelled to try to squeeze as much out of the game as possible. They are bound to be turned off by being forced to play two hours worth of tutorials.

Since Goldeneye was just released on the Wii, it is a good game to show as a counterbalance. It has a great element of Universal Design– When you choose higher levels of skill in Goldeneye, you are given more goals of a harder degree of difficulty to accomplish. This is a step further than just giving a player harder enemies to fight and it offers up more content for players to experience.

A depth of understanding on the concepts behind Universal Design is exactly what gaming needs right now. Gamers have talked a lot about game length getting shorter recently. Offering up higher difficulty levels which require more skill AND give you more advanced missions to play is a great way to develop a six hour game that is rewarding enough that most gamers would not feel ripped off paying $60. The problem is that most developers are not pursuing this kind of design, and you are left with experiences that have no longevity or depth.

This reminds me of the endless "why can't I customize controls" questions that people STILL have to ask to this day. Bayonetta's developers offered the excellent choice of having a simplified control scheme and different style of play when you played on easy. The Wii game The Conduit may not have been the best game ever, but its developers deserve kudos for allowing the player a multitude of options with which to customize their control setup on the notoriously fussy Wii Remote and Nunchuck. That is such a small concession for a developer to make, but many of them seem either oblivious to the idea, or unwilling to consider development outside of the small prism they view. Giving players the ability to map controls to their liking would just be good Universal Design, and would also make a better experience for many gamers. Why not add that function in?

I would love to hear what a real developer has to say about this idea. I am sure most of it may come down to money and time, but really the biggest barrier seems to be creativity and willingness to change. Developers need to think more about designing outside of what is “popular” or "standard."

If I wanted to express my ideas about Universal Design as simply as possible, I would say this: For a game to be truly Universally Designed, it has to be accessible to inexperienced players, and offer enrichment opportunities for gamers who ARE experienced.

I truly believe that a good portion of the luck-factor of designing a game could be removed if developers spent more time, at least in early developmental stages, thinking about how to make a game accessible for the inexperienced, but enriched for the most experienced. While just increasing the hit points may satiate many hardcore gamers, my question is if that is really the best way to do it? Using Universal Design should make game more engaging for players at a variety of skill levels, and add depth and longevity to games which will prevent them from being traded in. In the end, it is just good design.