The way I see it, Microsoft owes me.  I'm not saying they owe me a lot.  For the most part, I do not really regret the purchase of the HD-DVD player that has gone the way of the Betamax.  No, the least Microsoft can do is give me the chance to spend the money I want on the things that I want.  So why does Zune Marketplace not offer the newest movies for HD purchase? 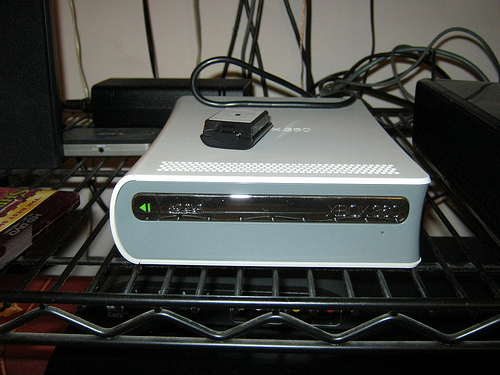 This past week, Inception was released on DVD and Blu-ray in the stores.  I haven't seen the movie, but I am a big fan of Christopher Nolan, and visually, the movie appears to be something that would benefit tremendously by the enhanced sharpness and colors that I associate with high definition media.  I suppose had I a PS3 or a Blu-ray player, the matter would not be an issue.  Seeing the movie advertised in the dashboard gave me hope that I could use some of that 250 GB HDD. 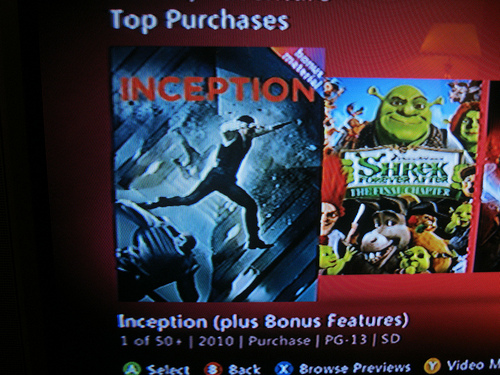 But alas, the movie is available for purchase only in standard definition for 1360 MS.  It is available for 24-hour rental in HD for an equally reasonable price of 480 MS.  Why not offer the option to download and keep the HD version?  I would, without the blink of an eye, pony up 1600 MS for the HD download.  In fact, I have downloaded movies that I had not seen as well as ones that I liked but did not love (see Halo Legends and Star Trek respectively).

Running through the Top Purchases list, one-by-one, I saw movies that I would buy on impulse or without hesitation.  Scott Pilgrim, How to Train a Dragon, Toy Story 3, Despicable Me.  All available, all with the same price scheme as Inception.  The weird thing is, there are apparently movies that are offered for sale in HD.  The Last Airbender is available for 1600 MS and despite the horrible reviews that it received, in my deprived state of HD movies, I just about bought it.

In some ways, I should know better.  The last couple of years, I have stopped buying DVDs upon realizing and acknowledging that many of the literally hundreds of movies sat unwatched, sadly some unopened, and all, defintiely dusty.  I began passing them off at annual garage sales, three for five dollars.  I love watching movies though and certain movies, I can watch again and again, even if, and sometimes because, they are cheesy or cliche.  Maybe I should be glad that Zune does not offer these and look out Best Buy's Disney section if I get a Blu-ray player (or PS3) for Christmas.  Maybe I should be even happier that I enabled the privacy feature while watching a film.  I'd hate for people to know that I caved, but I do like that M. Night Shyamalan.