Anyone who has spent any time reading my game reviews knows that I am prone to frustration and condemning games that breed it in me. I will often find myself caught up in rage fueled outbursts against unforgiving games where I throw every curse in the book at them.

I will write reviews that even call the game designers out. I often argue that making a game that people pay for that they simply can't have fun with due to difficulty is the designer not doing their job properly. The venom I have for games that punish me for playing them is near limitless.

All these things considered, this makes even me suprised with what I am about to say: Within two minutes of booting up Pac Man Championship Edition DX I was laughing out loud with sheer joy and suprise. It has since become nearly the only game I've played for days.

To explain further, I was not a fan of the original Pac man. Ghosts would flank me so quickly I could barely get three stages in before running out of lives and/or patience. tracking four ghosts at once while trying to find the fastest route through all of the dots and choosing when to use the power pellets to buy time is a refined art that I didn't have the time or intrest to learn. 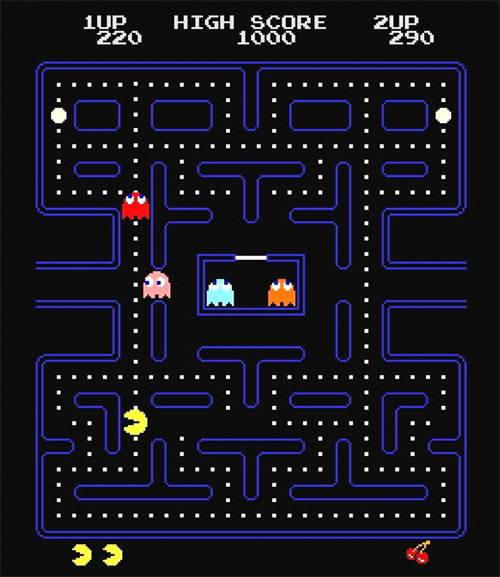 It's harder then it looks.

Pac Man CE decided to help alleviate this frustration in numerous ways. The most noteworthy was providing more clear paths of dots through the levels to place less stress on you to choose your path through. This allowed for more focus on dodging ghosts.

Still I suck at understanding where the ghosts are moving and how they are trying to flank me. I had a good time with Pac Man CE off and on but would quit rather quickly. It would become too hard to keep a cool head as a good run would be squashed by a missed turn or unlucky break. It was probably about as fun as Geometry Wars for me. A good distraction but not something I could ever imagine being good at. I just get sick of death. It's a boring interaction with a game to just be forced to stop playing and start over. 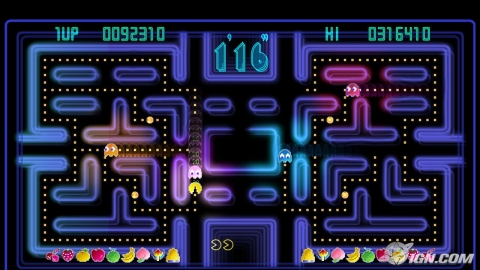 pretty fun I guess. Still not quite my speed.

So when I booted up Pac Man DX I wasn't expecting much more then a newer version of CE.

Then I found myself rampaging through a level with 30 ghosts I had woken up following me, grabbed a power pellet, and was giggling like a maniac as I tore through their ranks like a Pac Lawnmower. The game officially had my attention.

As I got more familiar with it I noticed two more things. As I got cornered by ghosts time would slow down, giving me time to react and choose a new path. This opened up whole new possibilities in my mind, my reaction time was no longer the issue, simply my problem solving skills.

Then when I was cornered by ghosts and had no way out, my hand instinctively tensed and pressed a button that sent all the ghosts back to the ghost spawn area. 'Holy shit' I thought 'the game gave me a holy shit bomb'. Now being cornered was also not the end of the fun. Suddenly I had no excuse to get frustrated and stop playing. 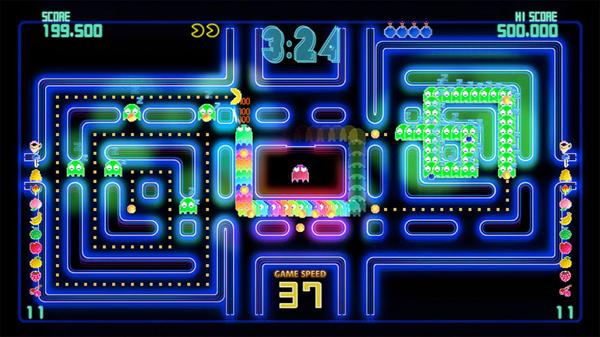 Its even more fun then it looks!

As I played further I noticed that there were still consequences to relying too much on the games generosity. The bombs and the slow motion dodge both waste time on the clock in specific ways and the bombs lower your speed and point multiplier. Still that wasn't the point. It didn't feel like punishment, so it was nothing to be frustrated over. It's an incentive to just keep playing and try to improve to get a better score.

This is what I want to stress about why Pac Man CE DX is such a welcome ray of sunshine in my gaming life. Being punished fatally for failure in a game was a common state in old arcade games because the games wanted to eat quarters like Pac Man wants weird yellow dots. 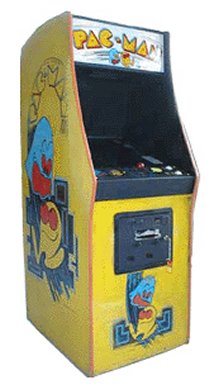 The original Pac Man wanted your lunch money…and would beat you up for it.

Now that Pac Man is no longer about quarters they made it much less about death and more about mastery.

The ghost train following you is an fun combo mechanic that influences every choice you make in the game but it is simple enough to understand almost instantly. The speed is just breakneck enough to be hard to manage but not so fast it's impossible. The game speed lowering every time you mess up gives you breathing room to get back into the groove as your Pac Man revs up again. All of these things combined give depth to constantly improve your score as you play over and over. It's still challenging but the game helps you learn to succeed. Many other games just expect you to succeed if they threaten you with failure hard enough. 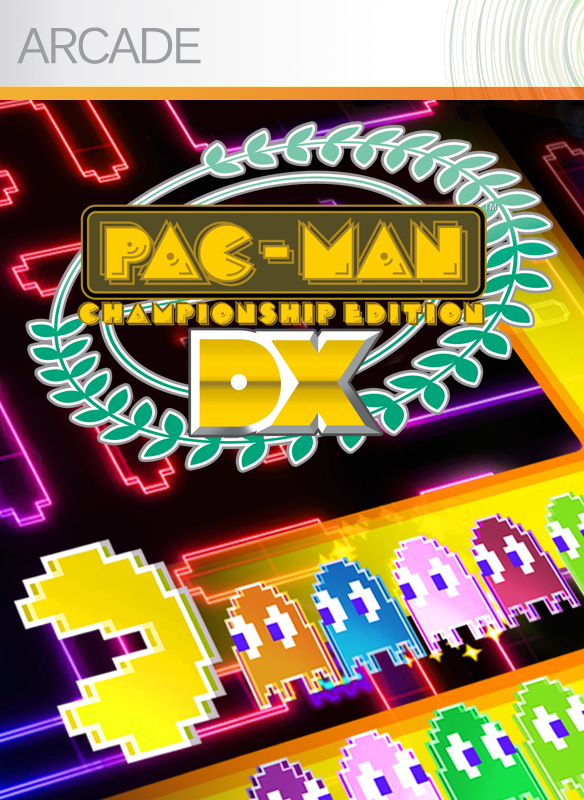 Pac Man CE DX Just wants ten dollars. Then it will hang out with you and be your best friend.

Since I started playing I have spent at least 10 hours with the game. I have gotten every achievement. I have made it into the top 1000 on the leaderboards in some of my favorite maps, and am in intense competition with my friends list for the goal of 'Pac Man Champion: Guys who have Meyeselph on their friends list Invitational.'

To every person who complains that the bombs and the slow mo dodge are not needed and that the game is too forgiving, those changes were not made for you. Those changes were made to put players like me, who weren't blessed with fantastic reaction times and infinite patience for abject failure, on the field. The game still has plenty of skill it's just not all reptile reaction time skill anymore.

At my last count theirs only 738 people on x box live that are better then me at the five minute score attack on the Manhattan map. I challenge anyone who complains about the game babying them to a score show down and we shall see who is the baby. The good thing about score attack games is theirs always room to improve and more challenge to be had. Removing or lessening failure states just gives everyone more chance to complete with the skills they have. This to me is better game design then being forced out of the game over the skills you don't have.


I would just like to thank the designers of Pac Man Championship DX for making a game that would be deliriously fun for as many gamers as possible. With this game Namco strikes a powerful blow for fun and playability in games. 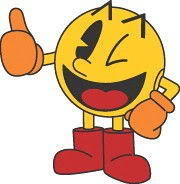