Increasingly, game development has become more prominent in Canada, with recent examples of Warner Brother's, THQ, and the Ubisoft Toronto announcement. Being a gamer and Canadian I was interested as to exactly why this phenomenon is occurring.

The answer was largely in part to proactive government incentivization by emphasizing video games as a conduit to scientific and technological advancement; tax and grants, some examples being: National Research Council’s Industrial Research Assistance Program (NRC-IRAP), Scientific Research and Experimental Development Program (SR&ED) on costs of research and development (CCRA).

such as the National Research Council’s Industrial Research Assistance Program (NRC-IRAP)
and the Scientific Research and Experimental Development Program (SR&ED) on costs of
research and development (CCRA, 2003) 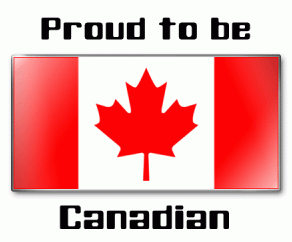 With generous government grants, Canada has become a hot-bed for game development. The province of Quebec itself creates fervour by self-perpetuating its growth in the field: http://www.investquebec.com/documents/en/publications/BrochureGaming2010_en.pdf

It’s convincing stuff at the least.

Not to say government incentives for games is fool-proof, but it seems to me with the pedigree of games coming out of Canada (my favorite being Splinter Cell), coincidentally or not, Canadian developers are doing something right. 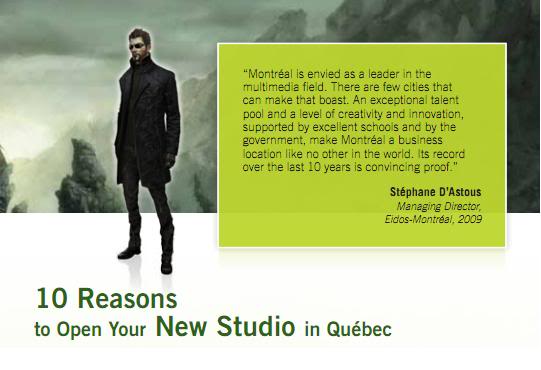 A report and overview from “A talk for the “Digital Poetics and Politics” Summer Institute”, Nick Dyer-Witheford, Associate Professor in the Faculty of Information and Media Studies at the University of Western Ontario, outlines the pros and cons of game development in Canada. A particularly interesting pro for attracting for development in Canada is the fact that the Canadian legislative landscape promotes creativity by having less problematic policy and regulatory environment regarding intellectual properties. Property management in a landscape of David v. Goliath, independent v. corporate game development is crucial for there to exist a balance in profiteering from games. The government of Canada also provides government-funded infrastructure for growth in the sector, outlined in-detail in an October 2010 article regarding Ontario’s creative proliferation in the industry. 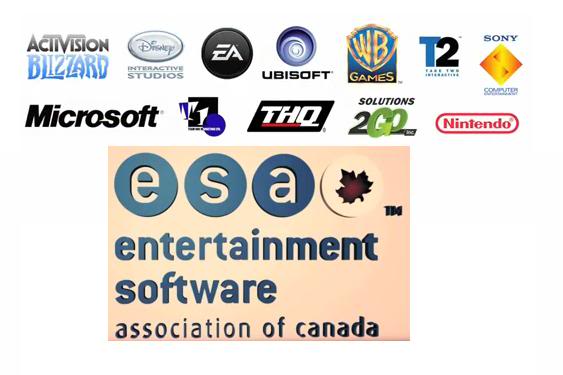 To me, this sort of public/corporate mentality on the creative side is on its way to finally meeting the sentiments of the consumer base itself: unabated excitement for what is next. While it technically is ‘marketing’, and obviously nationalistic, there are ingredients in the message selling creative potential, rather than any one product from any one company. It is not only important for video game industry to maintain interest in scientific and technological innovation, but as games become more complex, the technology behind them is already saving lives everyday through medical and robotic enhancements. Call it pandering to legitimize…it’s the truth.

Excitement is what it takes to push the neat idea to the novel product, to eventually becoming the gold standard, and as a gamer and as a Canadian, I am happy to see that that this is shared at the government level in Canada.