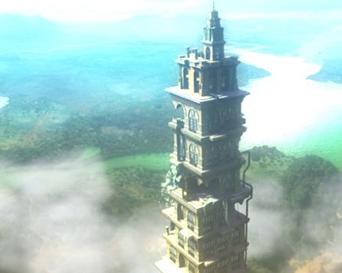 To get a feel for what Lost in Shadow is like, imagine the first dungeon in a Legend of Zelda game. You're alone, you see a lot of darkness, you're picking up new weapons, and learning the intricacies of how the rest of the game will play out. Most of the puzzles are simple, but a few of them can be tough to get through. Before the rest of Hyrule opens up, you have to work with a limited tool set, and that can be a special kind of fun. Your limited options give you a limited number of solutions, so while you might find yourself at a loss for what to do when confronted with a puzzle, you'll eventually find the solution as long as you exhaust all of your options. Now imagine that on a (mostly) 2D plane where you control a shadow.

Lost in Shadow never opens up the way Zelda does, though. No side quests, no diversions and definitely no Roc's Cape. Not that Lost in Shadows suffers foe it, though. Between manipulating light sources, spinning the world around, manipulating the real world directly in more than one way, and hitting switches to move things out of your way, Lost in Shadow has its share of interesting concepts. Most of them are used to their full extent, and the puzzles never become so cryptic that using the aforementioned rule of exhausting your options never completely fails. A few of the later levels had me scratching my head, but never for too long, or because the answer was out of reach.

Lost in Shadow's incredibly haunting atmosphere helps alleviate some of the head-scratching. The shadow aesthetic is a great way to make you feel isolated, and because it plays into the actual puzzle-solving, it's more than a gimmick. The ambient music and sound design also play a key role in ostracizing you. The music's tone is appropriately dark and ominous, while some of the later enemies begin making more human sounds, until one particularly upsetting enemy utters something resembling “Oh no!” after being hit and may make you sit staring at your screen for a couple of seconds in suprise, like I did.

All of this sets a clear tone for your journey. After a beginning cutscene that sets up a high-concept narrative, finding sentence-long memories (yours or others' is never made completely clear) is the only story you'll get. You are alone and must find your body. Piecing together the rest of story is part of the fun, so I won't get into it too much, but if you're a fan of Ico and its ilk, you're in familiar territory.

You'll be seeing a lot of saws. Like, a ton. In actual weight. Or shadow weight.

Unfortunately, for all of the game's creativity and creepiness, I'm afraid I've just spoiled almost all of the game's tricks. Lost in Shadow's strong start is followed by about thirty or so levels of fat, that, while still somewhat engaging, don't reveal new tricks to keep it fresh. Because you can only get through the end of a level by collecting three magic keys, you come to know where you should backtrack, since the keys are shown in order on the right of the screen. The same simplicity that make the first few floors of the enormous tower you're climbing go by quickly also devolve into state of boredom, where every puzzle involves a closed door that you'll either have to move lever, hit a switch, or move a block to get through. The game never enters truly awful territory, but it does meander in complacency for far too long.

Fighting enemies also turns into a chore. At first, enemies are intimidating, since you don't have much health and can't fight them. But after acquiring a sword, leveling up, and getting more health (from gathering memories) enemies will either be a nuisance or a frustrating obstacle. Some enemies can't be killed by regular means, and must instead die at the hands of various traps, or not at all. Additionally, the game's one boss is repeated a few times, but it can't be killed, and you'll have to run from it instead. Perhaps this non-violent approach would have benefited the game in the long run, because without the fear of being a child in mysterious world, combat isn't very exciting.

It's only towards the end that some new puzzle-solving twists let you mess around with new ways to interact with the environment, which breathe some life back into the game later on. But even the twists towards the end couldn't make me shake the feeling that the game is just too long for its own good. There are no less than three times where the game could have ended well, but instead kept going in order to justify its forty-dollar price tag. Not to mention the game is further bloated by a backtracking section that once again reminded me of Zelda, but this time for Wind Waker's tedious Triforce fetch-quest.

I can't help but feel that Lost in Shadow should've been a shorter game and been offered at an even cheaper price. The twelve or so hours could've been cut down to five or six, making for a tighter experience that offers a new trick every hour. It's a shame that so much of the game feels like filling, because it offers a great lonely atmosphere, a well-executed non-intrusive narrative, and some genuinely rewarding puzzles. Then maybe the Zelda comparison would've been more favorable.