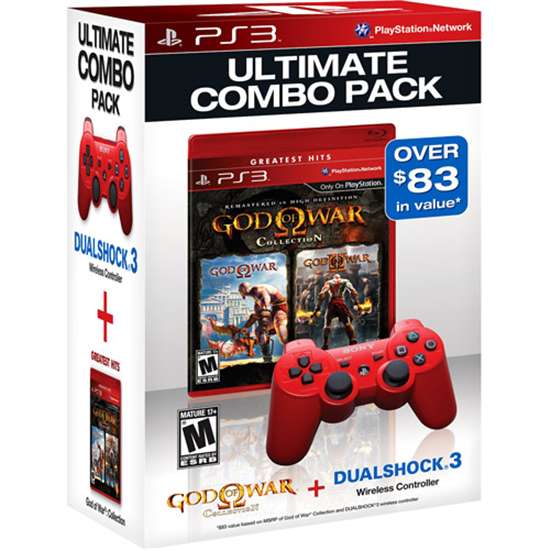 Guess which of the two items in this bundle costs more when sold separately.

On Christmas morning, my brother and I decided to play a multiplayer game the old-fashioned way: offline. But as we booted up the freshly unwrapped NBA 2K11 in our PlayStation 3, we realized something: We had only one DualShock controller.

"Damn," I said. "I don't want to pay, like, $60 for another controller." My brother didn't either, so we decided to split the cost. About $30 apiece later, my bro and Kevin Durant were breaking my ankles on a regular basis.

This scenario brings up one of those big, critique-of-the-game-industry questions: Why are video-game controllers so damn expensive?

The DualShock 3 isn't the only offender. Both the wireless Xbox 360 controller and the Wii-remote-and-nunchuck bundle ring in at $49.99.

I know Sony, Microsoft, and Nintendo have to make money. But don't they squeeze enough pennies out of us with $60 games, $100 special editions, and consoles that are $500 at launch? 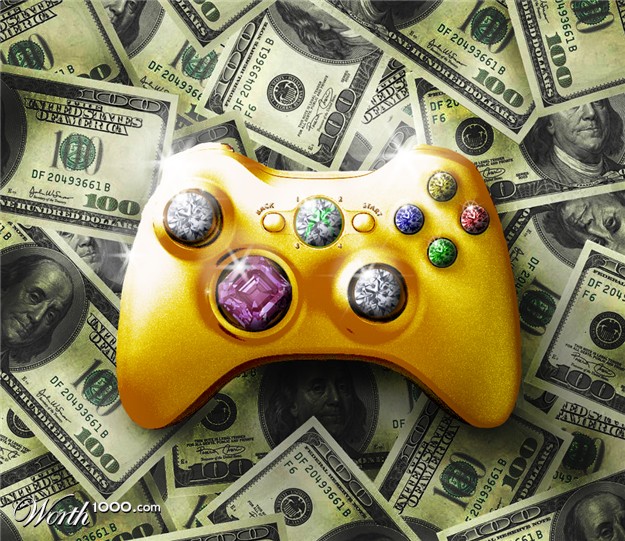 The controller Bill Gates uses when he plays his jewel-encrusted copy of Halo: Reach.

I know what you're thinking: Buying an extra controller is a one-time investment, so I should deal with it. That's true, but if you want a four-player offline experience — which many games offer these days — you have to spend at least $150. That's more than this near-minimum-wage slave cares to spend on a lot of things, the least of which being gaming peripherals.

You could have your friends bring over some controllers. But what if they don't own the system you want to play multiplayer on? Or what if your friend is a casual gamer with no interest in buying his or her own game system?

Also, from my vantage point (a cozy, ranch-style house in Nowhere, Michigan), it seems that high controller costs could kill offline multiplayer. I know that I don't play offline multiplayer as much as I used to, mostly because I can't afford — and don't want to buy — pricey controllers. Online multiplayer is more convenient and economical nowadays. But while fragging faceless strangers online is fun, it's not as satisfying as shooting flesh-and-blood buddies who are sitting next to you.

So what's the reason for the expensive peripherals? Do Sony, Microsoft, and Nintendo need the extra dough because of the high development costs of consoles and games? Or are the "Big 3" greedily looking for yet another way to squeeze more money out of gamers? Also, what do think is a reasonable price for a video-game controller? (Personally, I'm thinking about $30 to $40.)