Tonight we are going to take a look an Xbox Live Arcade title that was originally released as part of Microsoft’s Games for the Holidays promotion. It is a cute little simulation game staring a group of adorable elf-like creatures known as Keflings and you! This is A World of Keflings.

This charming adventure was made by the people over at Ninja Bee and is a sequel to their 2008 game, Kingdom of Keflings. Does building your very own kingdom satisfy your architectural itch or would it be better to watch these little societies crumble? 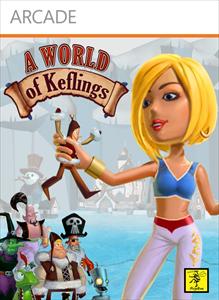 The story of A World of Keflings in a nut shell is that your Xbox Avatar is found frozen in a block of ice by a couple of Keflings and once freed, you show your gratitude by helping them build their icy kingdom, as well as two neighboring Kefling kingdoms. That is pretty much it, since A Kingdom of Keflings doesn’t have so much of a long branching story arc as much as it has your avatar talking to Keflings and completing whatever task they ask you to do. However, for this kind of a game, the lack of plot isn’t such a bad thing and the dialogue of spouted off by the Keflings is actually quite charming in its strange little way. In fact you may actually giggle to yourself more than a few times. But there is one thing I do find strange, which is it seems that there is a plot set-up about how you were frozen in the first place and even points to a certain Kefling’s possible involvement but it doesn’t go anywhere and just fades away without any type of resolve. 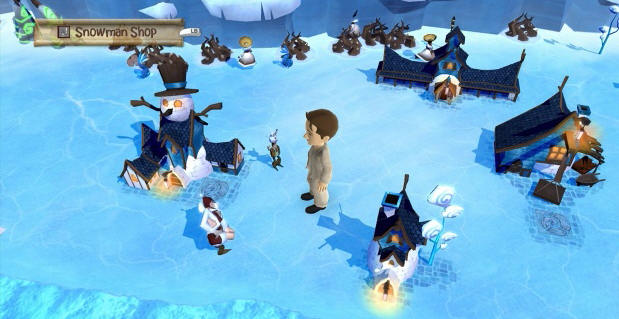 (Walking in a winter wonderland)

The music is nice. It’s a folksy style played mostly on acoustic guitar and it actually kind of reminds me of Great Big Sea (a folk band from Eastern Canada) but I don’t know why. I like the selection of tracks that play throughout the game. Even if that selection happens to be very slim, with each kingdom only have one or maybe two unique songs with the rest of the soundtrack repeating as you visit each of these destinations. This is a shame because I would have liked to hear what else the composers might have had to offer.

Other than the music, the sound quality doesn’t have all that much to offer, other than cartoony sound effects, some clicks/clacks heard while scrolling through the menus and the Banjo Kazooie style gibberish spoken by the Keflings themselves. It may not be much but it does add to the game’s cute/charm factor, which actually works well to its advantage.

Graphically, the game looks rather nice. Your avatar looks just as good as he/she appears on the Xbox dashboard and the Keflings look pretty cool in all of their tiny, elfish, cone-headed glory and they also come in a wide variety of different types. Like the King, Princess, Sultan, Scientist, Robot, Witch, Genie and Pirate Keflings and of course you have the regular citizen Keflings that live in each Kingdom like the Inuit and Arabian Keflings. Each of their designs are pretty unique and help add to the game’s charm.

(Don't you be chopping down my trees whipper snapper!)

Speaking of designs, there are a wide variety of different buildings you can create throughout the game, each of which looks appropriate for their respective kingdoms. Like the Forest Kingdom will sport buildings that are a little more medieval in design, the Ice Kingdom will have snow oriented buildings and the buildings in the Desert Kingdom will feature Arabic influences. However, even though these buildings will look similar to those in the real world, those seen in A World of Keflings add a few odd and unique twists to the designs to make them fit into the game’s world and it happens to work quite well.

Another thing I really like about the design work are the absolutely smooth day to night transitions and changes in the weather patterns. You’ll see such things as rain, snowfall and (my personal favorite) leaves blowing in the wind. As time passes, you’ll also notice how the brightness of the sun will change from dusk till dawn, as well as the nice shades of purple and orange as the day grows late. The best thing about these transitions is how they do not slow down the gameplay. Life is in no way interrupted because the sun has faded away for the evening. We sure have come along way since the days of Simon’s Quest.

Gameplay can be pretty much summed up like this like: Your avatar will be gathering and moving building materials to any spot in the kingdom he/she chooses. Once the needed materials are arranged in the proper order, a new building is created. Once you are finished, you move on to creating your next architectural masterpiece. This is an exaggeration of course but not by much.

Your avatar’s main objective is to build a castle for the King Kefling of the Forest Kingdom but in order to do that, you must complete a series of different buildings using the supplied blueprints, as well as completing other objectives given to you by the Keflings. You might have to look through the different areas for certain objects or select from a series of emotions to make your avatar scare Keflings or have them clap in unison or to chase off a dragon or even to make everyone on screen bust a move. The emotions are cute and are animated quite well and besides, I like seeing my avatar do the robot from time to time. I wish I could pull off those sweet dance moves in real life.

But other than that you’ll be gathering and collecting building materials and placing them at any chosen spot on the ground, which is easy because once you place one set of materials on the ground, a beam of light will tell you where to place everything else. Of course the Keflings are also there to help. There will be a few bigger Keflings to help you carry materials to their destinations and the regular Keflings can also be picked up and placed besides trees, or rocks or what have you and they will begin to chop/pick away for you. You can also place Keflings into specific buildings to assign them jobs that will help you turn materials like lumber and rock, into wooden planks and stone blocks, which then can be brought to different stores and turned into the building materials needed to complete each blueprint. Make sure to bop Keflings on the head if you see yellow triangle above their heads because this will make them level up and thus work faster. You can also relieve Keflings of their duties by taking off their hats. Which reminds me of the 1960’s Batman version of the Mad Hatter. 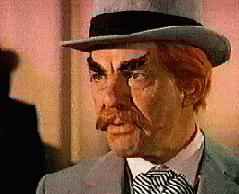 (Now you'll be the carpenter! Muwhahahaha!)

While the gameplay can feel rather repetitive and I will admit that I did feel just a tad bored at some points (I’m not one for building sims anyway), I will say that the game had enough charm to keep me coming back enough times to complete the nine hour play through.

Now this isn’t Sim City but for those how really enjoy building simulators, A World of Keflings is definitely worth checking out and its wacky and light-hearted world is definitely a good place for younger players who enjoy building games like the various Lego titles to spend a few hours playing. 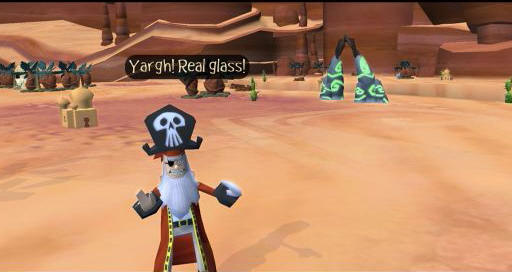 (In all honesty, is a pirate really a trust worthy merchant?)

Thank you Bitmob for giving me this download code and making this review possible.  :)