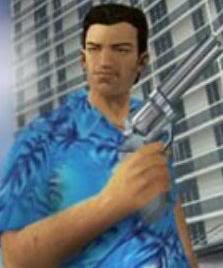 The video game industry has changed since the last decade. It has grown from a small medium with a cult following to a respected form of entertainment with popular titles that have challenged the sales of highly anticipated films.

But why are video games so popular? This is something I hear people asking a lot and the conventional reason of “its fun” doesn’t seem to answer the question properly. One has to examine the contents of some of the most popular titles and understand what has made it appealing to the audience.

The truth is that the success of video games is very similar to why capitalism is so appealing to people. In its basics; capitalism and videogames have appealed to the most primitive of human desires (greed and murder).

In a more complex understanding; capitalism appeals to the human need to build what ever success they desire. Capitalism opens the doors to a free society were the individual controls the outcomes of their success. Video games have the same appeal to people but focus on the individuals hidden dreams. At times people would like an escape from reality and go into their own world. Just look at the success of Grand Theft Auto III and how it revolutionized the gaming industry.

The talent of story has always been around but it’s the technology that has made it possible for the gaming industry to grow. With the development of advance AI along with better gaming engines and modifications; the industry has grown to create the ideal reality for anyone.

Thanks to the advancement made in gaming technology and the market created by GTA III, the seeds of success had been planted for an entire industry. The video game industry is no longer a market that sells entertainment but an industry grown to cater to the human desier.

In the current market, there is an abundance of game that appeal to anyone’s fantasies.
For example:
* Experiencing World War II = Call of Duty: World at War
* Experiencing the War in Afghanistan = Medal of Honor(2010)
* Career as a mercenary = Far Cry 2
* Career as an assassin = Hitman: Blood Money
* Living a post-apocalyptic world = Fallout 3
* Being an outlaw = Red Dead Redemption
* Being a gangster = Mafia II
* Playing in the NFL = Madden NFL 2011

The video game industry (like capitalism) will only continue to grow so long as there is a need for people to escape reality. Thankfully this is all possible only in a free society.

As Milton Friedman said in the book, Capitalism and Freedom, “Because we live in a largely free society, we tend to forget how limited is the span of time and the part of the globe for which there has ever been anything like political freedom: the typical state of mankind is tyranny, servitude, and misery.”

This article was orginally published on Examiner.com