I've had Dead Space 2 since January, and I haven't beat it. GameFly doesn't seem to mind, but it bothers me. It's not that the game sucks. It's the best thing 2011 has to offer if you ask me. I'm still on Chapter 10. I refuse to return it until I finish the story. I must see what happens to my friend Issac. 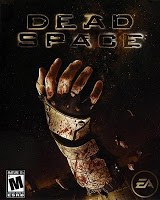 Thinking back on it this is exactly what I did with the first Dead Space. It took me six months to finally finish that story. I wasn't impressed when I first played Dead Space. It got to the point to where I was like "if this game isn't fun by the time I put this control down. I'm done." I remember putting the control down at 9am that night. I knew Dead Space was something special.

There was a long stretch in between that moment of greatness, and when I actually finished Dead Space. I was too busy with No More Heroes and Grand Theft Auto IV to play Dead Space. When I finally finished the first Dead Space I had reason to be excited about its sequel. Now that it's here I might as well enjoy it while it lasts. Issac you are the man.