This mysterious article was discovered in a singed copy of the October 2009 issue of Electronic Gaming Monthly, a popular gaming magazine that ceased publication in January 2009 and did not resume until April 2010.   This magazine was found in a remote Russian scientific facility, under a partially eroded set of stairs.  The mystery of this discovery is deepened by the fact that much of the magazine's content doesn't seem to match the facts as we know them, as evidenced by the game featured on the issue's cover:  Mortal Kombat Vs. Marvel Universe.

Though most of the magazine was burnt beyond recognition, the editorial greeting, and several advertisements, were completely untouched.  At the risk of causing damage to the space-time continuum, or angering the multiverse, this author has have elected to include limited selections here, as a study of what might have been (or might still be).

"Hey everyone.  Welcome to another issue of EGM.  Last month, we told you about the Triple Threat, Nintendo's new answer to legal backwards compatibility.  This month, the focus is on handhelds. 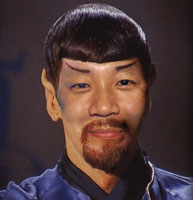 As we all know Nintendo has had a rough go of the last couple of years in the handheld market.  Despite a promising start with a flurry of original launch games in late 2004, the Nintendo DS has failed to break out as the leader in the handheld market and grant them the dominance they had enjoyed with the Gameboy and Gameboy Advance systems.

Although touch screen controls initially sparked some interest, developers simply couldn't seem to find compelling gaming applications for the new technology, and the system's underpowered hardware paled in the face of the superior tech available on Sony's PSP.  Announced as Nintendo's "Third Pillar," The DS has kept its place in Nintendo's lineup, in the shadow of the hugely successful Gameboy Advance (particularly the new postage-stamp sized Gameboy Nano).

Gamers hungry for the cutting edge, though, have gravitated to console quality games on the PSP system, and found they could continue the same experiences they were enjoying on home system while on the go, thanks to the PSP's Game Continuity feature.  Despite the persistent complaints generated by the PSP's floppy dual-analog nubs, and the irksome necessity of buying the same game for two platforms to enjoy the feature, Sony has held the edge in the handheld war.

All of that changed last year, however, with the Supreme Court's landmark Digital Consumer's Right to Content ruling.  Striking down an appeal to a class-action lawsuit decided in a Califormia circuit court, the high court supported the contention that it was illegal to double-charge a consumer for game or video content they had already purchased.

Overnight, the UMD was not only dead as a movie format, but a giant liability to Sony.  Emulator services like the Wii's Virtual Console and Microsoft's Game Room were compelled to give refunds and free copies of games to consumers who could prove they had already purchased a previous release of a game.  Microsoft and Nintendo responded by stopping the services entirely.  Sony found themselves in the middle of a legal process of defending PSP games that echoed console versions unless they could enumerate significant differences in gameplay and feature sets.  Some games were able to mount a successful case, but nonetheless, double-dipping, and, by extension, Game Continuity, was dead. 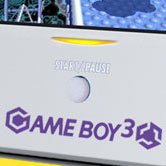 Enter Nintendo, refreshed and ready to shore up their tripod of gaming goodness.  Announced at this year's E3, the Gameboy 3 (also known as Gameboy-Cubed) will be unleashed onto an eager public this holiday season.  The buzzwords this time are high-res graphics and backwards compatibility with both the Gameboy line of games and the entire Gamecube library!  The Gameboy-3 is esstentially a portable Gamecube, utilizing the smaller Gamecube disks (developed by Matsushita), which are identical to Sony's UMD in size and function, but without the bulk of the protective case.

Gameboy compatibility is provided by an onboard version of the Gamecube's Gameboy Player (with no disk required–the software previously run from a Gamecube disk is stored onboard the system), and appears to be nearly perfect.  Plus, the system boasts its own slot for Gamecube memory cards, finally giving consumers the ability to take the same game experience they are enjoying at home on their backwards-compatible Wii systems, and take them on the road, with only one copy of the game!

Nintendo looks poised to capitalize on the chink in Sony's armor provided by the new set of consumer rights requirements.  Make sure to check out our in-depth close-up of this new handheld starting on page 42.  And when you're done with that, turn to page 89 to see the handheld war heat up further with Microsoft's unprecedented announcement of a partnership with Apple: a combination iPod and game player, known only as Project iZune, coming this December!

It's going to be an interesting battle this holiday season, and we've got the scoop for you.  Don't miss a single page! 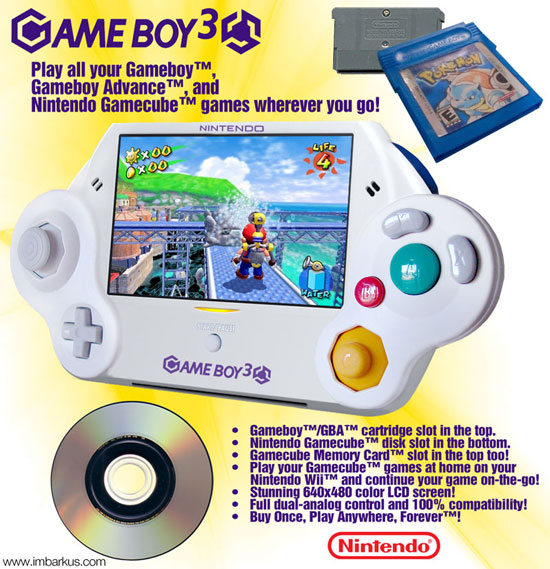 Thanks to Brera and the rest of the NeoGAF community for inspiring me to spiral this obsession out into an entire absurd article from a simple Gaming board post.