It was as if someone had asked me whether I wanted my first child to be a boy or girl — or something like that. I was on the precipice of hours and hours of gameplay, and my copy of White was forcing me to make the most important choice of all: deciding who would be my starting Pokémon. 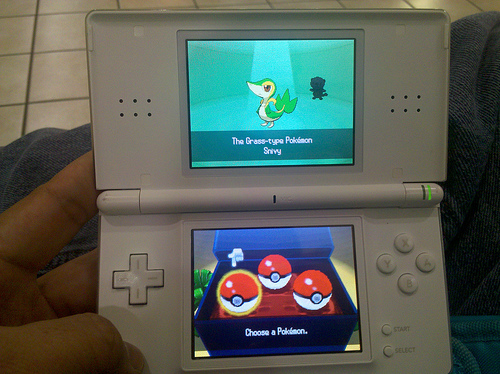 I am not an expert Pokémon trainer. In fact, the only entry in the series that I spent a significant amount of time with was the first installment for the DS, Pokémon Diamond. I did play a bit of the original Pokémon Red, but I didn't progress nearly as far as my second go at the series. In Diamond, I beat the Elite Four and caught Dialga. Through it all, my trusty fire Pokémon accompanied me, starting as a Chimchar and evolving through to Monferno and Infernape. 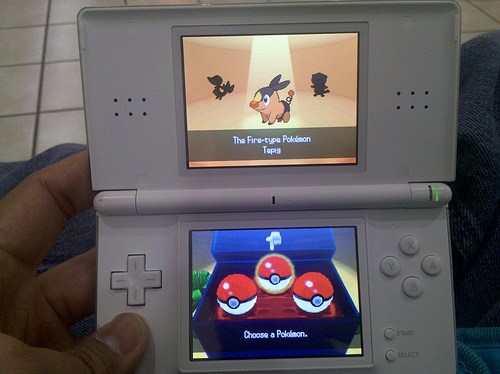 I was ready to go with a fire type again when I booted up Pokémon White. Even in the limited time I played Red, I had started with a fire type and took Charmander to Charmeleon. It seemed the natural choice until I saw Tepig. I just couldn't do it. I mean, I am not sure how Tepig evolves, but he didn't have the charm or potential that I saw in my young Chimchar. A little fire monkey? Cool. An orange pig with nary a flame or spark about him? He simply wasn't up to snuff.

To quote Jules from Pulp Fiction, "Well, we'd have to be talkin' about one charming motherfucking pig. I mean, he'd have to be ten times more charming than that Arnold on Green Acres, you know what I'm saying?" Put simply, Tepig isn't Wilbur from Charlotte's Web. He's not "Some Pig."

And so I chose the water-type Oshawott. In what is perhaps a betrayal of my fire-type roots, I went with the exact opposite. But look at him? Who doesn't like baby seals? OK, so maybe he's more otter, but whatever. Regardless, after a brief moment of trepidation, we walked through the door together: Trainer and Pokémon, with friendship lying ahead. 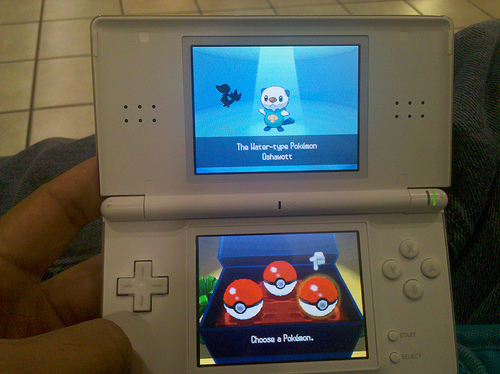 I know it's strange to admit, but while many fall prey to the obsessive desire to complete the Pokédex (which I don't anticipate I'll ever do), the biggest attraction to me is the connection that develops with my chosen Pokémon. The game isn't subtle about describing the importance of care and trust in the Trainer-Pokémon relationship.

The way games tie you to their protagonists is funny. Whether it's Halo's silent Master Chief doing your bidding or Mass Effect's more malleable Commander Shepherd, attachment develops in different ways. The tie between Pokémon and Trainer is similar to the feel of Nintendogs. Repeated actions develop and strengthen the bond while success brings tangible results in the form of experience and evolution.

And though I've only scratched the surface of Pokémon White with 13 hours logged, I already feel attached to my starter Pokémon. I've added fire types to my party along the way, but my favorite is still my first.