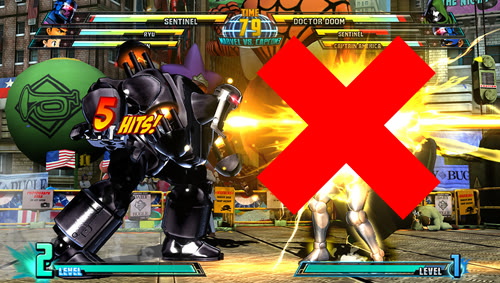 Earlier this week, while searching for article topics, I received a tweet from Daniel Feit suggesting that I argue against the trend towards overly streamlined Simple Mode controls in contemporary fighting games such as Marvel vs. Capcom 3 and Super Street Fighter 4: 3D Edition. As someone who plays on a tournament-grade stick to replicate the arcade experience as closely as possible, I thought the argument would be an easy one to make — low-hanging fruit.

Many members of the online fighting-game community feel that these kinds of simple controls ruin the competitive experience, and I can totally see why they would arrive at that conclusion. Giving novice players advantages that allow them to go toe-to-toe with pro players hardly seems fair considering the blood, sweat, and quarters that go into perfecting a single character.

However, after some careful deliberation, I changed my opinion on the subject. While I once felt that these controls were hurting the scene and breeding false confidence in casual players, the evidence has me convinced that hardcore enthusiasts really have little to worry about in the long term. 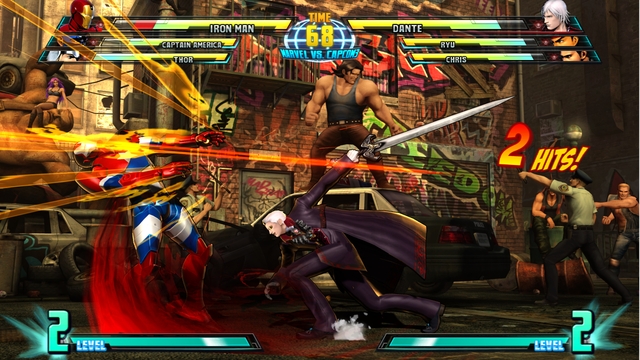 In MvC3, Simple Mode allows players to hammer on a each input for different results: one button chains a simple combo, one performs special moves (up to two on the ground and two in the air depending on the character), one launches opponents into the sky, and one unleashes a single preselected Hyper Combo. Sounds good, right? A way for beginners to kick ass and level the playing field?

In theory, yes. But like communism, Simple Mode is hilarious and tragic when put into practice.

Now, I’m not the next Daigo Umehara, but I’m nowhere near the worst fighter in the world. My point character in MvC3 is Chris, so I took him, along with Chun Li and Sentinel, into training mode with simplified controls enabled. With Chris, I was able to do a simple three-hit combo, shoot my SMG, throw a grenade, and shoot my SMG in the air. I could mix it up to do three hits, a launch, three hits, and a downward slam, but that’s the extent of what Simple Mode allowed me to pull off. What’s worse is that I couldn't even manually trigger the other moves that generally make Chris an incredibly annoying zoning character: no Shotgun, Magnum, Landmine, Stun Baton, Flame Thrower, Grenade Toss, Boulder Punch, or Satellite Laser. 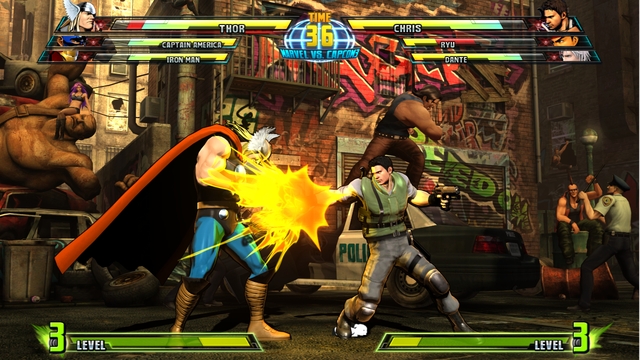 Yes, I could easily chain a combo that would make a new player go “whoa” with only two buttons, but I learned how to do that after my first two minutes of playing. Beyond that, Chris became nothing more than a basic character with a few weak pokes and a laughable selection of options for heavy damage.

All of the other fighters I tested fared similarly. I won’t even get into how badly Simple Mode affects Sentinel, except to say that there’s a decided lack of mouth beams.

Basically, Simple Mode is a way for total novices and one-time players to do something cool — possibly while under the influence of alcohol — without having to put time into learning the game. Anyone who intends to stick with MvC3 will only stymie his growth by using Simple Mode. And anyone who thinks that Simple Mode is unfair need only spend a little time in Normal Mode to grasp enough of the basics to counter it. 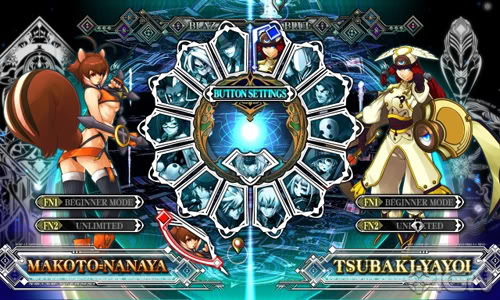 It would have been worse if MvC3’s Simple Mode was as “robust” as the Beginner Mode from last year’s Blazblue: Continuum Shift. (I use the term "robust" so loosely that it may fall off the page.) There, players could mash on one attack button to get a complete combo, with a few normals and a special or two tacked onto the end. In most cases, the dedicated special button actually gave beginners access to all of the special moves and their follow-ups. Multiple Distortion Drive super moves were easily accessible by simply holding down any button until a meter filled up.

But with only one or two possible ways to mount a proper offense, Beginner Mode players became very easy to identify and deal with. Most players worth their salt are able to defend against a single block string that never changes. The visible meter that signaled random Distortion Drives was pretty hilarious, too. Again, the barrier to entry was simplified, but in a way that only crippled new players and served them up to the waiting jaws of dedicated pugilists. 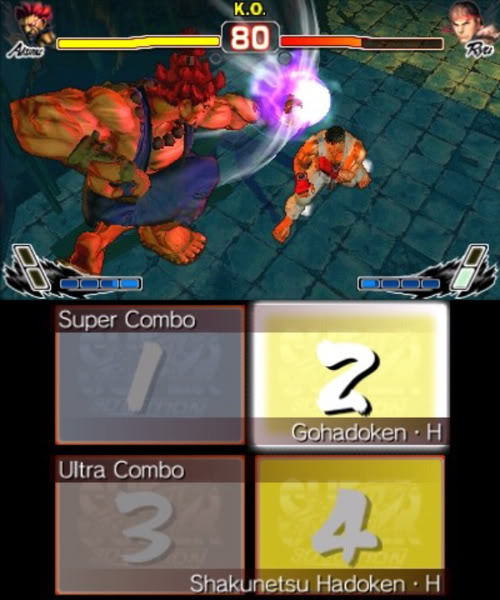 So what, then, of Super Street Fighter IV 3D Edition’s Lite Mode? Fighters still have access to all of the normals, command normals, throws, focus attacks, specials, Super Combos, and Ultra Combos that Pro Mode offers.

But wait, there’s more! First, throw in an auto-guard that gives off a distinctive glow that slowly “bleeds off” the damage that it defends against. Now add the ability to map up to four commands that can be fired off at will to the touch screen for easy access. The result? A recipe for destruction.

Imagine Guile walking up to you and launching a Flash Kick without having to crouch first! Instantaneous Dashing Straights from a forward-moving Balrog! Dogs and cats getting married! Pure anarchy and horror!

But for all the power that Lite Mode offers, I don’t see the ability to defy the basic game systems of Super Street Fighter 4 becoming much of an issue, mostly due to the nature of fighting-game communities.

The great thing about such groups is that over time, they sort themselves out. They come to a general consensus about which exploits tournament administrators should ban. They collaborate to figure out how to deal with annoying, abusive tactics. And they’re very, very quick to ostracize and discount people who rely on crutches like Lite Mode. Serious players will likely never encounter these funsters unless they choose to.

Despite their relatively light impact on the scene, I don’t have a problem with these simplified ways to get into fighting games. I’m all for accessibility, right down to options like closed-captioned subtitles and one-touch controls for disabled gamers. And there’s definitely a possibility for new players to fall in love with fighters or enjoy themselves in a super-casual setting by using simplified controls. For that reason alone, their inclusion is worthwhile.

But for competitive games, there’s a difference between accessible and limiting. And the modes discussed here won’t help anybody win any tournaments, making them almost not worth worrying about. They don’t foster the kind of growth that a fully functional, open-ended palette of buttons and commands provides the prospective digital warrior.

Like art, true fighting-game skill comes only through practice and experimentation, by exploring the tools available and seeing how they fit together. There are no true shortcuts, so purists have nothing to fear.

Nobody ever became a successful artist painting by the numbers.