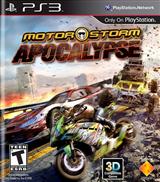 Motorstorm Apocalypse can't get a break. The game was scheduled to be released a week after a 9.0 Earthquake struck Japan, and was delayed around the world as a result. The delays began in Japan and trickled to Europe which also scheduled Motorstorm Apocalypse to be released a week after the Earthquake in Japan. The delay in Europe was understandable. I figured the release date of April 12th in North America would be solid since it would be a month since the disaster. I was wrong. Days after delaying the game in Europe Sony announced they were delaying the release of Motorstorm Apocalypse in North America. I knew the game was doomed after that.

It was only a matter of time before another natural disaster would strike somewhere in the world. Unfortunately that natural disaster struck Japan again. A 7.4 Earthquake has struck the island today in an apparent aftershock from the 9.0 earthquake last month. Tsunamis are now expected to strike the island. My thoughts and prayers go out to Japan. Today's Earthquake isn't helping the release of Motorstorm: Apocalypse. 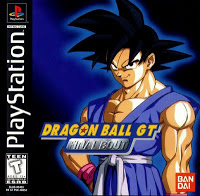 If you have a copy of Motorstorm: Apocalypse I strongly suggest you don't open it. It's only a matter of time before the game gets canceled, and the copies that are available become collectors items. This could be worth than Dragonball GT: Final Bout if you play your cards right. I know there was a round of copies that were available in Australia, and there are review copies floating around. Good luck finding a copy. You heard it first.