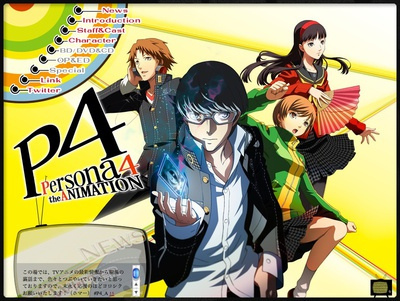 Apparently, Persona 4 is getting an anime adaptation, according to ANN. Not much is known about it right now, though the anime will apparently retain the game’s voice cast. Hopefully it will turn out better than the abysmal 2006 Persona 3 inspired Persona -trinity soul-. [ANN]

Power up your Kinect

Ubisoft unveiled its new Kinect game, PowerUP Heroes via a trailer, in which your Xbox 360 avatars get super-suits and super powers. Gameplay starts after the one minute mark, and looks like a good reason to dust of your Kinect. [Joystiq]

The patches are coming

Both Fallout: New Vegas and Dragon Age II are getting patched. The DA2 patch is available now, and finally fixes the day one DLC, as well as 100 other issues. Full Patch notes are available from Bioware, and is PC/Mac only for the moment. As for New Vegas, the patch will be coming some time before the Honest Hearts DLC for all platforms. [Kotaku, VG247]

Finally, Magicka: Vietnam, the expansion to Magicka, is now available through Steam, and it comes with its very own launch trailer. You can get the expansion for $4.99, or the complete pack for $7.99. Now you have no reason not to play this excellent game, unless you have a Mac, like me.