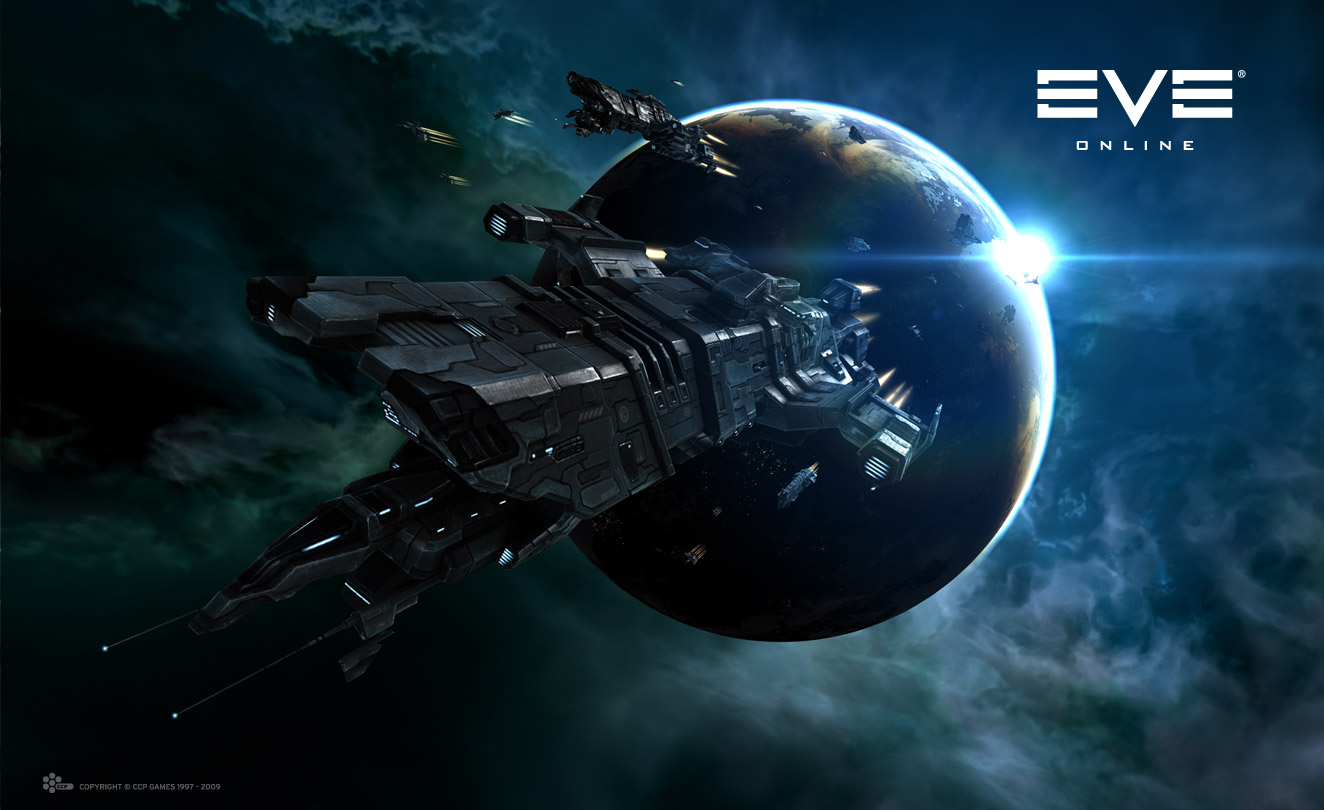 EVE online is known for being a brutal game. It’s a world that enables players to do just about anything that they please, with very little to stop them from doing it. This allows for some amazing interaction from players, and it also means that every time you log in you can be potentially be murdered, raped, and have everything you own destroyed. This fear is what makes EVE Online stand out from all the other MMOs on the market today.

I have wanted to play EVE for years. I first tried out the demo back in 2007, and later again in 2009. I bought the game in late 2010, but I didn’t start paying for game time until just recently.

I really didn’t know how to start playing EVE. I wanted the game to tell me what to do, and it didn’t. There is absolutely no hand holding. I always hate it when games grab me by the hand and they force me to do exactly everything they say. I also realize how much we, as gamers, have come to depend on some type of guidance when we start a new game. Thankfully, EVE has come a long way in adding better tutorials and tips for new players.

So, my most recent venture into the world of EVE began with an email granting me five days of playtime. I bought the game via Steam while it was on sale last year. I am completely broke, so I haven’t really bought any new games in a while. The idea of playing something different for five days sounded great, so I jumped in.

The new tutorials helped me figure out how to play the game, but I still didn’t know what to play. Let me clarify; EVE doesn’t let you pick a class, or choose your career options at the start. You just have to go out and start doing things. All I really needed to do is ask myself, “Self, what do you want to do?” and self responded with, “Well Josh, let’s make an assload of money! That would be really cool.”

Making money. Sounds like an admirable goal. So let’s go do some mining. It seems like an easy way to get into the game. So I headed off for an asteroid field and began mining. It was slow going. I needed to find out how I could make more money in less time. So I decided to buy a better mining ship, and get better mining tools. Oh, and I needed to get all the skills I needed so I could use all these fancy new toys. At this moment EVE clicked for me. It’s all about money. The things I needed to make money all cost money.

The cycle never really ends either. As soon as I had a top quality frigate equipped for mining, I decided that my next goal was a mining barge. I was pulled into the world of EVE. EVE wasn’t going to give me fancy quests or a story to lure me into it’s world. All it had to due was appeal to my inner greed. Sure it’s just fake money, but you still get that rush and feeling of power.

I was on my way to greatness, power, and riches in EVE, but I had a few hard lessons to learn first. I’ll talk about that later.