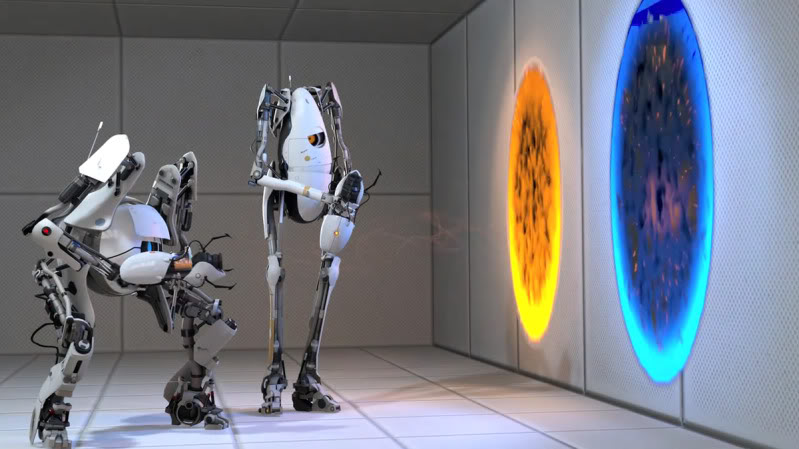 (Disclaimer: This review is spoiler free beyond the first five minutes, not that you should care about the story anyway, because shooters are all about action. Also, I reviewed this game on the Xbox 360, because real gamers don’t own a PS3)

I’m an old school gamer. I’ve played all of the classics, from Halo all the way up to Halo: Reach. And while I’ve been disappointed by games before, I’ve never been quite as let down as I was when I popped Portal 2 into my 360 for review.

The first thing you should know is that Portal 2 is not your typical First-Person Shooter. To start with, you don’t even get a gun for the first five minutes of the game, and when you do, it ends up being an unlimited ammo plasma gun. Sounds cool? It’s not. Get this: It only works on walls! Who wants to fight walls?

Unfortunately, aside from an appearance by a British 343 Guilty Spark — nice addition, Valve — the only enemies you’re going to find are these stationary robot things with lame AI that look like they were designed by Apple. And get this: They ask you to step out and get shot! They’re literally aimbots, and the plasma gun doesn’t work on them either, even when you get the upgrade to shoot orange plasma. For some reason, splotches of orange plasma and blue plasma create a portal — very on the nose, Valve — which you can walk through. It’s almost as fun as getting no-scope headshots.

That’s about all the Campaign I could handle, so I decided to jump online to show some noobs what’s up. The only mode you get is random Ranked 1v1, which is fine, because that’s all I ever play. Unfortunately, you can’t even choose your team, which is totally lame, because one of the two factions you can play as has a shorter character model, and I think they have a smaller hit box than the tall guys. Yeah, Oddjob Vs. Jaws fights were balanced, too. Thanks for learning from history’s greatest atrocities, Valve. 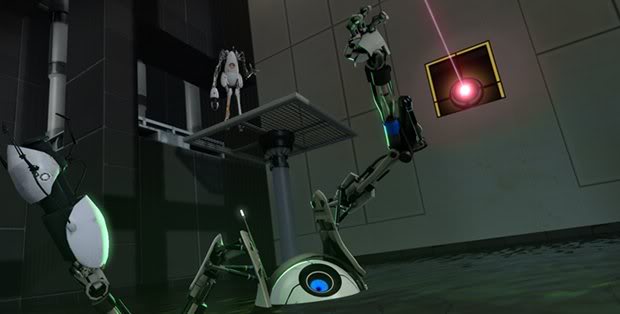 After a really lame tutorial, you get to actually fight your opponent. I was expecting some more guns, but all you get is the dual plasma gun, but you can’t even aim down sights! As you’ve probably guessed by now, your stupid hole gun can’t damage the other player, but you can use it to drop people into puddles, which gets old fast. Melee is super complicated, requiring you to hold Up on the D-Pad, hold Up on the Right Stick, then let go of the D-Pad. The camera pulls out for a cool cinematic kill whether you connect or not, but if you do, the other player just parries it. Every time. Hopefully Valve drops a patch that fixes this, as well as removing the ability to see your opponent’s screen by pressing Y. Since this is Valve we’re talking about, though, I’ll probably end up having to pay for that “content” on 360.

In the end, Portal 2 is one of the most disappointing games I’ve ever played. With a boring campaign, a lack of great weapons, and totally broken multiplayer, this game has nothing on finely polished, balanced shooters like Call of Duty: Black Ops. Valve should have just taken Counter-Strike and… well, just made another Counter-Strike.

Now, if you’ll excuse me, I’m going to play some Counter-Strike.