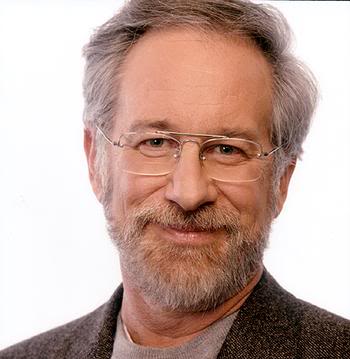 Steven Spielberg is one of the most influential directors in cinema history. In a long career; his films have touched a verity of elements while setting new standards in the cinematic arts. Like James Cameron or Stanley Kubrick; everyone has at least one Spielberg film on their top ten lists.

However for all the praises he has received for this contribution to the cinematic arts; his contribution to electronic gaming has barely been recognized. This is an embarrassment for gaming culture because Spielberg contribution is significant on the same level as Shigeru Miyamoto, Hideo Kojima, and John Romero (minus the career death).

Besides having an admiration for cinema, Spielberg has been an avid gamer. Unfortunately his video game contribution has been very limited (with the most recent titles being puzzle games). Yet when he first dabbled into electronic gaming, he not only started a successful series but created a new genre.

Set during the final years of WWII, gamers take on the role of Lt. Jimmy Patterson who has been recruited by the OSS (the forerunner to the CIA) to participate in covert operations against Nazi Germany.

Released exclusively for the PlayStation in 1999, Medal of Honor was well praised by critics and gamers. Joe Fiedler of Gamespot.com called it, “The closest thing you're going to get to GoldenEye 007 on the PlayStation” while GamePro called it “Saving Private Ryan: the game.” In 2002, IGN ranked Medal of Honor as #21 on its list of Top 25 PlayStation Games of All Time.

Medal of Honor: Allied Assault had officially set the standards of what has become the war-shooter genre. By creating a realistic war experience, it paved the way for games like Call of Duty, Ghost Recon and Battlefield to enter the market.

It is because of Spielberg that a lot of gamers are now playing Call of Duty: Black Ops or Medal of Honor (2010). Despite being one of the most respected artists, it’s only right to acknowledge his contribution in the development of the FPS-genre.

More Playing It Old School will be coming soon.