Your latest role playing game adventure is over. You have poured hours and upon hours into saving the kingdom, surviving New Vegas or attempt to save the galaxy. What do we do with our accumulated inventory after the credits roll?

Bioware’s two prolific role playing games on the current generation cycle are doing it. Should other gamers do so too? Should all RPGs start a trend of importing inventory to its’ sequel? Currently RPGs, notably Mass Effect and Dragon Age have the history of your acts pulled into the sequel. Lionhead’s Fable continued the story, but nothing transferred over. Fallout 3 and New Vegas had completely different developers.

Open-world RPGs allow a return visit to finish off quests, but the latest Bioware epics allow you to import history from a previous saved game. With the video game industry embedded cycle of sequels all games should adopt the practice. In one example, all of the stocked inventory items imported.

Runic Game’s sequel to Torchlight would be disastrous if my countless hours of inventory management in the original is not transferable to the sequel.

There is a beacon of hope in Sony’s RPG and rhythm hybrid. Twenty minutes into Patapon 2 I am already in love with it. I know, I am suppose to be reviewing Patapon 3, the third of a popular (atleast with critics) PSP game. In an effort to know more about the series before I judged Patapon 3, I bought the first sequel from the PSN store. I am glad I did. Patapon 2 does one thing right where other RPG sequels fail to do. Items in Patapon 1 carried over to its’ sequel. 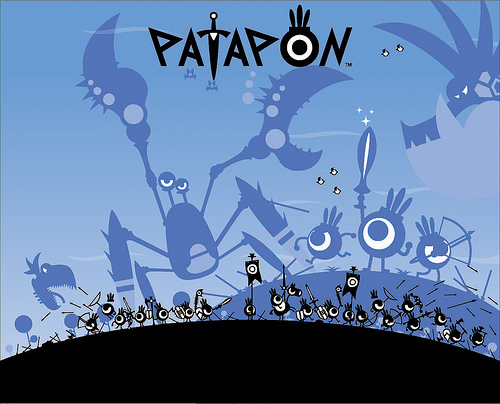 I sought advice from a video games critic and asked if I should skip Patapon 2 and jump into the third? Would I miss anything? According to him, yes. I  would miss out specials weapons from my Heropons (Hero units in Patapon 2 and 3) that are not able to attend without playing the first sequel. In an effort to get a the whole experience I decided to play Patapon 2.

A feature that all current console and mobile RPG game developers need to take notice, do not let our stocked inventory go to waste. In Patapon 2, I carried over all of my hard-worked — a 40 hour save file no less — to my new game save.

My point holds especially in cases of RPGs which have “grind” elements. In Patapon, I replayed boss levels in an effort to “grind” materials which in turn I could create rarer patapons, armor, or weapons. While in “grind” mode I collected plenty materials that I would normally use in earlier stages of the game.

The progression through the story missions I have yet to hit a wall where I am not powerful enough to advance. Had I started Patapon 2 on a clean slate I’d be grinding at this very moment rather telling my readers of the neat feature.

Do gamers wish for their hard earned inventory to appear in a RPG sequel? Or do we prefer to start on a clean slate? Let me know in your comments below.