The Nintendo 3DS is too expensive. Especially when the price of the Nintendo Wii and DS have recently dropped. You could buy a Wii and two games for less than the price of a 3DS with one videogame. That's crazy. Lets not forget the PSP Go went for the same price and died in less than two years

It's Not Really Innovative 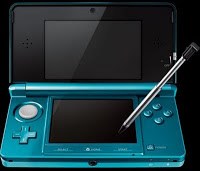 The Nintendo 3DS is not too different from the Nintendo DS. Everything from the name to it's design brings out images of the Nintendo DS. The only noticeable differences I see are the circle pad and the design of the stylus. Everything else is small adjustments. The power and volume buttons have moved as did the place for the stylus. The 3D graphics are innovative because they don't require glasses, but that's not enough to call the 3DS a new system. Sure it makes the graphics better, but I've yet to come across a game where the 3D graphics actually improved the gameplay.

There aren't many games out there for the 3DS. To make matters worse the most notable upcoming games are 3D ports of console exclusives. Legend of Zelda: Ocarina of Time 3D and Metal Gear Solid: Snake Eater 3D Edition come to mind as the most anticipated titles of the year for the 3DS. There is also a new Mario game in the works that's expected for the holiday season. Right now the only game I would recommend for the 3DS is Super Street Fighter 3D Edition. I've put well over 50 hours into that game, and I don't see myself slowing down.

It's too early to tell if the 3DS is a flop. It's only been available for 2 months. It's definitely off to a slow start. It has yet to sell one million units in the United States, and it's predecessor the Nintendo DS is selling more. This is supposed to be Nintendo's time to put a dent on the sales of the upcoming Sony NGP. Maybe sales will go up as more high profile games are released. In the mean time I'm going to save up for a Sony NGP.