E3. The time when the videogame industry announces it's plans for the future. The place where gaming journalists who are too arrogant to make friends come together to say "fuck you" to the people who couldn't make it. I live for this shit. The Big 3 always dictate how successful E3 is going to be. Based off the stuff that we already know this years E3 is lining up to be special. 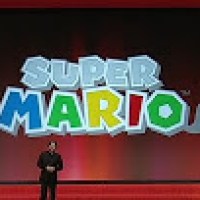 I hope Nintendo acknowledges the missteps of the Nintendo 3DS. It's sales aren't meeting expectations, and it's being outsold by the Nintendo DS, I hope we get an in depth look of the upcoming Super Mario 3DS game that's expected to come this holiday season. I also hope we see more AAA games announced for the 3DS.

Kevin Butler should be around for Sony's presentation. He was a hit at last years show, and after the crazy month Sony's had I think they could use a laugh. I also expect Sony to acknowledge the inFamous Playstation Network hack.

I expect to see a release date and the name "Playstation" attached to the NGP at E3. I also hope there is some in depth looks at some of the upcoming titles for the NGP. Maybe we'll find out Uncharted and Killzone portable are launch titles.

Microsoft might have a few tricks up it's sleeve. They've been pretty quiet about what they have in store for E3. All I know is that their show will be broadcasting Live on Spike TV. I wouldn't be surprised if Microsoft introduced it's new console. Xbox 720 would steal the show away from Project Cafe. I expect to see a bunch of jokes about the Playstation Network as well.

It's about time Rockstar gave us a preview of Grand Theft Auto 5. Everybody knows it's in development. If we don't hear anything about it this year then what is taking so long Rockstar?