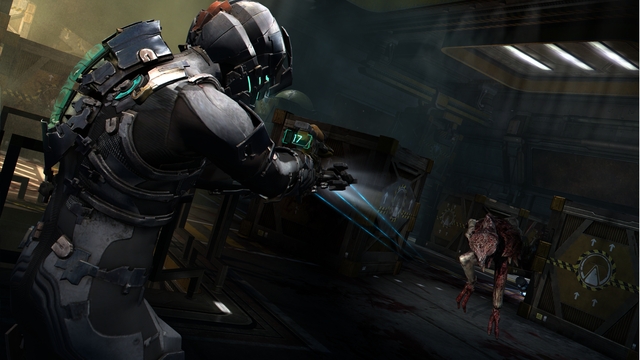 Violence is the last refuge of the incompetent.

It is ironic that a quote from Isaac Asimov, father of sci-fi and namesake for Dead Space 2 protagonist Isaac Clarke, would so contradict the very nature of Dead Space itself.

In fact, when it comes to most sci-fi or survival-horror games, you usually end up with a scary situation resolved by a blood bath, be it your enemy's or yours. Now, don't get me wrong — I enjoy the thrill-a-minute, it's-your-neck-or-mine feeling of navigating the halls of an abandoned Ishimura/mansion/city, and sometimes it's strangely satisfying to send the undead back to their maker, permanently. So don't confuse this with me calling for more censorship, because I'm not.

What I am trying to say, however, is that lately, game designers seem to be abandoning the feel of being alone against insurmountable odds and replacing it instead with as much gore and blood as possible.

I think the best solution is a middle ground between the two. And I never realized I felt that way until I recently played and finished Dead Space 2.

Now, we all remember the "Your mom hates Dead Space 2" ad campaign. Viewers were treated to images of maternal women looking appalled while watching gameplay footage. 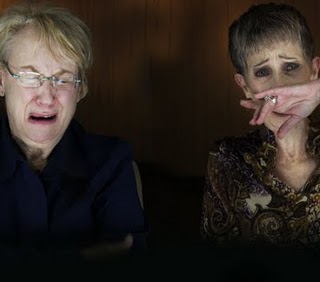 Sure, it was entertaining, and it hit that chord within all younger gamers of "adults just don't understand." But the ad campaign actually flopped — gamers complained that most of the women in the commercials looked old enough to be their grandmothers, and others said they were just paid actors and no game could possibly elicit that kind of reaction. On the other hand, I think developer Visceral Games was being as up-front as it gets.

Never before have I played a game so grotesquely violent simply for the sake of being violent.

In the last hour of the campaign, the game takes a violent and surprisingly uncomfortable turn. Your only other living partners, Ellie and Strauss, have a confrontation that brings new meaning to the rhyme, "Cross my heart, hope to die, stick a needle in my eye."

Of course, when Strauss tries to confront you in the same manner immediately after, the best solution to the problem is jamming that same screwdriver through the soft part of his skull (and the game makes you do that yourself through a quick-time event). 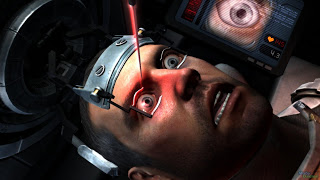 That's not all, though. That "needle in my eye" thing is integral to the plot…and what better way to prove that to you than to make you do it to Isaac? Not you playing as Isaac — you as a third party, an operator of a machine, who must watch Isaac squirm and panic inside a medical device as you slowly and carefully drive a large hypodermic needle into his pupil. All the while your controller vibrates to his accelerating heartbeat, and you see the panic come over his face. Comfortable, I know.

Then, when the head of the government on the space station tries to stop you from destroying his beautiful Marker, he has one of those classic "accidental" run-ins with the business end of a spear gun. While he sits there, shock on his face, spear through his throat, choking and bleeding out, the game gives you roughly 15 seconds to determine if you'd like to add another spear through the back of his skull. Just for fun.

Now I'm sorry, but that doesn't spell survival-horror to me, folks. That is violence for the pure sake of pushing the limit and increasing the lack of comfort. While that can be an element of a good horror movie, the sheer gross-out factor in Dead Space 2 isn't doing it for me.

Go ahead and make a game where civilians are the main target — that doesn't bother me. Grand Theft Auto, Red Dead Redemption, and Call of Duty: Modern Warfare 2 have all done it and done it successfully.

But those games did something that Dead Space 2 doesn't get. In GTA, you quickly come to terms with the fact that you're a criminal. In RDR, you're in the Wild West, and your morally ambiguous character is set up to do just about whatever to whoever he wants. And the infamous "No Russian" level in Modern Warfare 2 shows you the type of guy your enemy is and the things he will make you do while undercover in his organization. Yes, these are all uncomfortable to a degree, but they are not unexpected.

To be in a vulnerable, fearful state where you know your enemy and what you have to do, and then to be jerked out of that state and forced to start harming allies, weighs on the psyche and borders on unenjoyable. In fact, it led me to turning off Dead Space 2 and walking away with a sense of utter disgust. I almost didn't want to finish a game I had just put six or seven hours of time into. 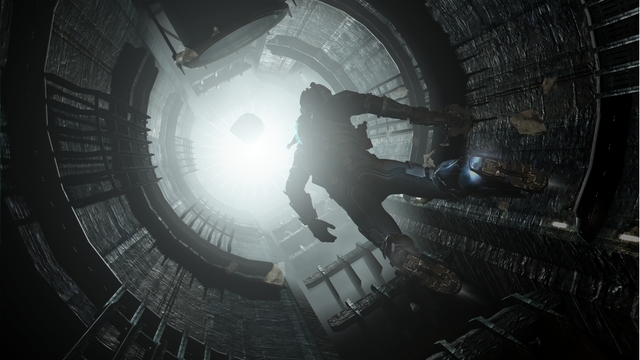 I hate to sound like the proverbial "adult that just doesn't understand," or a prude, or anything else you want to call me. But at some level, you've got to agree there ought to be a line between using violence as a means to incite that classic horror sense of danger and using blood, guts, and gore simply as a means to show how edgy you can be.

In fact, given the recent court cases about violent video games, these design choices could do a lot more harm than good. When games like Dead Space 2 push the limits of violence, people cry out for censorship and ignore the facts. In actuality, the number of ESRB M-rated games has decreased from 2007 to 2010. But this fact gets ignored when one game goes too far and people become afraid. 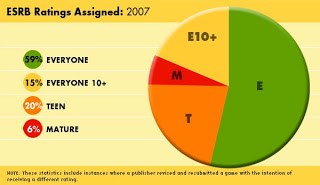 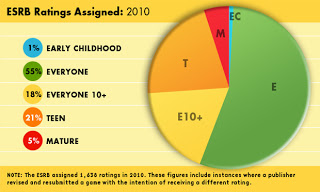 So, just a word of advice, Visceral: Fear may be your market, but fear can be a dangerous thing to toy with. And it just might end up changing everything for the worse.