Welcome to the age of meta-gaming, where in order to make a game’s replayability value rise, designers stuff their games full of side tasks ranging in difficulty from the mundane to the downright impossible. What do we, as gamers, get in return for completing these tasks? Gamerscore: the digital equivalent of points in an episode of Whose Line Is It Anyway?

The seasoned gamer might say, “So what? Of course we mine for achievements; it gives us a sense of superiority among other gamers.” Don’t get me wrong here; I totally agree with you, and I have, on more than one occasion, spent hours “achievement whoring” (as it is so respectfully called). Gaming is about competition to begin with, so adding sublevels to it is only appropriate. I take pride each time my console beeps at me mid-game to alert me that I have unknowingly completed a secret task that none of my fellow gamers have discovered yet. Heck, it’s one of the main reasons I have a GameFly account!

What worries me, however, is that meta-gaming has become so mainstream, that now companies are trying to take it up a notch and turn meta-gaming, into meta-living. This is dangerous because it forgets one important thing: The end result of meta-gaming is your gamerscore, and like previously mentioned, your score doesn’t actually mean anything in real life. That being the case, if meta-gaming becomes meta-living, what are we rewarding at that point?

A while back, several ski resorts in Colorado adopted a new system called EpicMix which allows them to track “achievements” completed by skiers. Then they award them with pins that give them bragging rights among their family and friends — both in person and via Facebook and Twitter.

While this may seem like a nifty idea to some, it strikes me as worrisome because, after upping the sales of ski passes at the five Colorado ski resorts, it quickly became a PR staff’s wet dream.

You think I'm lying? Ever hear of GetGlue.com?

Yes, GetGlue, the company that put an overly sexed mobile "check-in" system (think Loopt) in the same room with an innocent, curious and misunderstood achievement system, turned up the Barry White and let nature take its course.

Unfortunately, what we ended up with was a system designed to award those of us who excel in mediocrity on a regular basis. Luckily, however, the "glue" hasn't quite settled its hold on us yet, but that doesn't mean it isn't possible. 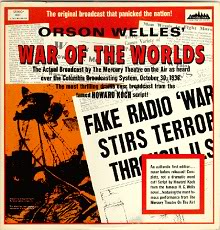 Think about it if it becomes any more popular, what’s to say restaurants like McDonald’s won’t buy in and start offering achievements for the most Big Macs consumed? What if it could track things as mundane as grocery purchases or as complex as hours spent at particular websites, providing feedback for multiple companies, and awarding consumers with useless achievements that make them feel as though what they did mattered much more than it should.

Forget class-conflict; we’d be introducing a whole new wave of competition on the world, and the results would be even more fruitless.

Ok, ok, so maybe that is absolutely the worst-case scenario, but that doesn’t make the outlook for real life meta-gaming any better.

People in support of this new GetGlue program have made the argument that it is no different than what the Boy Scouts and Girl Scouts have been doing for the past 100 years: awarding merit badges for the completion of certain tasks. While I would agree with them to a degree, I feel like the important delineation is in what Boy and Girl scouts have to do to earn those badges.

The requirements to earn merit badges, as far as I understand them (I've never been a boy scout)…

…are tasks that instill important skill sets in children and young adults — skills that can be used at a later date if necessary and that require teamwork and determination to earn (i.e. building fires and survival skills). It is for this reason that they have been so successful, and also why PR firms have found no suitable equivalent to market to the masses. There is nothing redeeming in earning an achievement for most dollars spent at Target in a month.

But in today’s social media age, too often have we been dissuaded that our minor day-to-day tasks, such as doing laundry, making dinner, or going to work are important enough that we deserve recognition for them. With outlets like Twitter and Facebook in the palms of our hands, we continually seek recognition for our mediocrity, and we’re all okay with it.

This, though, is not an excusable reason to find further ways to reward it. Are you with me people? We need to stand up and…