It's not a secret that I am a huge PC gamer. I don't own any consoles, and I don't want to. I love my PC. I love the freedom that the platform offers, and I like having complete control over the experience. For the past few years, most of my friends have never played PC games, and I was the odd man out.

This year, I have begun to notice something different: PC Gaming is experiencing a renaissance. Gaming sites are expanding their PC coverage. Developers are making a moves to push graphics forward, allow modability, and to seem more aware of PC gaming than before.

PC gaming has never gone away or weakened, but the public eye has often made it seem irrelevant. That is changing. I have two friends who have picked up gaming PCs this year, and they are in love. If you are thinking about coming over to join us, here are 10 reasons that this is a good year to do it.

While the recent Bad Company series has been aimed at console players, Battlefield 3 is going to be for PC gamers. The Frostbite 2.0 Engine offers up some fantastic visuals and dynamic physics. Things will explode in your face, shrapnel will fly around you, and chunks of concrete will smash cars while you blow buildings up. 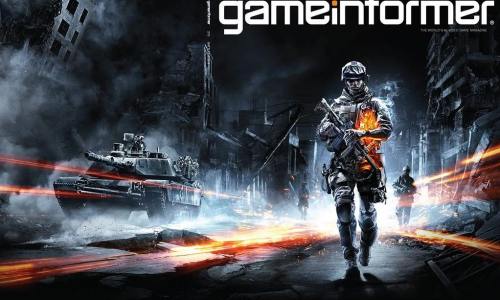 The PC is going to be the lead platform — this isn’t going to be some upscaled console title.

Patrick Bach, the lead producer on Battlefield 3, was interviewed by GeForce.com. He was asked if consoles were holding back PC games, and he had this to say:

Yes, absolutely. That's the biggest problem we have today. Most games are actually still based on the same core idea that the consoles are your focus…the superior platform or something.

I don’t know why. That was the truth five years ago, but the world has moved on. PCs are way more powerful than the consoles today, and there are actually almost zero games out there that actually use the benefits of this.

So for our target of what we want to hit, we are now using the more powerful platform to try and prove what we see gaming being in the future rather than using the lowest common denominator — instead of developing it for the consoles and then just adding higher resolution textures and anti-aliasing for the PC version. We're doing it the other way around: We start with the highest-end technology that we can come up with and then scale it back to the consoles.

2) The Witcher 2: Assassins of Kings

Recently there has been a trend for Roleplaying Games to be hybrids with another genre, and not be “pure RPGs”. Dragon Age 2 is an “Action RPG”, and Mass Effect 2 is a “Shooter RPG”. These might make some people happy with the choices they offer, but some of us long for complex crafting systems, deep skill trees, meaningful choices that impact the world around us, and 30+ hours of game time. 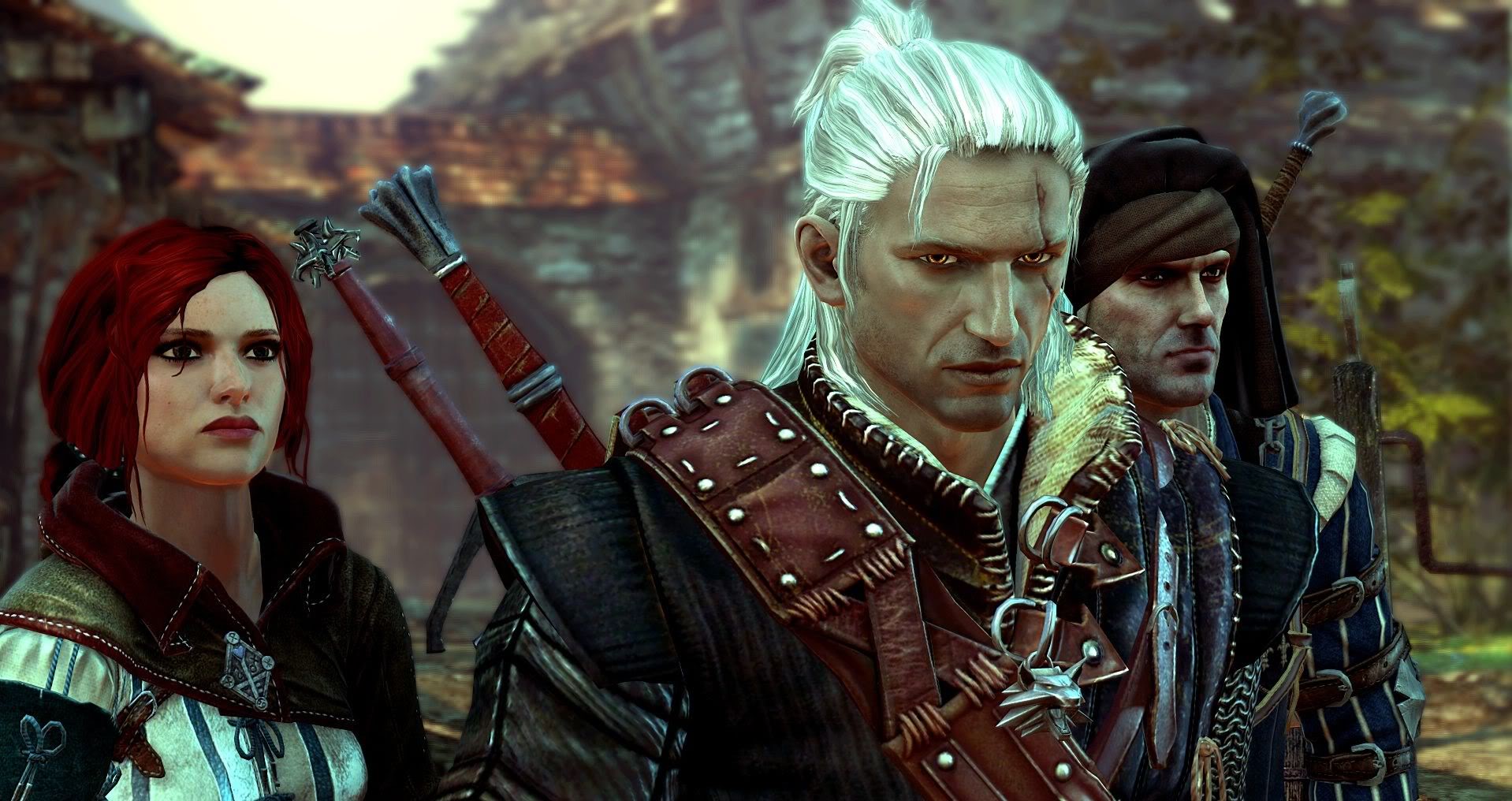 The Witcher 2 is built on an all new engine that is made for the PC. It is certainly the best looking role-playing game to come out in a long time, and it even rivals the upcoming Skyrim. It’s made to be played with a mouse, and the title's menus, combat, and overall gameplay are designed for it to work perfectly this way.

CD Projekt RED’s target audience for this game is the hardcore RPG player. The studio isn't trying to wrangle in people who play Call of Duty or Dance Central. If you are disappointed with the changes to BioWare RPGs, then you need to be buying games from these guys instead.

Games for free. Do I really need to say more? You are probably thinking in your head that most free-to-play games are crap, and you should just stick to paying for the good stuff. I’m here to tell you that is free games are some of the best.

League of Legends is an excellent example of how good a free-to-play game can be. It’s well polished, has regular updates, a thriving community, and great gameplay. You can play it and have tons of fun without spending a dollar (I have over 30 hours of game time without buying anything). If you choose to purchase a cool-looking hero or a kick-ass skin, then go ahead. It doesn’t break the game for everyone else, it just enhances it for you.

This year, there are more choices than ever to play games for free. Lord of the Rings Online is an excellent massively multiplayer online RPG that recently went free-to-play. Age of Empires Online and APB Reloaded are two more excellent free-to-play games coming out this year. You can be a PC gamer, play amazing games, and never open your wallet.

I have more games in my Steam account than I have time to play. They offer games so ridiculously cheap that I just have to buy them. Mass Effect for $5? Sure! Every single Ubisoft game for $80? OK! The Witcher for $5? Cool!

I have games that I never thought I would play, but I picked them up because of an amazing deal. Some turn out to be treasures, like King Arthur: The Roleplaying Wargame, others turn out to be junk, like Lost Planet.

Either way, you’ll be more willing to try out a game you might not otherwise play if you can get it for cheap. For those of you with small budgets, it’s good to know that down the road you’ll be able to pick up a new title for half off. With sales every weekend, in the middle of week, and daily deals too, you’ll never log on to Steam and not find a bargain.

Gaming has a long history filled with many wonderful titles. Some of you have played the classics like Baldur’s Gate and Duke Nukem 3D, and you want to revisit these games because of nostalgia. Others might be interested in checking out the original Fallout because they played Fallout: New Vegas.

Whether you are looking to play something from your past or check out one of PC gaming's legends for the first time, you don’t need to look any further than GoG.com. They offer a huge variety of classics for either $5.99 or $9.99. Everything they sell is guaranteed to work with modern versions of Windows, like Vista and 7. They include tons of bonus stuff like wallpapers, soundtracks, and PDFs of the original manuals.

Older games are something that everyone can run on any machine. You don’t need a high-end rig to enjoy the amazing things that PC gaming has to offer. Even if you’ve got a netbook, you can install Planescape: Torment and enjoy one of the best RPGs ever made.

It’s an exciting time to buy a new PC. No matter what your budget is, you can find a rig that will play just about anything that you want.

If you have the cash, you can get a system capable of running three monitors in 3D at a 2560×1600 resolution. Consoles will never be able to do this. You can play games with stunning visuals that were not thought to be possible.

If you are just just picking up a low-end system, don’t worry. You can still play tons of games at 720p (1280×720) at good frame rates. Even laptops are competent enough gaming systems with new mobile graphics processing chips from Nvidia and ATI.

Any new system you buy will be capable of playing games. It’s no longer an issue of “can I run it?” — it’s just whether you want to play it on a single screen at a good resolution or you want three gigantic monitors with abnormally high resolutions.

SWTOR is the largest media project ever produced by mankind. It contains more recorded dialog than the entire 10-season run of The Sopranos. It has dozens of novels worth of story. This game is huge.

Other MMO games lack good stories. They simply tell you the quest, and once you return, you get your reward. Most players don’t even read the text quest. SWTOR makes conversation one of its major game mechanics. Every player gets a chance to be a part of the conversation because every player is fully voiced. This is a big step toward bringing the focus of storytelling to games.

Let’s face it, not every game is great right out of the box. Sometimes, you just wish it was a little different, or you had more maps. While the folks over in console land have to rely on developers to give them content, PC gamers can create their own and share it with the community.

Modding support is coming out for a lot of high-profile titles this year. Portal 2 and Super Meat Boy already have mod support. Call of Duty: Black Ops will be adding a mod tool set soon for PC, and later this year Skyrim will fully support modding with a brand new Creation toolset.

You will never run out of maps to play online with PC gaming. Every time I sit down to play Team Fortress 2, I play a new map. Game modes exist that are vastly different than the original release. You can play as cops and robbers in ARMA 2 or play an RPG in Starcraft 2. Mods give games years of additional life, and they keep the communities that play them going.

Shooters have become very set in their ways. Level up, capture the base, blah blah blah. How about something different? Every shooter these days has a modern setting and is just a copy of something else.

Red Orchestra 2 is a return to World War 2 shooters (which are the best type of shooters in my opinion) and slower-paced, tactical combat. It will offer first-person cover, so you’ll be shooting blind if you hide behind something. Tanks will be operated in first person  with fully detailed interiors. An entire crew of players (or bots if you're playing solo) will aim the cannon, fire, and reload shells.

Red Orchestra wants to keep you immersed in the game world and really try and make you feel like you are fighting in WW2. A multiplayer campaign will allow players to pick their next battle and determine the overall fate of Stalingrad over the course of several online matches.

The UDK is an incredibly powerful toolset. It lets people make their own games of just about any style that they choose much easier than with purely raw programming. A team of four or five guys can make a game to rival anything being put out by Electronic Arts.

The UDK has a really awesome licensing system too, where you only have to pay $100 if your game makes less than $50,000. That’s a high milestone to hit, and once indie devs have hit that mark, they’ll have no issue paying the additional fees to Epic Games, the studio who licenses the tech. Steam is also really willing to sell these new games, so indie devs have an amazing opportunity to produce content and make money doing it.

This is great news for gamers because we’ll get to play games that big companies will never make. At PAX East, I had a chance to see two great games being made by guys using the UDK: Age of Chivalry (Torn Banner Studios) will let players engage in realistic medieval combat, and Primal Carnage (Lukewarm Media) will pit humans against dinosaurs in multiplayer battles. These games look great, and they will offer some very cool alternatives to playing Call of Duty-like games all day.