Before you pass judgment on me, hear me out first.

I’ve been a fan since Final Fantasy VI (sorry, I came into the RPG world late). I felt that Final Fantasy VII was one of the most defining moments of video gaming, and took the video game world into a whole new era. I’ve bought many of the remakes for PSP, DS, spin-offs, and unlike most Final Fantasy fan-boys, I did actually like Final Fantasy XIII.

There-in lies the problem with the Final Fantasy universe. From an outsider’s perspective one would think that with all the sequels and spin-offs that the story of Final Fantasy is one GIGANTIC epic tale, spanning multiple generations and characters, fighting one great evil in one, great big world.

It would either be one of the most creative and expansive storylines ever in fantasy history, or the makers are beating a dead horse. However, the Final Fantasy universe is neither. I would lean more toward the latter, actually.

As a matter of fact, the name itself came on by a mere shot from the hip. As quoted by Hironobu Sakaguchi, the creator of the series: 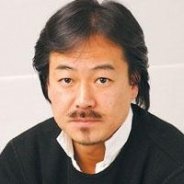 “The name ‘Final Fantasy’ was a display of my feeling that if this didn’t sell, I was going to quitthe games industry and go back to university. I’d have had to repeat a year, so I wouldn’t have had any friends – it really was a ‘final’ situation.”

Now he has since moved on into the role of president of Mistwalker, most notable for the RPG sleeper “Lost Odyssey”, and the upcoming Wii title “The Last Story”. So actually, the name wasn’t meant to be a large, epic series of unrelated games and spin-offs.

Ok, now on to why I think the Final Fantasy name should die out.

The only thing really tying in the games have been a few returning staples; chocobos and a few moogles, crystals or whatever, and Nobuo Uematsu. Granted that in some cases you can tell a Final Fantasy game from any other RPG game, however that boils down to its production value. Square Enix puts a lot of stock and money into their development teams that make the Final Fantasy games (well, maybe not enough for Final Fantasy XIV), because typically the name “Final Fantasy” is synonymous with quality, and a returning fan-base. Final Fantasy’s have been known for big worlds to explore, grinding enemies to find the best items, weapons, and magic, and featuring over 70 hours of content. 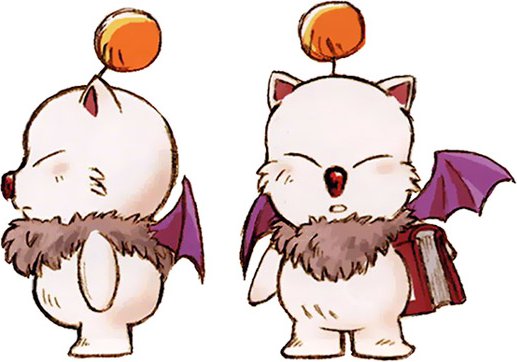 Gee, you know what? I just described every other RPG out there just now! From Lost Odyssey, the Grandia series, the Tales series, Elder Scrolls, etc, they all feature the same kinds of gameplay features. It’s what Role Playing Games (RPGs) are meant to be. There is nothing, besides those chocobos, moogles, and crystals that tie the Final Fantasy games together.

Take a look at the most recent Final Fantasy, Final Fantasy XIII. Honestly, I labeled that one to be the most different game of the entire series, alongside Final Fantasy X, both of which had similar, linear gameplay qualities. Compared to the previous Final Fantasy titles, the combat system was faster paced and more action packed than any of the previous titles. The game offered very little exploration, even near the end when it gave you a large field to roam around in. Grinding was kept to a minimum, only allowing you to progress to a certain level for each section of the game.

Honestly, if you put this game in front of me, without me knowing the name, I would never have figured it out to be a Final Fantasy game. Unless I saw that chocobo Saz had in his hair. You could have called it “Lost Odyssey 2: Cocoon”, or “Grandia IV” for all it mattered, and I would have believed you.

That is what the creators are struggling with; pleasing the fan-boys. The series’ fans want that great feeling they got when they played Final Fantasy VI, or VII, or III and knew it was a Final Fantasy game. Experiences like that can never be created again, unless you were to remake Final Fantasy VII (even still, I don’t think you can recapture that). Most of the people that hated Final Fantasy XIII were, indeed, those fan-boys that grew up playing the series. They clamor for something that reminds them of the old days. It can’t be done anymore, and I think we all need to accept it.

However, I think I would more like that in a brand new title. A new brand, a new name, and a new focus, with many of those brilliant minds that worked on the previous titles. The creators now shouldn’t have to bind themselves to the past, and try to live up to their fans’ expectations. We should allow them to move onto greater horizons and let them create something that, maybe one day, could be much greater than any Final Fantasy game prior (GASP! Never!).

You made such an immense stamp on the world of RPGs, Final Fantasy. It’s time for us video gamers to move on, to remember the good times, and the bad, and to talk about how we lived it, and where we were when those great Final Fantasy moments happened.