Starting the show with Modern Warfare 3 shows you've got nothing new to say to the hardcore gamers Xbox. Every gamer knows a new Call of Duty is coming this fall. I bet most fans could have guessed it was Modern Warfare 3. The gameplay itself got off to a boring start. The dude on the stage looked bored playing as swam underwater.

Tomb Raider looked cool. I instantly thought of Uncharted when the trailer started, but after I saw her pull that stick out of her side I saw this game was serious. Nathan Drake is one of those guys who plays with fire and never manages to get a scratch on his face. Seeing Lara Croft get beat up as she made her way out that cave was cool. Add Tomb Raider to my list of games on my radar.

I'm skeptical about the Kinect support in Mass Effect 3. Sure it sounds cool to be able speak your dialogue choices to the game, but how does it sound to the person in the other room? "You're the Krogan's last hope." My family is going to think I'm crazy. Did Ubisoft show actual gameplay to the new Ghost Recon? All I saw was a trailer and a guy customizing his gun with his voice via Kinect. Only reason why I ask is cause I'm not sure if the game was a first or third person shooter.

Kinect blah blah blah. I thought Kinect was about using your body to make things happen. I guess it's more about using your voice to navigate menus. I think I'll save my $150 and just use my controller thank you very much. The purpose of Kinect's technology seems to be to make the gamer lazier. That Ryse game presented by Crytek seemed… Interesting. I don't know how exciting it's going to be punching and kicking the air. I'll wait for the reviews for that one. 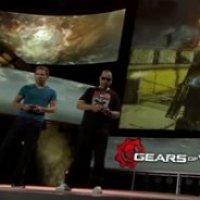 Phil Spencer called Gears of War 3 the biggest exclusive of the year. That's scary since we've known about the game for years. As a matter of fact the game should've been released by now if it kept it's original release date. I'm not mad that Gears of War 3 is the big cheese for Xbox this year, but I want to see an exclusive I wasn't expecting. There's still another 45 minutes left of the show. Surprise me Xbox.

I got nostalgic when they presented Halo: Combat Evolved Anniversary. It made me think of how far the series has come since 2001. It feels like yesterday when my friends and I spent months playing the first Halo. Those were the days. 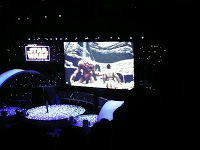 I'm not sure about Star Wars Kinect. I want to see something innovative with the technology. All I see is the player swinging the light saber and moving things. Do that in one game you've done it in all.

I see why Xbox was so quiet on the days leading up to E3. Microsoft had nothing to say. They're still hung up on Kinect which has yet to do anything for the hardcore gamers. This technology needs more time behind it. Maybe next year we'll finally see that hardcore game on Kinect. 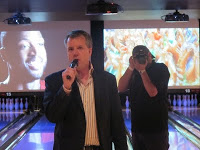 How come Major Nelson never hits the stage at E3? When I see his tweets I instantly think Xbox. I've seen him speak at a Tweet Upl, and he does a good job at keeping peoples attention. I don't get it. Sure he's on Twitter with the updates during the show, but Major Nelson not hitting the stage is like Kevin Butler not appearing at Sony's show. 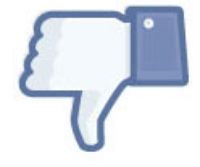 Overall I give the show a thumbs down. Xbox 360 isn't doing anything for the hardcore gamers besides Gears of Wars 3. Kinect wasn't cool 2 years ago, and it's not cool now.  The Halo 4 trailer at the end was not a surprise neither was finding out it's going to be a trilogy. Next year Xbox focus on the hardcore gamers please. You'll be doing everyone a favor.