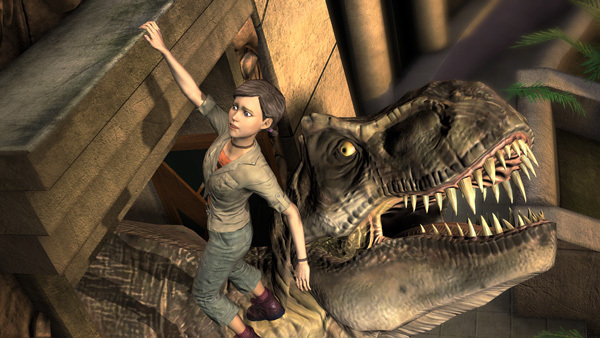 Ever wonder what happened to the shaving-cream can of dinosaur embryos that Dennis Nedry (the fat dude from Seinfeld) lost halfway through the film Jurassic Park? Right before he got eaten?

Why is it cool?

"I always wanted to see what happens after Nedry dies," said Telltale designer Joe Pinney. "This game is a perfect opportunity."

Pinney walked us through a section of the first episode of Jurassic Park, and its mix of exploration, problem solving, and sheer dino-inspired terror looks like a winner.

Context-sensitive button presses (a la L.A. Noire or Heavy Rain) help you inspect your environment as you find clues to Nedry's disappearance and the location of his dino-egg toiletries. You'll also use timed events to escape the attacks of the park's reptile residents. It adds up to a fast-paced experience, packed with much more action than Telltale's previous offerings. 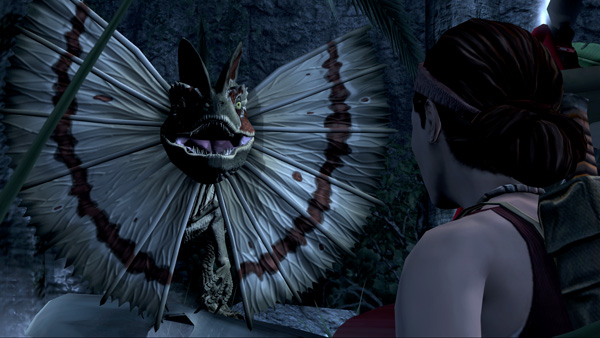 The moment you will fear dinosaurs again

We were trying to escape a group of dilophosaurs — the "spitters" that ate our friend Nedry — when they suddenly scattered in horror, leaving us alone in the dark jungle of Isla Nublar. Alone, except for the noises in the undergrowth, drawing ever nearer…and finally biting our character's arm, an action that Pinney assured us will have dire consequences.

"This dino is a new threat to the park," Pinney said. "It's a nocturnal hunter; it uses fear to its advantage, leading the humans to act in ways that will benefit it." Sounds pretty terrifying to us.