It's about time Tony Hawk made a comeback. The once best selling skateboarding franchise has become a symbol of failure in the gaming industry. It would be a shame to have the series end on a such a low note. Neversoft needs to remind us why we love the Tony Hawk franchise. It's time to bring back Tony Hawk's Pro Skater.

We all know Tony Hawk's Ride & Shred were failures, but why were they failures? First thing I'd point to is the motion controlled skateboard that was required to play these games. It's clear Tony Hawk wanted to capitalize on the motion control fad that was going around. The problem was the games didn't successfully track the players movement which made the concept more of a gimmick than anything else. I personally have no interest in riding a skateboard which is why I like the arcade style Tony Hawk games always had. For your comeback you must get rid of the skateboard control. 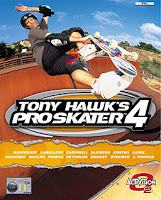 You don't want to make a comeback that sucks. You want to remind the gamers how good Tony Hawk games used to be. Don't go overboard trying to add new features. Just give us the Tony Hawk experience we deserve. You could test the water by releasing an HD version of Tony Hawk's Pro Skater 4. I bet if it were under $15 it would do quite well. I personally could use a new Tony Hawk experience. It was a game people enjoyed watching me play as I attempted to score million point combos. Please come back Tony Hawk's Pro Skater. We miss you.