There are hundreds of ways to say the same thing, but more often than not, video games are written about in one style:

Perhaps it’s a symptom of our consumerist culture, where millions of objects sit on shelves thousand of miles away from the people who create them. I think it’s a good thing to talk about the bits on a disk not as if they manifested there by themselves, but as the result of thousands of hours by real women and men.

It is easy to forget that there are actual human beings spending their lives designing and programming Mario’s double-jump. 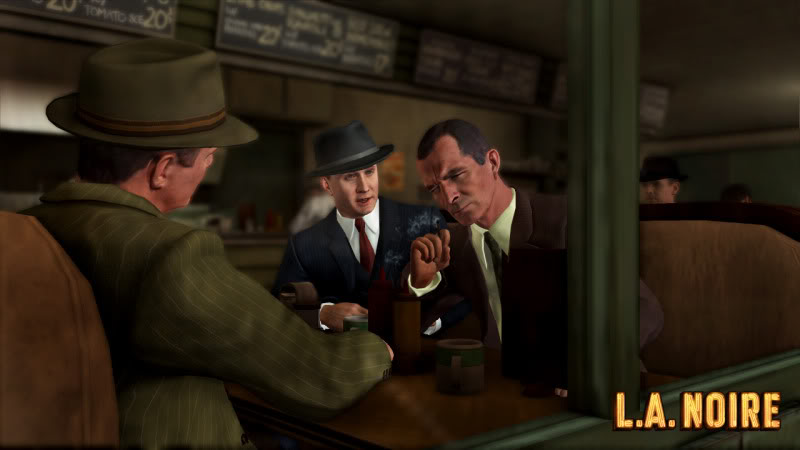 – How many real people made the suits that make the men of L. A. Noire?

I would like to publicly say that this was one of the finest stories I’ve read in the gaming press. The author discusses the human resources issues that surrounded the production of L.A. Noire, citing former Team Bondi employee accounts of unfair treatment. Mr. McMillen aptly breaks down gaming lingo and raises interesting questions about the people making games. It is a look behind the curtain, where real people dedicate their talents into a single piece of work and face the realities of product-driven ‘art’.

What was most impressive about the piece is the premise: ‘Why did this video game take 7 years to make?’, rather than being something like ‘This is why L. A. Noire took 7 years.’ After reading the article it is easy to say that mis-management probably had to do with it, but Mr. McMillin leaves that for the reader to decide.

I’m very glad to see a piece like this featured on IGN. I know there are other sites that are dedicated to these types of stories, but an article like this being salient on the biggest gaming site in the world shows that peoples’ interests are heading in the right direction. It’s both a critique on the state of the art form and uncovers lessons for those involved to learn from.

Kudos to Mr. McMillen and IGN for investing time and resources into a look at the real people behind the polygonal faces.