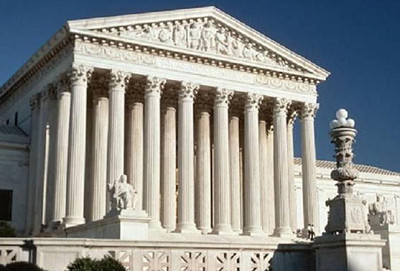 Folks around the industry are hailing Brown v. EMA as a definitive victory — even the validation of an art form. I share their jubilation — if enacted, AB 1179 would have delegitimized gaming as an entertainment medium — but remain cautiously optimistic. The war is far from over, and gamers have themselves to blame for drawing out this quagmire.

Without a doubt, California’s case was weak. From the outset, California acknowledged no “direct causal link between violent video games and harm to minors.” Instead, it relied on conflicting psychological reports, and the spurious presumption that video games are more toxic than books, movies, TV, and music. Via the “Three Prong Obscenity Test,” AB 1179 sought to prove that video games constitute unprotected speech. But the state couldn’t demonstrate a compelling reason why video games should be denied first amendment protections.

California’s whole case rests on the supposition that the medium's interactive elements make it acutely harmful to children. In turn, this assumes the following:

1) Children can readily purchase “violent video games” without their parent’s consent.
2) Gaming is primarily a child’s hobby.
3) Exposure to violent images compels one to commit violence.

Disproving the first two is simple: The average gamer is 37, and retailers generally enforce the ESRB’s ratings more vigorously than comparable systems. In an undercover FTC report, only 13% of minors were able to purchase M-rated games, compared to 33% of underage theatergoers buying tickets for R-rated films, 38% for R-rated and unrated DVDs, and 64% for explicit CDs. And despite 40 years of haranguing, no study has conclusively linked violent media with aggression. 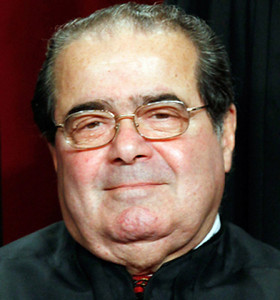 Writing for the majority opinion, Justice Scalia was unequivocal in his rejection of the “interactivity” argument:

California’s claim that ‘interactive’ video games present special problems, in that the player participates in the violent action on screen and determines its outcome, is unpersuasive.

Psychological studies purporting to show a connection between exposure to violent video games and harmful effects on children do not prove that such exposure causes minors to act aggressively. Any demonstrated effects are both small and indistinguishable from effects produced by other media.

Scalia compared gaming’s interactivity to Choose Your Own Adventure books and drew analogies with the violent content found in Grimm’s Fairy Tales, The Odyssey, Dante's Inferno, Lord of the Flies, and even Bugs Bunny.

Justice Alito was more reticent. While supporting the majority opinion, he expressed myriad reservations. On gaming’s interactivity, he noted that “the Court is far too quick to dismiss the possibility that the experience of playing video games (and the effects on minors of playing violent video games) may be very different from anything that we have seen before.” He left the door open to future legislation.

Why is gaming such a persistent target? I’m one of its staunchest defenders, but the medium has done itself no favors. When its portrayal of women relies on two gigantic breasts with their own physics engine, its violence demonstrates the maturity of a Road Runner cartoon, and its writing is one big Jill Sandwich of a mess, gaming has no chance of being taken seriously. Many people see the hobby as child’s play (not unfairly) because it often has the maturity of a ten-year-old. 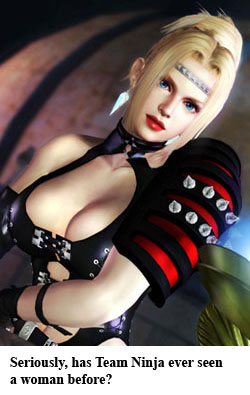 We enable this immaturity by not holding developers accountable. Every time we excuse preposterous female avatars, buy 20 million units of a brainless FPS, or tolerate piss-poor dialogue, it makes gaming look bad. Every time we praise gaming’s technological virtues while overlooking its narrative blunders, the vicious cycle continues.

Never mind the obscure titles (Custer’s Revenge, RapeLay, and JFK Reloaded, among others) cited by Justice Alito to prove gaming’s depravity. When mainstream gaming is so painfully juvenile, the public will judge the medium accordingly.

Some consider Brown vs. EMA a landmark decision. I have no such delusions. The state lost because its case sucked. More challenges will follow. Justice Alito made it abundantly clear that the door is open. Outsiders perceive gaming as child’s play, and we’ve obliged them by behaving like children. Developers tie their own noose by catering to the lowest common denominator. To all the enablers out there, I implore you to consider the possibility of another AB 1179 and its implications for gaming.