My experience with Mortal Kombat emerged from a perfect storm of circumstances:

MK ended up in a house full of my dude-bros, minutes away from my house. Thus started the most primal of video-game tropes: competition. From then on, we four have not stopped, and I have effectively grown thumbs on my thumbs. 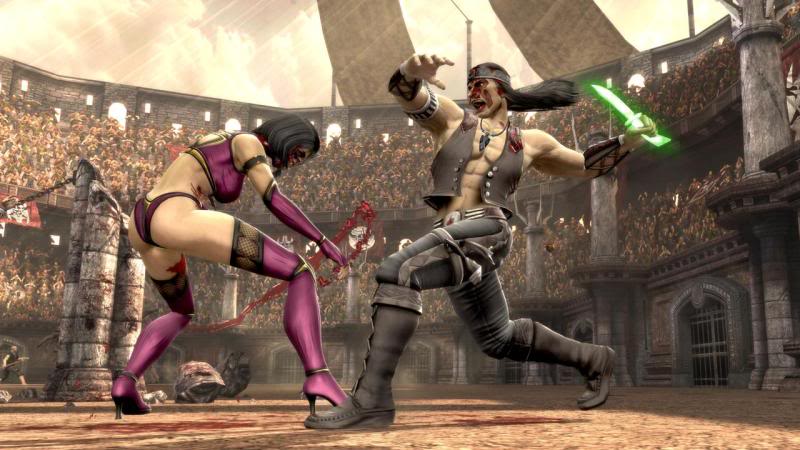 In this way it reminds me of one of my favorite games of all time: Super Smash Brothers. (Melee for the record)

And I make this comparison for two reasons:

1. One: It is best as a shared experience

The things I like about Mortal Kombat revealed themselves through the parallel progression us four experienced. Mechanically, the game plays very well. Everything is responsive and the move-lists make sense. The inclusion of the x-ray moves (simply mashing the two triggers once you have filled up a meter) not only adds a layer of tension to a fight, but also once executed, provide players to collect themselves during the 7-ish second gore-fest animation itself. I appreciate that dynamic change in pace in what usually amounts to 3 minute matches of intense concentration. 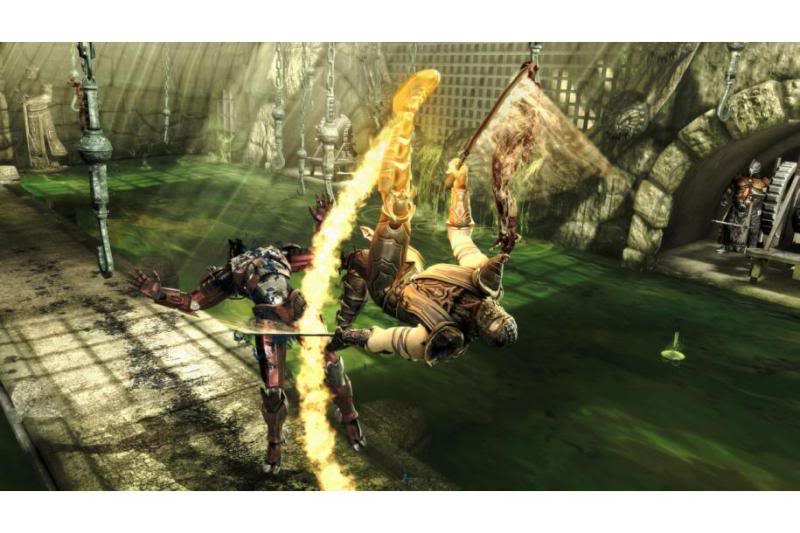 2. Two: Like Smash Brothers, MK9 is very noobie-friendly due to its over-the-top-edness and tiered battle-system.

Universal acclaim from this contingent give us enough reason to always have time for a few rounds, no matter who shows up, or how hot she is.

The characters are all hilariously rendered, are technically impressive, and provide enough fodder to keep the presentation of the game continually interesting to everyone. In the same way Smash Brothers’ bright lights and Nintendo-explosions appeal to unseasoned gamers, MK’s blood and gratuitous gore makes a usually boring experience (watching two people mash buttons) into a fun spectacle.

The way the gameplay is arranged also allows players to graduate together, into increasingly higher levels of play. It is not hard to do something that looks cool and figure out when to do it. From what we’ve observed, the continuum of MK’s gameplay tiers is the following:

What’s next? I guess we will eventually find out.

MK is a great game, and I recommend it to groups of gamers. It is a fun way to see some over the top visuals while technically getting better at something, together.

As for my thumb callouses…

Once the feeling returns, I know I haven’t played MK for long enough.