[Not sure how this transmission from Microsoft's Customer Service department landed in my inbox before everybody else's…I blame Anonymous.]

As you may be aware, Xbox Live’s interface has received a facelift that incorporates the Kinect in exciting new ways.

In our continuing effort to open our online space to a broader audience, we are searching for new ways to deal with the issue of hostile Xbox Live users.

It is clear that we cannot prohibit our most loyal subscribers from ventilating their aggressive, obscene, homoerotic, and misogynist desires while playing on Xbox Live. This new update represents a larger compromise that regulates such behavior.

In the coming months, Xbox Live users who are deemed infantile and unpleasant enough will be awarded specialized License tags on the user profiles. This initiative will ensure that this behavior is performed solely by "real" douchebags and experts in "being fucking annoying," and not by mere imitators who don’t really understand what it means to be a true asshole.

The following flowcharts show the facultative requisites needed to obtain the privilege of performing some of the most imbecilic behaviors imaginable. Microsoft and the team at Xbox Live will award a special Gamertag icon to those worthy of certification as a specialist in engaging in this kind of behavior.

The Crybaby License certifies you as someone capable of creeping the hell out of anyone unlucky enough to share a match with you. 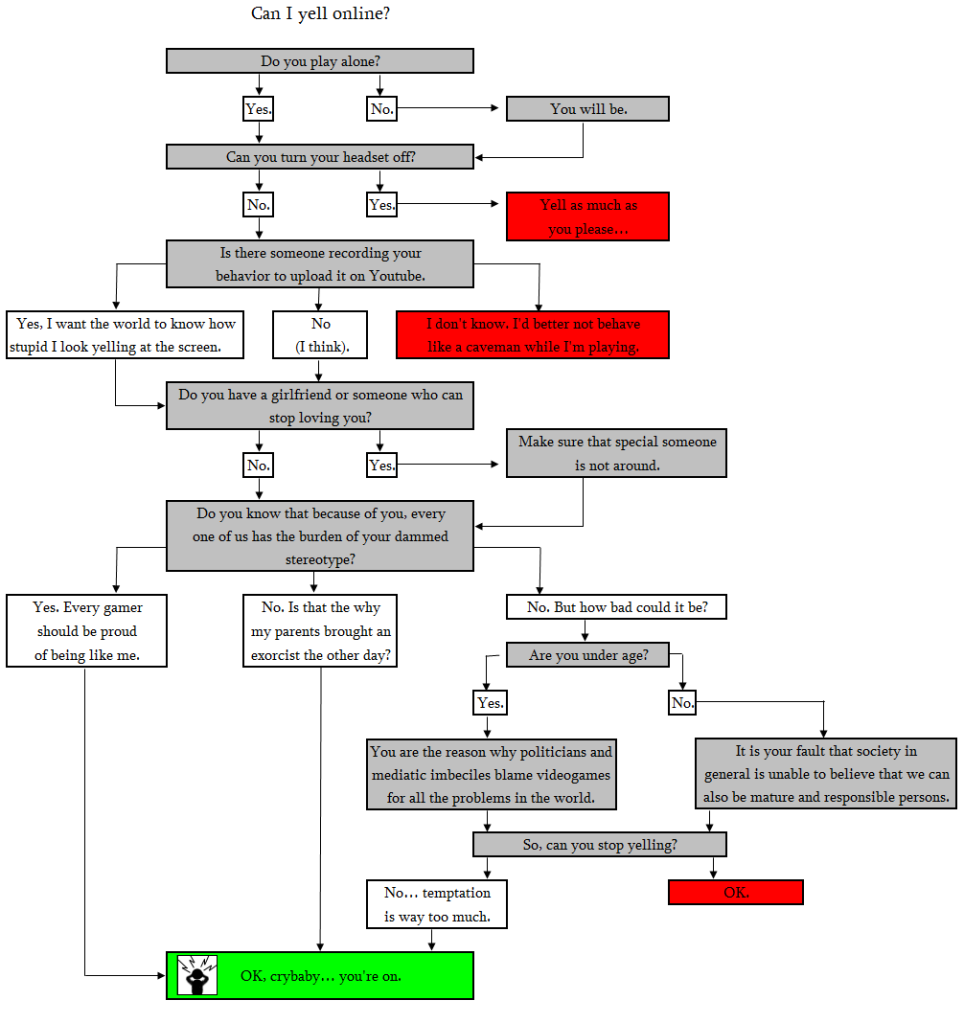 2) Can I betray my teammates?

The Traitor License gives you the right to betray anyone on your side in order to reclaim a weapon you need to compensate for your lack of expertise or unwillingness to fight with the regular loadouts of your favorite shooting game. 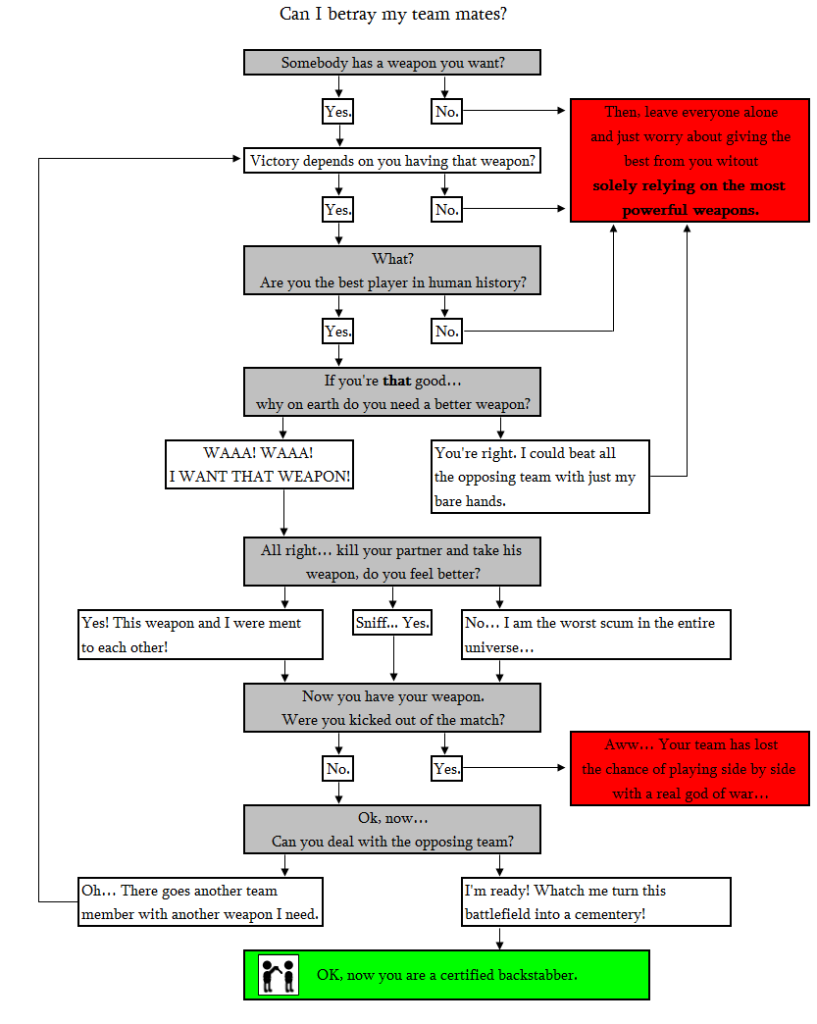 3) Can I greedily collect the best weapons?

The One Man Army License allows you to greedily collect every weapon, grenade, equipment, and vehicle that you consider necessary to correct your sucky performance in the battlefield. 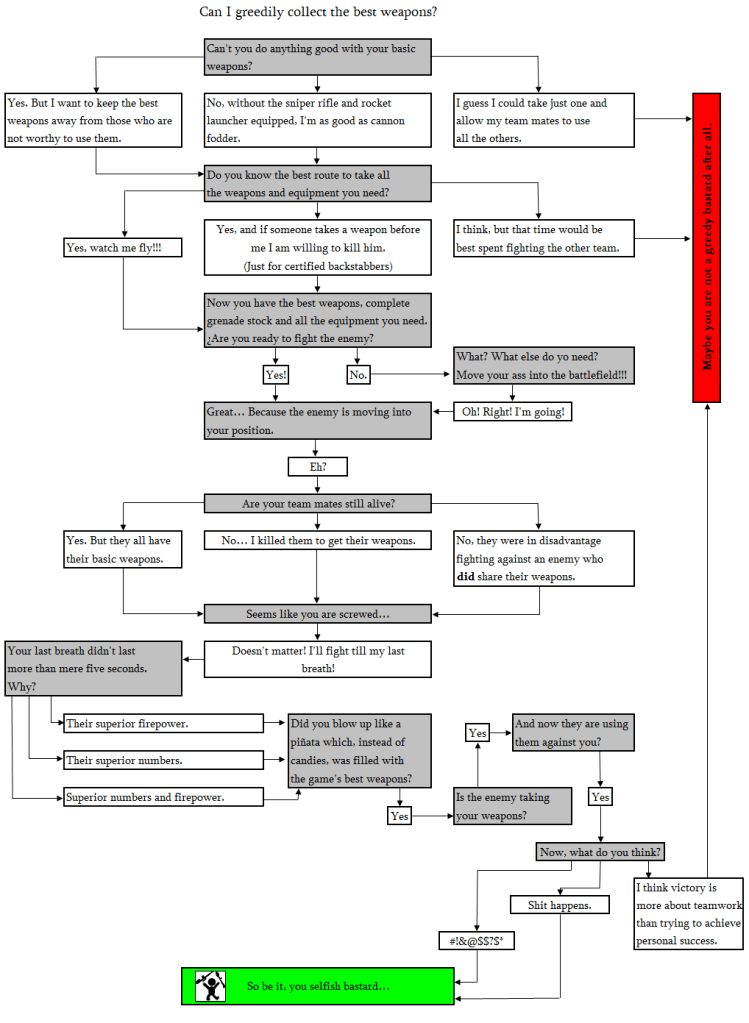 4) Can I curse and be obscene?

The Filthy Mouth License allows you to be as annoying and disturbing as your obscene vocabulary lets you. The sky is the limit! 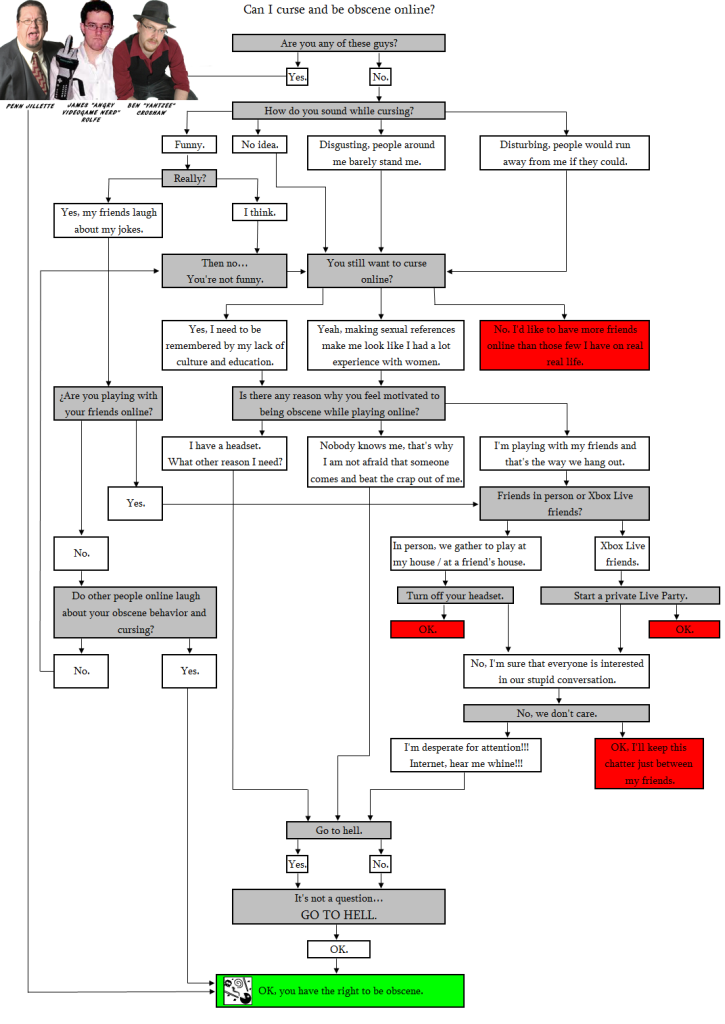 New measures and certifications will be available and offered to those disturbing subscribers whose scale of douchebaggery goes beyond established standards.

Meanwhile, we ask to those subscribers who do not consider themselves imbeciles to refrain from imitating the real pros and experts who possess the necessary amount of air inside their heads. Those capable will perform these moronic yet necessary tasks.

Measures such as account suspension or banning may be considered as possible reprimands for imitative behavior, and extreme cases of uninspired stupidity may result in being slapped across the back of the head by a Microsoft executive.