The main LulzSec MO is to cause chaos and steal personal information from innocent people. This should never be supported and is akin to blatantly stealing at gunpoint from an innocent person on the street. Freedom of information should be treated in the same way as freedom of speech. As long as the speech/information is not hate speech or inciting violence, intellectual harm, or unfairly targeting a specific individual with the wrath of the masses, it should be protected and allowed. Once that line has been crossed though, the freedom has been forfeited and that person should be punished. This is part of the overall social contract that people have made with each other and is often protected by actual laws made by governments. These rules apply to everyday person-to-person interactions as well as anything online. Because online happenings are often anonymous and international, it often can be hard to find and punish the people responsible. Relating these hackers to Mexican cartels and terrorists is perfectly apt, especially because the identities of these criminals are also often unknown. 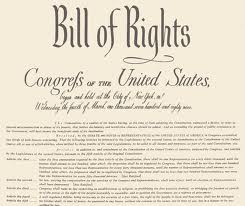 You have to trust the government though. Maybe not fully, but much more than these people that actively are trying to harm innocent people for personal gain. While of course it would be naive to think that parts of the government are not corrupt (it is run by people and people inevitably will look out for themselves over all others), but we have created our government and system of laws in order to protect ourselves and when you think about it, they do a good job. When the government trots out someone that they believe has ties to a criminal group, you have to remember that this is the result of many, many people’s hard work trying to find who is responsible. The reasoning for this is deeper than just “hooray, we got him.” It shows that the government is actively trying to punish those responsible and that eventually, you will get caught and punished. Deterrence is a huge part of the law and should always be applauded.