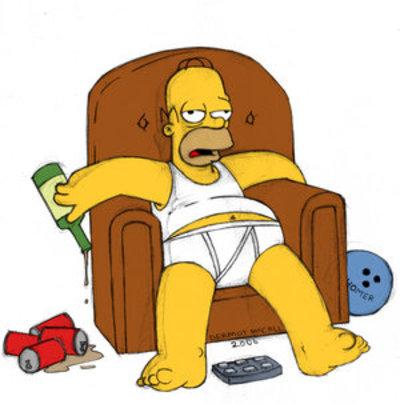 It is nice to party once in awhile.

I, for one, am not a big drinker, but certain occasions tell me otherwise.

My friend from Florida came up to NY (who I haven't seen in nearly two years) and insisted me to go out to the bars like the old days. "Sure" I replied, with a disgruntled look on my face.

Man, what a night.

But with every party-until-3am festivity, there's a catch: You feel like hell in the morning. Drink water my friend, with all your might.

And that's what I did — rehydrate, sat around in laziness, and embody myself as a human waste of skin. I decided to break out Megaman 9 (or from my hard drive, rather) and work on some freakishly-hard achievements I never unlocked. I will tell you, the last thing you want to do is put yourself in a position to face a difficult game after getting $%#!-faced prior to that day.

Maybe it was my half-assed awareness or post-drunk capabilities, but Mega Man 9 is still a hard game. With practice, 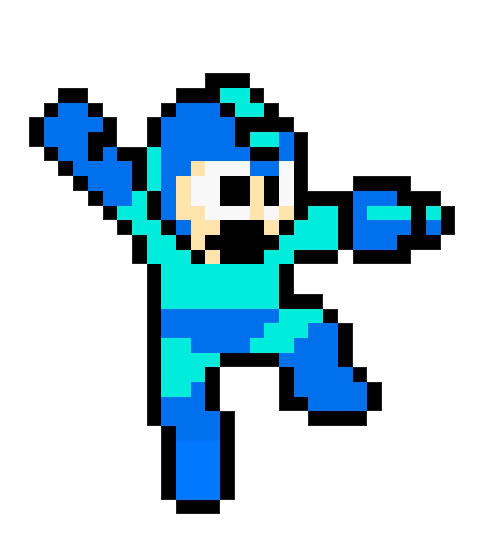 you can learn the levels and all, but my motivation was at zero. Hell, I even wrote a FAQ for it! Perhaps zombies in Black Ops or Left 4 Dead 2  would have fit the bill.

With the Long Islands circling in my stomach and tearing up my liver, I tried to complete the game; only to put the controller down and give my TV the finger when I lost.

I was glad I wasn't the one of those people who post videos on YouTube displaying their time attack modes; I would've received many comments saying "You suck" below it.

A while ago, I wrote an article here on Bitmob called Shadow Chronicles: Overlooked games of the past. This is somewhat a  continuity of that — some people haven't play these games because of their difficulty — others just aren't met to be turned on when the player is hurting in the morning like Zachary Galifianakis  from The Hangover. At least (to my benefit) I didn't have a random tiger in my room whose owner happens to be Mike Tyson. Yikes.

Here are some games that, well, make you hate life after your bar-hopping night. This isn't in any particular order.

*Action is a possible response to someone hung over from drinking. 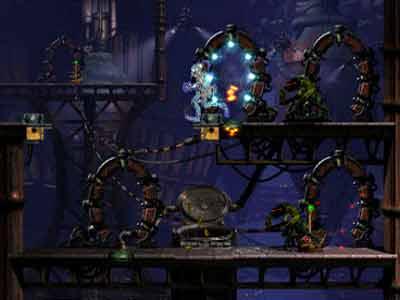 One word: Mudokons. It was real pain scouting for these, and also a thorn to find secret areas. You ended up defenseless at a dead end; meaning you were screwed.

You needed to think, use traps and other obstacles in order to get past your enemies. Nifty idea and overall great game, but Mr. Tequila would say otherwise.

Action: If you have to think, your head will start pounding.

Out of This World (Multi-Platform, SNES) 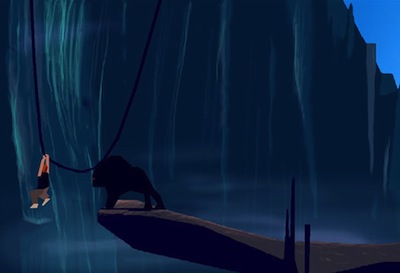 Remember this scary #@$!#n' thing? Many gamers lost count how many times they died trying to complete this game. If you ever did beat it, kudos to you.

I would love to see someone smashed and take on Eric Chahi's original-PC game. Even sober, there were countless times where I had to walk away in despair.

Action: You will turn it off after your 100th death.

If you thought the first Tomba! was cake, try going up against its sequel.

Changing suits was fun, completing objectives were a little lame, but just think of how many times you ended up getting stuck on this tribal platformer. Raise the bridge, put out the fire — who would've thought it would take so much work?

Before Rare developed great games we know today (such as Goldeneye and Donkey Kong Country) their first patch of games consisted of 8-bit Double-Dragon-like fighters and a flight simulator similar to Top Gun (but better).

Similar to Contra, Battletoads only had limited lives and continues, and if you were lucky enough to get past this hover bike part, you'd think the game would go easier on you. Hell no.

Action: I doubt Captain Morgan would settle well going down the pit in the second level. 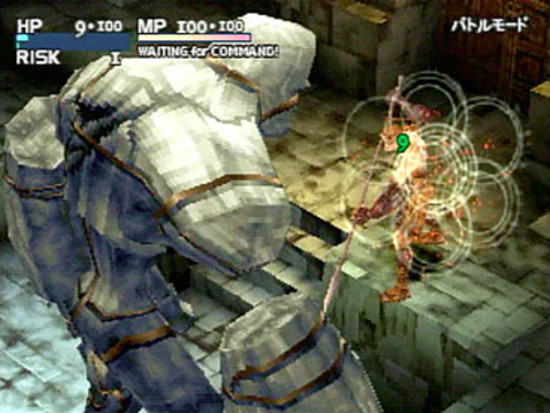 Back in the PlayStation One days, Square produced so many excellent RPG titles — it was as if they were running on an assembly line.

This was one of them.

It may have been overlooked (by Final Fantasy), but enemies were brutal (not counting the bosses) and many people never compassed this game. This wasn't Breath of Fire, you know…..

Action: Once you have fallen to defeat by a regular foe, you switch to your Nintendo DS and play Barbie with your sister.

TMNT was hot at this time; everyone was into the turtles.

So you'd think Konami (Ultra games) would go easy on its players for this title, since majority of its audience were kids.

Wrong! This game is categorized as the least favorite in any turtles game, sure, but it also is tougher than any other in the series.

It's so weird: men with chainsaws or whatever the hell they were just bitch slapped you around.

Action: A hung-over dud probably would call it quits once you dive into the water. 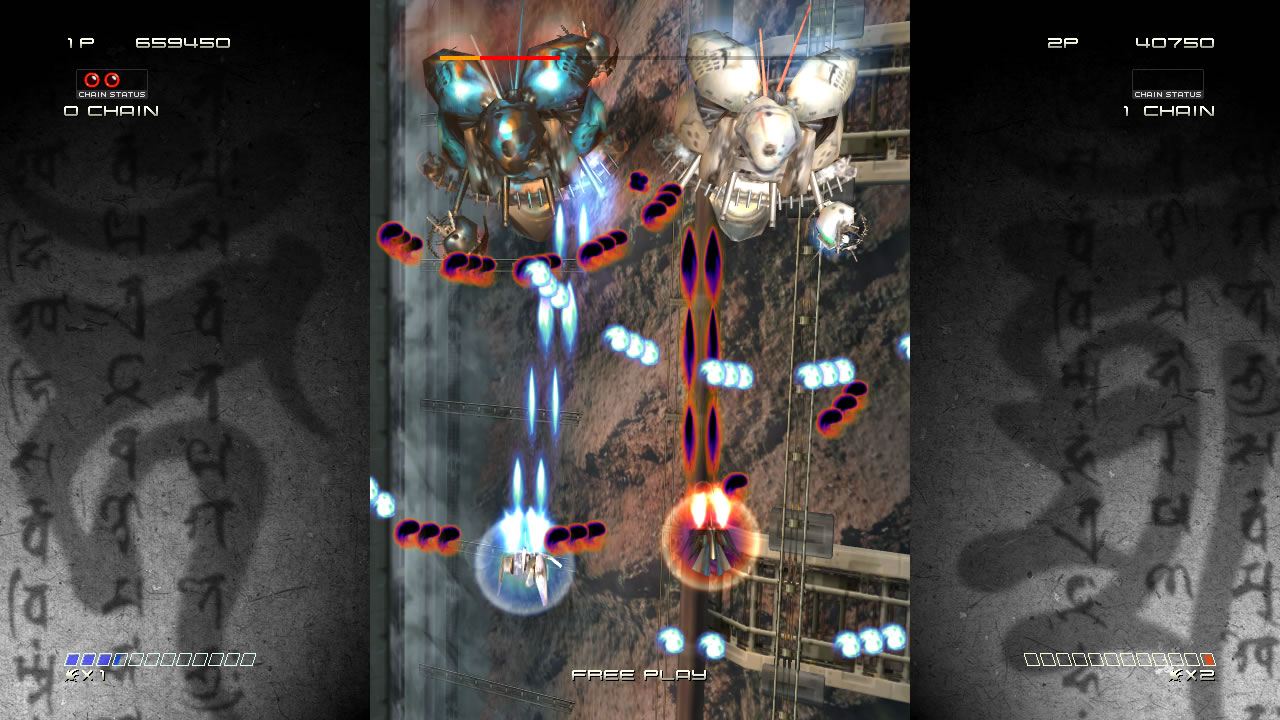 Fan of the Gradius series? Give this one a shot.

They should have called it "Ay, caramba!"

Lifeforce was also a difficult game, but this GameCube title made it look like a walk in the park. Some gamer out there has a overall outstanding record-breaking score (he probably has arthritis now), but for the rest of the drunks, I doubt they can clear the first stage.

Challenge: "You're my bitch."

Action: Probably not willingly or capable of driving, you call your friend up to trade the game in at GameStop.

Pick one. Any one.

Have you played Ninja Gaiden 2? Minga!

I own the original one for the NES. Gaiden means unforgiving, doesn't it?

Maybe not, but these games even in the modern days of gaming are way out of hand. Ironically, they keep getting more difficult release after release (and I thought it wasn't possible).

Action: After sipping on grandpa's old "cough medicine" with your buddies, you watch that Urban Ninja video on YouTube. Then, you have the desire to play this game the following day. You cry, and dwell yourself in tears; wishing you could be a ninja. You fail miserably. 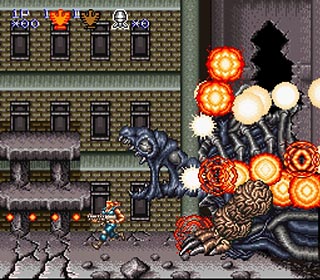 Yeah, you knew it was coming.

It doesn't matter which one you play, honestly, you're still treated like a 10-year-old pussy.

Sure, you have the famous Konami code, but that still didn't stop alien-breeding monsters from decapitating you (with one hit).

But that is what Contra was all about: Challenge and Co-op fun.

Challenge: It's Contra. Come on.

Action: Half-gassed from last night, you can't seem to acquire the spread gun. And even if you do, you lose it instantly. You need more than 30 lives. 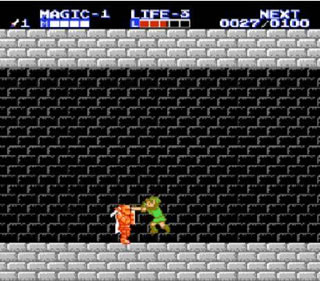 People always gripe about how Zelda games are too easy (especially the bosses), but the second one in this everlasting series was a teeth-grinding badger adventure.

It's not everyone's favorite game, but whoever's idea of making the Iron Knuckles defense mechanism nearly untouchable sure didn't want you to prevail in The Adventure of Link.

Challenge: No Navi. For once you wish there was.

Action: It is all so great to rivet the green tunic and venture off into Hyrule, but when you get hit and knocked off into lava pits like it's the game's job, you go back to Wind Waker.

Though it all relates to how bad your hangover rate is on the scale, any game that prompts you to get out of your chair and use your all-mighty body energy is something you probably won't qualify for (or have).

Yeah, Kinectimals are fun, but if some whiskey beat my carcass the night before, I would rather play Pong.

Action: After dancing  in the club last night, you practice your game in Dance Central. The same result happens: You puke on the floor — this time on your own turf. 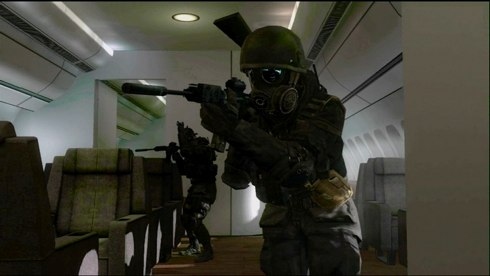 Still my favorite Call of Duty.

It took me (if my memory serves me correctly) two weeks straight to get the High Club achievement (taking a break off and on).

From the moment you start, everything needs to be patent to perfection: One wrong move and you have to start over.

The multiplayer is fun, but playing the campaign on Veteran would piss off anyone that woke up on the wrong side of the bed.

Challenge: No juggernaut perk to save you.

Action: You can't tolerate little kids calling you a bitch in the multiplayer, so you start achievement/trophy hunting. On Veteran difficulty, your headache becomes worse from all the flash grenades you blind yourself with.