This might sound a little hypocritical since I’ve logged 7 days of playtime on Modern Warfare 2, but I’ve always believed that Battlefield is a better FPS than the  Call of Duty series. I’ve felt this way even back when Battlefield 2 was released for the PC but never felt the need to express this openly. But with the battle between Modern Warfare 3 and Battlefield 3 reaching a fever pitch, I’m ready to pick sides.

I know that people who have sacrificed their GPA, social life and waistline in order to prestige 10 times in Call of Duty will be in denial but I’d like to think that I make some honest points here. 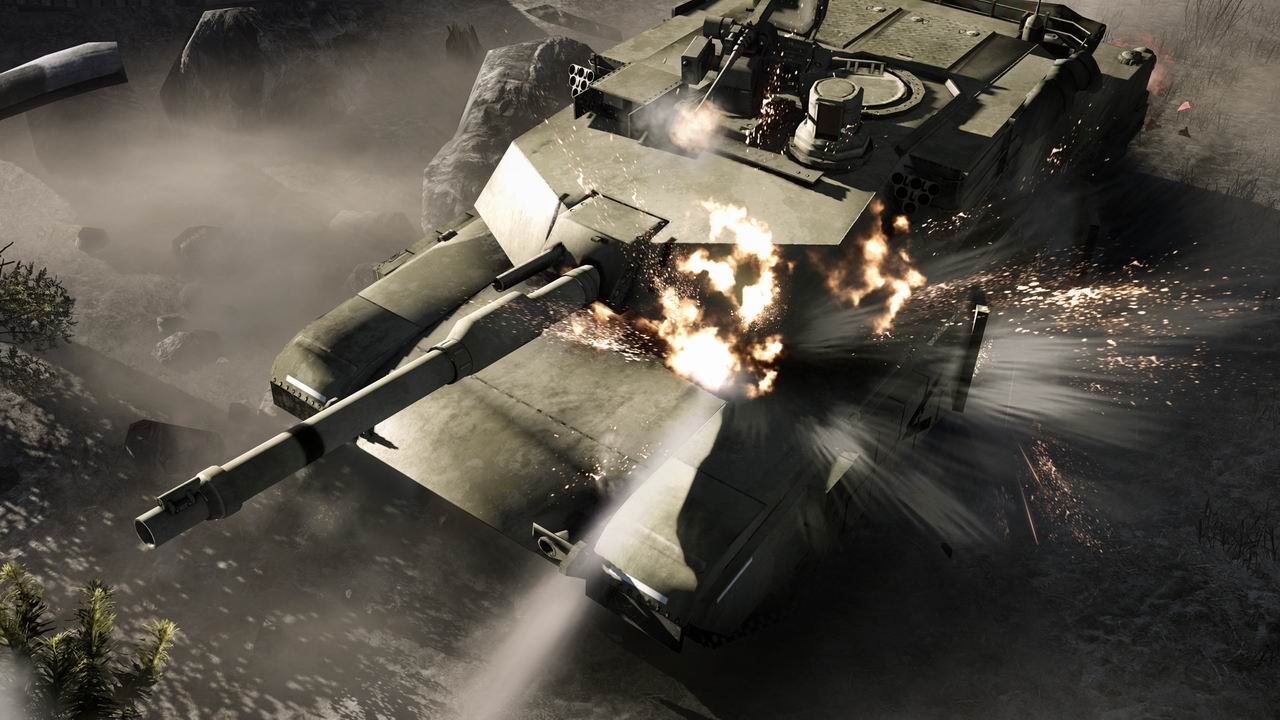 When anyone mentions “vehicles” in an FPS, they say it in the same tone that one would say “diarrhea”. I mostly think it’s because of what the Scorpion Tank did to players in Halo 1. Remember that? Having your friend score 20 straight kills with the damn thing’s turret while you desperately searched for the only rocket launcher on the level?

The open, outdoor terrain is richly varied with plenty of hills and cover that allows you to hide from vehicles with little trouble. Vehicles are rarely used for search-and-destroy; more often they are used to lead the charge when taking back a flag OR to ensure the safe transport of troops across enormous stretches of land. When a tank or vehicle IS sighted, many players will immediately hide and the recently killed will re-spawn with anti tank weaponry.

The balance is beautiful; I remember several occasions in which me and a few teammates defended the tank instead of the other way around! As grenades and rockets began to fire, we immediately took cover and attempted to pick them off before our tank went up in flames and we lost the position. True variety.

Now while there’ s “Team” game modes in Call of Duty, it doesn’t embody the spirit of teamwork. Most of the time, it basically involves every member running around according to his/her own agenda as they attempt to score as many kills as possible (even in game modes where kills aren’t the main objective). If any two players do end up showing anything that resembles teamwork, it’s usually because they’re in a party and communicating via mics.

In Battlefield, teamwork is forced upon you . . . and I loved it. Let me recount a scenario for you.

An enemy tank and 4 infantrymen, one of whom was a sniper and the top scoring player for the opposing team, had lodged themselves at a flag on a small island surrounded by shallow water and vegetation. Several ridges allowed our team to get reconassiance, but there was only four of us available to take back the base as the rest of our team was busy defending our remaining outpost. This is exactly what happened, step by step.

Me (assault class) poked my head over the ridge and laid down a few shots, two or three which barely grazed the enemies. They returned fire and downed me. The guy behind me promptly pulled out his medic kit and revived me and the guy next to me circled around the ridge, pulled out his sniper rifle, and picked off one of the exposed enemies with a head shot. As me, the medic, and the sniper quickly drew our weapons and began to shred the enemy infantry, our fourth member had patiently circled behind the group and unloaded both his anti-tank rounds to destroy the tank.

This type of play is common in Battlefield and you know what’s neat about it?

None of us had mics. That’s right, the way the classes and vehicles were structured indirectly contributed to seamless teamplay. In a way, it represented "Modern Warfare" better than . . . well . . . the Modern Warfare series.

I’m not saying that using kill-streak after kill-streak to decimate the opposing team isn’t fun, but is it balanced? Is there anything worse than joining a game only to find your team down by 20 kills AND that the opposing team has predator missiles, airstrikes and sentry guns out the ass?

By substituting specific classes and vehicles in the place of kill-streaks, EVERY team has a chance to win EVERY time with the exception of the most extreme circumstances.

Every team, no matter how poorly they are doing, have access to the same resources as their opposition. With each team essentially having access to the same tools, good teamwork can quickly retake a lead permanently. A team can have a 50 "ticket" lead and still get decimated by a well placed counter attacks that retake all the flags or one well placed bomb.

Getting shredded by vehicles closely guarded by infantry? Team up two or more anti-tank classes so that you can take out the tanks in one cooperative shot. Getting sniped by one guy on a hill? There’s no such thing as a universally good sniping spot in battlefield, and chances are a static sniper will quickly get overwhelmed by numbers.

Chances are that fans who prefer one game over the other have made up their mind for good, regardless of what I say. If you are new to the FPS game and are debating what to get this holiday season however . . .

Give Battlefield 3 a try.