When we hear an angry parent, police officer, judge, or the news media decry the terrible nature of video games and the awful things they supposedly make gamers do, our industry collectively sighs. It's the natural response when nothing else seems to change their minds. But what's the contingency plan for when one of our own jumps ship?

Because in a recent article from Rock, Paper, Shotgun, DICE Executive Producer Patrick Bach discussed why gamers won't be able to shoot innocent civilians in Battlefield 3, and his reasons are very telling:

In a game where it’s more authentic, when you have a gun in your hand and a child in front of you, what would happen? Well, the player would probably shoot that child…[I]f you put the player in front of a choice where they can do good things or bad things, they will do bad things, go to the dark side — because people think it’s cool to be naughty, and they won’t be caught. 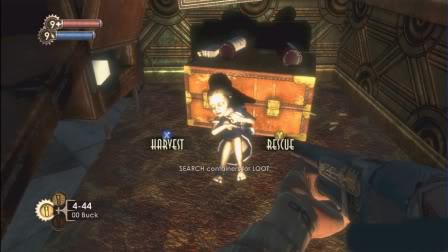 Were players that evil when they played BioShock?

Avoiding the subjectiveness of "good" and "bad," I have to wonder if Bach isn't just disguising fear as fact. I'll admit that I've stabbed an innocent chicken or two in Zelda over the years and that a SimCity or three may have fallen to my megalomaniacal behavior. But have gamers really given the industry good reason to fear what we might do if given the freedom to make our own right or wrong choices?

Morality has become a major game element lately. We find ourselves confronted with choices that range from pure evil to holier-than-the-Pope. I usually lean in the latter direction. One example that sticks with me is the first Little Sister you encounter in BioShock. Their creator stands high on a balcony, pleading with you to save her little experiment, begging you to recognize its innocence, while your guide hammers it into you that destroying Sisters will give you resources you need to survive. Hold the struggling, terrified child in your grasp, and the choice pops up: "harvest" or "save."

I won't say I wasn't curious what "harvesting" meant, but I wanted no part of it. Later, I did go back and take the "harvest" option just to see what it truly entailed. I've never felt more uncomfortable or guilty in my life.

Another instance that made an impact hails from the Mass Effect series. Its "Paragon" and "Renegade"  options (like BioShock, avoiding conspicuous "good/bad" language) appear as both dialogue options and quick-time-event choices, allowing for a little instant gratification. I always play the game toward the Paragon (good) ending. To be sure, Renegade gets the job done quicker, but for me, that doesn't make the experience better.

Pre-ordering Mass Effect 2 gave you access to the Terminus Assault Armor, which basically encases Shepard in the most badass, evil-looking armor possible. In one playthrough, I threw it on with the express intention going full Renegade. But after saying three really nasty things to Tali, I discovered I was not enjoying myself. I took that armor off, went Paragon again, and the game became much more fun.

Then you get to something like the "No Russian" level in Call of Duty: Modern Warfare 2. You play as an undercover U.S. operative in a terrorist cell who must gun down innocent civilians in an airport to maintain his cover. Some countries banned the game right there.

"No Russian" required you to do something unquestionably evil — even if only by doing nothing to stop the massacre. Patrick Bach doesn't want anything that extreme in Battlefield 3 because he believes any given gamer will rip right through those civilians (as some people undoubtedly did in MW2). By taking away the option — or rather, by not including it at all — Bach can maintain an artificial morality in his virtual world. 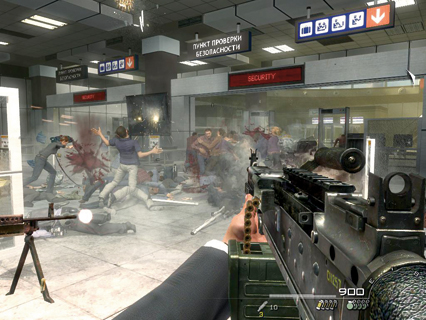 I have trouble believing all gamers consistently do the absolutely worst things possible in their games simply because they can. But even if they did, Bach's decision to "build our experiences so we don’t put the player in experiences where they can do bad things" doesn't make players into better people. It might satisfy the morality police, but it's just another way to try sheltering the world without actually protecting anyone.

As far as moral choices go, it's a big one. At least I trust you to make the right choice.

Justin Brenis is editor-in-chief at Pixel Perfect. You can find the site online at www.pixelperfectmag.com or on Twitter @ThePixelPerfect.