Yes, we get it already.

Those who frequent gaming sites as of late cannot deny that you can't toss a cat fifty feet without being reminded how difficult From Software's latest title, Dark Souls is. Gaming journalists are using every bit of hyperbole to describe how soul-crushingly, mind-numbingly, cat-throwingly hard this game is.

Just…Just stop it, internet. You're embarrasing yourselves. 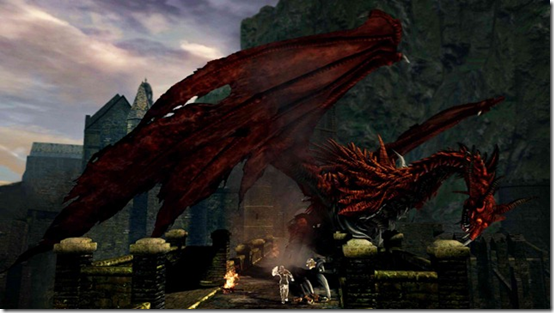 Is Dark Souls harder than MOST games? Indeed. Does the game scale higher in need-of-gaming-skill than most? Absolutely. But, is this 'spiritual successor, but please don't call it a sequel or Sony will get angry' video game REALLY that tough? Is this title so hard that controllers will be thrown, boxes of kittens will be kicked and babies will be given the middle finger in frustration?

Yes, if you're stupid and impatient.

Allow me to explain the two-step process of cause and effect that occurs when the majority of players step into the realm of Lordran. The equation is simple. However, if you start to feel dizzy or nausious, please sit down and go back to playing Modern Warfare. You'll be fine soon, I promise.

Gamers are dumb. Really dumb. They run into rooms, kicking in doors with guns blazing only to get shot up. They throw grenades in a wanton fashion, only to kill their own teammates. Given the opprotunity, gamers will even get REALLY confused and have their avatar break out into dance while they should be healing their tank.

I think you get my drift. Gamers make very bad decisions, and they are not to be completely blamed.

Game design in the last decade has made it so that gamers HAVE TO BE held by the hand, lest they fail to understand that you need to hit seperate buttons in order to jump and shoot. In the age of the overly-long tutorial, the 'Souls' series bucks the trend and opts to throw the player to the giant, blood-smeared wolves.

The result? Gamers panic and get stupid very fast. Without the invisible hands of the developers to lead them through, the gaming population quickly devolves into a quivering mass, blindly stabbing at every wall and forgetting that their character in Dark Souls has this thing called a SHIELD. Trust me, I've watched enough bloodstains in this game already to see some of the stupid mistakes that my fellow players have made.

However, this stupidity that I am refering to isn't completely caused by the lack of a guiding light. The fact is that today's gamer just isn't prepared to play a game like this without A LOT of trial-and-error. And I mean, a lot. Dark Souls is a game that requires you to take every enemy, no matter how cannon foddery they look, in a serious manner. 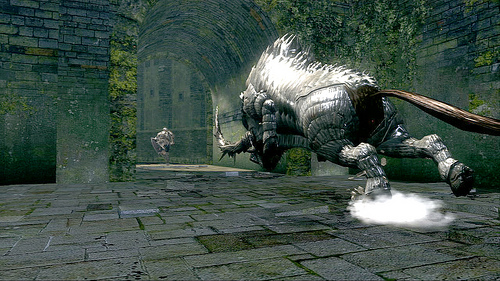 Don't let your guard down just because he starts singing "Hakuna Matata".

How can the typical gamer even attempt to begin doing this without dying over and over? After all, we're talking about a generation of gamer that is used to being presented with enemies that might as well bend over in submission.

Of course, some gamers are just plain dumb. Nothing can account for that section of gamer who thinks that the greatest fighting game of all time is Mortal Kombat vs. DC Universe (true story, sadly).

This leads us to the effect of stupidity: Impatience.

Once stupidity has fully set-in and the typical gamer has died…a lot, a response is required. The gamer will tend to respond in one of two ways: submission or anger. The former means they will quickly turn the console off and curl into the fetal position. The latter, however, only perpetuates the cycle. Allow me to explain. 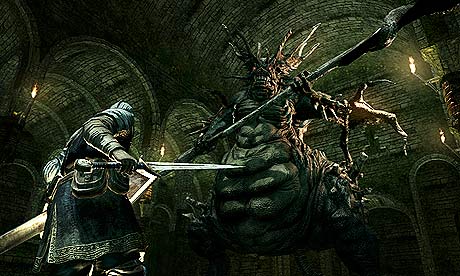 Dark Souls requires a lot from the gamer in order to progress. The player needs a plan and they need a gaming ethos. While playing with my girlfriend last night, two televisions set up next to each other, she mused that Dark Souls projects the personality of the player in their playstyle. She plays the game in a meticulous fashion, slowly moving from area to area. No stone is left unturned. My playstyle is that of preparedness. I properly equip and and lay out a plan that leaves me ready for any situation.

To say that Dark Souls can bring out the worst in players is one of the great gaming truths of 2011.

This very reason is why a majority of gamers will fail continually. They will die in the same spots. They will die while trying to recover lost power. They will die from the same fire-breathing dragon over and over. Eventually, their patience will run thin. At this juncture, a player's plan, no matter how strong or weak it may be, gets thrown out the window. No longer will players think clearly. The player will rush headlong in frustration, only to meet the same fate again and again.

The fact is that most gamers are not built to play this game. That is alright. That contingent will play the title for a few hours, give up, and have a nice anecdote to tell others about how hard Dark Souls really is.

The rest of us, myself included, will show our trophies from beasts slain and weapons obtained in pride. Most importantly, I will still laugh every time the Gamestop clerk with the hookah-shell necklace and the Beiber haircut regales over how Dark Souls was just too hard for him.

I wouldn't have it any other way.

[Writer's Note: I realize that I'm probably invading on the fallacy of questionable cause by using cause and effect somewhat improperly, but I don't care. It's my aritcle! MUAHAHAHAHAHAHAAAA!]