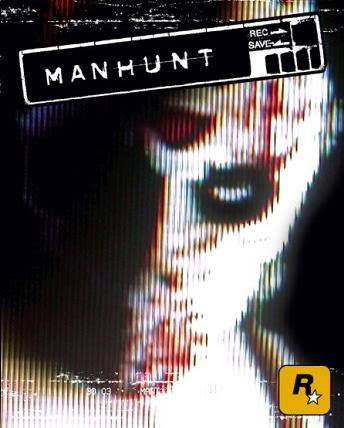 During this season of fear; The Best of Gaming Horror has discussed games that have pit gamers against the worst creations of science, the undead, and creatures from other worlds. But we always seem to forget that humans can be the most terrifying demons of all.

The subject itself is controversial but Rockstar Games has been no stranger to controversy. For anti-video game activist and moralist; if Grand Theft Auto III was the most morally bankrupt game, they were in for a shocker. In 2003, Manhunt broke all the boundaries for what was considered acceptable violence and had gamers explore the depth of human terror.

Gamers take on the role of James Earl Cash; a convict who was thought to have been executed only to wake up in an abandon room. He is greeted by film director Lionel Starkweather (aka The Director) who informs Cash that he has been given a second chance and will earn his freedom if he participates in his snuff film. These films will involve Cash murdering people at different locations for Starkweathers amusement or risk getting killed.

Manhunt is suppose to be a stealth action game but it’s difficult to compare it to Metal Gear Solid, Splinter Cell, or Hitman: Contract. The combat method and the gameplay are heavily reliant on stealth. It is to the players’ advantage to avoid detection while disposing of hostiles silently.

But at is core it’s a horror game in the traditional sense but the horror gamer must over come is that of human nature. The basic premise is about a man being hunted by other people. Overall this is a modern retelling of Richard Connell’s classic story, The Most Dangerous Game. Unfortunately that is only a tip of the iceberg regarding the disturbing nature of the game! The player is expected to perform brutal acts of murder in torturous manners for the amusement of the Director.

The game presents a character study of two evil men, one is a death row convict while the other an artist with a sinister ambition. Its never explained what Cash did, but one can assume his sins are pale compared to the atrocities of Starkweather. The vileness of Starkweather further is driven by the performance of Brian Cox, well known to horror fans as the first actor to portray Hannibal Lecter in Manhunter (but lets save the Cox vs. Hopkins debate for another time).

While Manhunt was praised by critics for its dark tone and raw nature; its success was overshadowed by the storm of controversy that followed. The game has been banned in multiple countries while some had to rewrite their rating the code to accommodate Manhunt. But the biggest controversy involved its false connection to the 2004 murder of Stefan Pakeerah.

Despite the controversy; Manhunt was successful enough to be a followed by an equally controversial sequel. Manhunt 2 abandoned the human hunting tone in favor of a horror game that was more influenced by Jacobs Ladder.

Any old school gamer will admit that Manhunt is a disturbing game, but this was around when horror films like Saw and Hostel were popular. This was nothing more but the gaming industry participating in a pop culture trend. But some credit needs to be due for its attempt at actually making a horror game that had a focus on fear rather than solely on grotesque violence.