"Stop laughing at me, Shao Kahn!" I yell at the TV, much like Billy Madison's bathtime rebuke of a swan faucet. But he doesn't. The skull helmet rocks back and forth, his condescending cackle echoing through the living room. Again I lie broken admist my own thick, jam-like blood, wondering if my battered patience can withstand another barbed insult from Mortal Kombat 3's final boss.

But I perservere. I bought Mortal Kombat Arcade Kollection to relive my childhood, and that snivelling little wimp who hadn't even driven a car yet could beat it. So I should be more than able! 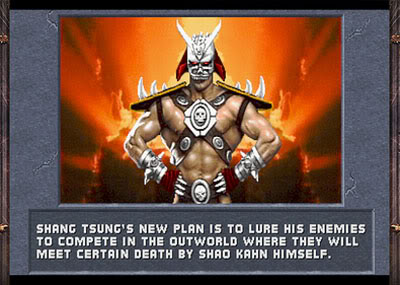 I think back a fortnight ago to my bittersweet triumph of Mortal Kombat 2. The battles were tought, fraught with cheap opponents gifted with foresight, dodging nearly every fly kick or spear I flung at them while dishing up their own unavoidable beatdowns. I could still recall that blood boiling cackle of Shang Tsung as he threw me to the floor for the umpteenth time. Kintaro's infuriatingly unfair aerial jump attack still coiled my fingers into a whitened fist.

Yet I perservered then, too. I studied Shang Tsung's movements and reactions like bacteria beneath a microscope, and I defeated him. Using its own AI against it, I fooled Kintaro into his demise. I even toppled Shao Kahn's sepulchral face and endured an ending that failed to unlock the achievement (how will people know I completed MK2?!) But still I remained calm. 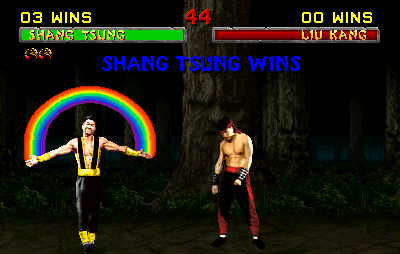 Now, with Sub Zero as my harbinger of justice, I dried my hands of sweat, took a deep breath, and pressed Continue. Again.

It was a skin crawling bout. Time after time I froze Khan in place and combo'd him until he was as frayed as my psyche. His intimdating frame collided with the ground and didn't move. Yes! Finally, a victory! But it was far from over. Round 2 heightened the tension; Kahn must have taken it easy earlier in order to make his apparently inevitable win sting all the more fiercely, as every attack I launched suddenly became useless. My nerves were on a razor's edge as I realised my meticulously won fight in Round 1 would be all for naught if I couldn't hold it together for the decider.

The final round began. Palms sweating, eyes straining, heart thumping, Khan rushed at me. He moved so rapidly that a trailing accordion of images of himself marked where he was a moment ago. But I had seen this technique before. Khan would not have me so easily this time.

We trade blow for blow. The battle is drawing to a close. Both of us have a minute amount of health left. The next attack to connect will win the fight. Shao Kahn fires a projectile ball of green death at me, but my focus is honed. I deftly somersault over it, extend my leg in mid air, and … 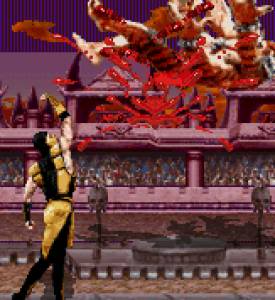 Yes! The kick connects! Khan bellows in agonised embarrassment. The screen flashes black and white to emphasise my victory. I finally did it! After all my spent patience, bottled temper and numerous attempts, I bested the seemingly invincible …

Wait. Why isn't anything happening on screen? This is a pretty dull ending. I know this game is ten years old, but still –

Then it dawns on me. I push the centre X button on my Xbox controller. The menu doesn't appear on screen. It's unresponsive. My console has just frozen.

As I start smashing the closest pillow, rage bubbling to the surface, I know somewhere, even if it's just in the back of my head, Shao Kahn is having the last laugh. Shao Kahn always wins.