Thanks to the Internet, we’re able to play our favorite multiplayer games with people from all around the globe. That’s something we couldn’t have even dreamed of doing just a couple of decades ago. But now we have to face the fact that with every online match we have, there’s a chance we’ll bump into some jerks we’d never want to meet in the first place, let alone share our free time with. 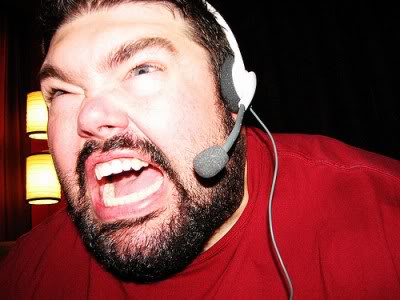 While the people in charge are still developing ways to keep trolls away from our games, I came up with a few simple features that should either keep annoying people away, or at least persuade them to tone it down a bit.

This is a request for new shooting games in particular, and it would perform pretty similarly to Call of Duty’s Last Stand. Last Stand is a perk that allows you to retaliate against an enemy who’s depleted your entire health; you get to draw your side-arm one final time and try to take your enemy down with you.

In this case, it wouldn’t necessarily be a perk you can choose to bring to the battlefield. Rather, it would be a default move you can perform whenever you bite the dust. You’d just lie there and wait till you’re respawned back to action. And then, with the press of any button, your corpse would stab the testicles of anyone doing a teabag on you.

Teabagging is one of those obnoxious behaviors that new players tend to emulate, just because everyone else does it. What better way to eradicate it from gamers’ habits than by punishing them accordingly?! 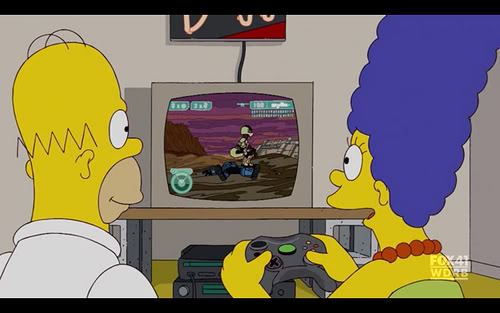 We’ve already covered this topic before. Most times, a youngster’s definition of having fun is way different from an adult’s.

For them, winning means everything, and if their team is losing, they’ll rage-quit the match and look for another one. They also don’t like playing as a team; in fact, they find killing a team member to be the funniest thing on Earth.

These are some of the reasons why we don’t like to share our games with kids. I mean, age limits in sports exist for a reason, right? 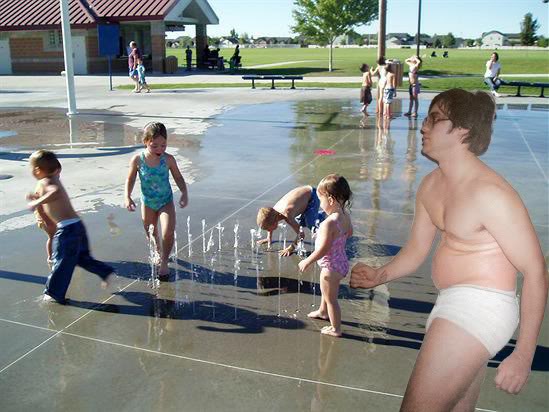 I see a black-and-white car in your future.

That’s why we need an adults-only area with a secure way to keep these brats out of our games. As an example, I can’t help but take my hat off to the clever age verification system of MyCrysis: 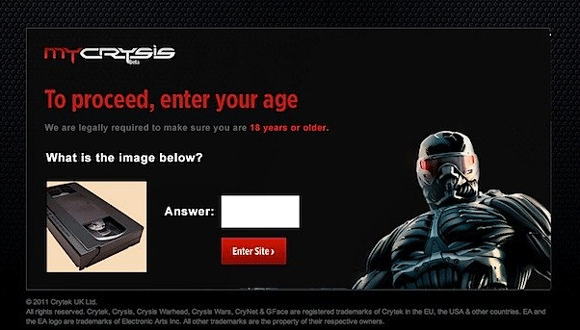 Can you crack this one, kids?

Much of the nasty behavior we get during our online sessions is credited to the annoying way players make use of their headsets.

They’re the reason why we can’t play online games openly in front of our families, children, or significant others. Our partner, Mark Freedman has already covered this topic quite extensively before, saving me the hassle of describing some of the worst offenders.

Even though a psych profile –like the one in Halo: Reach– is a good idea for filtering those creepy bastards out of our online matches, I confess to not often using it, since it limits the number of players you can play with, which means waiting longer in the lobby for an available party.

But this problem can be dealt with by implementing a simple Silence All feature.

I mean, you can individually silence anyone who’s creeping you out through their microphones, but in order to do that, you have to pay attention and identify the offender during the heat of a skirmish–which is not easy, considering that most gamertags out there are some kind of leetspeek vomit–and then find the bastard in the party list and silence them. It’s not easy. 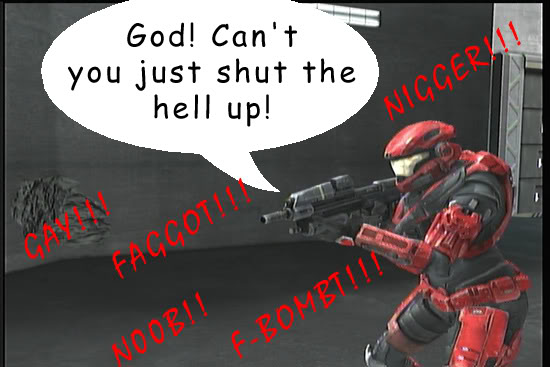 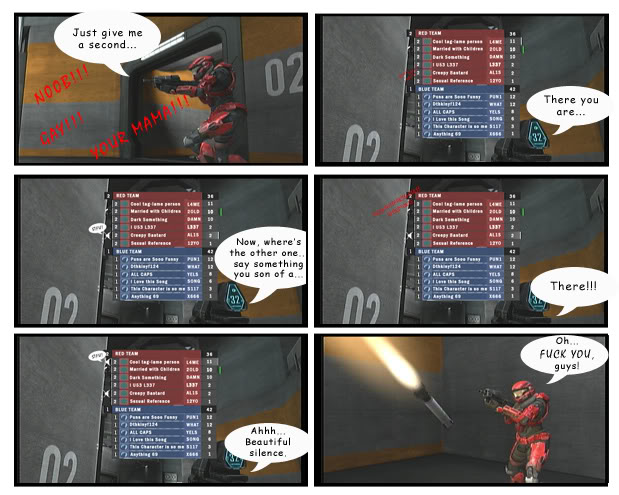 Any other thoughts? Any other measures you consider necessary to expel trolls from your games? Speak in the comments.