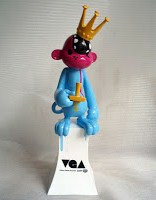 It's that time of the year again folks. The last month of the year means we have to spend one of our weekend nights watching Spike TV for the Video Game Awards. The VGA's is like a dentist appointment. I don't look forward to going, but I have to go. The VGA's might not be fun to watch, but they do matter. Here's why. 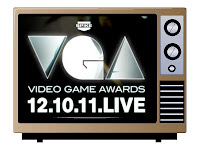 It's on TV
The VGA's matter because they're the only televised videogame awards show around. All the other videogame award shows (the IGA's, GDC's, etc) are invite only. I usually find out who won those awards after they happen via Twitter or a gaming website. With the VGA's everyone's invited. All you gotta do is tune in to Spike TV tonight at 8p ET / 5p PT and you're there. The best part is seeing the games win in real time and and having a collective conversation about it on Twitter with other gamer. 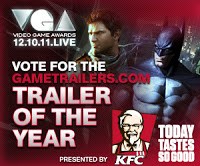 New Game Announcements/Trailers
It wouldn't be the VGA's if we didn't get trailers and announcements for upcoming games. I would say after E3 the VGA's is the place to find the most announcements for new games. There's a rumor going around that Tony Hawk is announcing a new videogame tonight. I'm curious to see what that games gonna be like. I also heard that a new trailer to Mass Effect 3 will be shown tonight. That should be interesting.

Can You Say Game of the Year?

The VGA's kicks off the award giving season we get in videogames this time of the year. I figure since we're all able to watch the show, we should allow the VGA's to be the first to give it out the Game of the Year award. I'm probably going to disagree with their choice since the game that's on my list wasn't nominated, but that's besides the point. At least we all find out who won their Game of the Year award at the same time. It's not like I'll wake up in the morning to people spilling the beans that (insert gaming website here) gave out the Game of the Year Award.